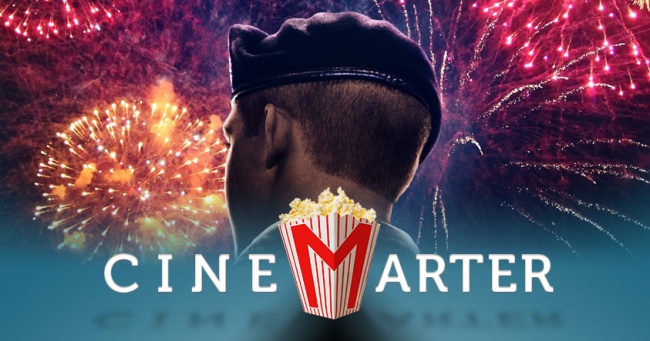 In a week where nothing new came out – Incarnate wasn’t released here – I guess I finally have time to talk about Billy Lynn’s Long Halftime Walk.

Ang Lee has had one of the oddest filmographies around, jumping from Sense and Sensibility to Hulk to Brokeback Mountain to Life of Pi, but he may have made his worst movie in 2016, because Billy Lynn’s Long Halftime Walk is pretty much straight-up garbage. And not in the almost admirable garbage that Hulk was – almost unwatchable, actively frustrating garbage.

The story – what thin story there is – is set during the final day of a celebration tour for a bunch of soldiers after coming home from Iraq. The eponymous Billy Lynn (newcomer Joe Alwyn, a problem in his own right), performed a heroic action, was photographed doing so, and now he and his comrades are getting honored. Most of the tour has already happened; now we’ve only got the last day, which is set to take place at a Dallas Cowboys football game, at which the group will participate in the halftime show. 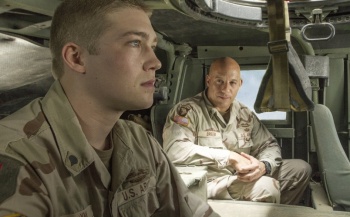 Does a single interesting thing happen leading up to the halftime show? Not really. Lynn meets a cheerleader (Makenzie Leigh) with whom he immediately falls in love, and he and his sergeant (Garrett Hedlund) have an animated conversation with the Cowboys’ owner (Steve Martin), but is pretty mundane. The hook here is that simple things trigger PTSD flashbacks to Lynn’s time during the war. Well, “hook” is a bit of a stretch, considering all the flashbacks do is halt narrative momentum, taking us away from anything potentially interesting in the current story.

Then again, even the timeline taking place in Iraq isn’t particularly interesting. Lynn gets preachy advice from Shroom (Vin Diesel), does some training, and then there’s a shootout during which time the heroic act takes place. The shootout should be at least partially enjoyable, but it looks like it takes place in the Mojave Desert and hardly ever even features both the good guys and villains in the same shot – they all just shoot at one side of the screen with the implication being that they’re firing at the enemy. You know, filmmaking techniques we abandoned after we figured out how to pretend to shoot people – and particularly poor coming weeks on the heels of Hacksaw Ridge.

Billy Lynn’s Long Halftime Walk is a tech demo disguised as a feature film that the filmmakers thought they’d be able to sneak past us under the guise that, well, you can’t hate a movie about heroic soldiers, right?

Of course, we’re not going to care about the soldiers considering there’s almost nothing to any of them – including Lynn. They’re all the same character, so trying to remember names, or which ones have kids or families, is an impossible feat. This isn’t helped by some mediocre-at-best acting. Joe Alwyn is being “introduced” here, meaning it’s his first major role in a feature film. You know why we typically hire experienced actors for leading roles? Because they’re good at it. You know why inexperienced actors usually start with bit parts? Because that’s all they can handle. Alwyn is an emotionless void – and it’s never chalked up to being because of his wartime experiences; Alwyn just doesn’t show any capability of emoting.

No, it quickly becomes clear that this is a tech demo for Ang Lee that happens to tell a story that hopes to capitalize on the American Sniper marketplace – with the hope that people will refrain from criticizing under the fear that if they do, they’ll be accused of hating the military. The tech demo part comes from the highly touted 120 FPS and 3D presentation, whose proper form is only available in a handful of cities anyway. I can’t comment on that – although I did see The Hobbit in 48 FPS and it didn’t help – but I can say that neither high framerates nor 3D would have made the story, characters, or action scenes any better.

The only thing that I wonder about was the odd decision to have many, many scenes shot in character POV. Sometimes, although it feels random and inconsistent, we’ll jump into Lynn’s POV and be talked at by another character. Why? I don’t know. But it’s unnerving and distracting, and makes already hokey dialogue sound sillier. What was Lee thinking? It’s like he forgot his almost 25 years of experience in order to make this trash.

I have a few other small tidbits. Focusing heavily on “Destiny’s Child” – without being able to see their faces because the filmmakers couldn’t actually get Destiny’s Child takes you out of the experience even further. Hire the actual band or change it to someone you can get. There’s a feud between the soldiers and some of the Cowboys’ staffers which might honestly be the stupidest thing filmed in 2016. The staffers attack the soldiers – repeatedly, over the course of the film – for no reason. And on a positive note, Garrett Hedlund and Kristen Stewart are both pretty good. Hedlund, especially, since he had a much bigger role, is really solid.

Billy Lynn’s Long Halftime Walk is a tech demo disguised as a feature film that the filmmakers thought they’d be able to sneak past us under the guise that, well, you can’t hate a movie about heroic soldiers, right? Yes. Yes, you can. This is a technically inept movie featuring asinine dialogue from characters we don’t care about and who do nothing of interest – with a momentum-challenged narrative dragging us through a nearly two-hour facepalm-worthy experience. What a waste of talent, time, and money.

Recommendation: It’s borderline unwatchable so even as a late-afternoon cable watch, it’s not something I’d suggest watching.

World of Warcraft‘s new Make-a-Wish Pet Mischief is Adorable, Avalaible as a Plushie