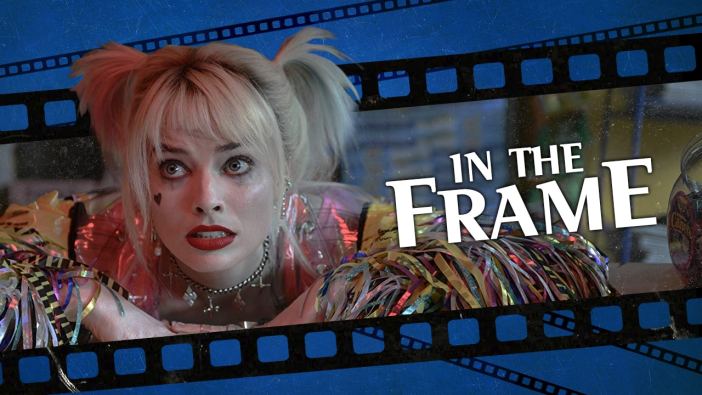 “Do you know what a harlequin is?” Harley Quinn (Margot Robbie) asks Dinah Lance (Jurnee Smollett-Bell) early in Birds of Prey. Harley drunkenly answers her own question, explaining, “A harlequin’s role is to serve. An audience. A master. It’s nothing without a master. No one gives two shits who we are, beyond that.”

This is a statement of purpose for Birds of Prey. This is a Batman and Joker story, but without Batman and the Joker. Harley makes one explicit mention of “the Batman” while recounting her life story to Cassandra Cain (Ella Jay Basco), and the Joker appears in both a cartoon prologue and as a shoulder in a quick flashback origin story sequence. Birds of Prey is aware of both — especially through their absence.

Birds of Prey is populated with absent authority figures, drawn from both continuity and character. Renee Montoya (Rosie Perez) works in the Gotham City Police Department, but there’s no mention of James Gordon. Harley recalls her relationship with a father who continually abandoned her. Cassandra is the product of a broken home, her parents heard arguing but never seen.

Harley Quinn is a character who is defined by her relationship to the Joker, in a very literal sense. The character was created for “Joker’s Favor,” an episode of Batman: The Animated Series, to serve as henchwoman to the Clown Prince of Crime. She soon broke out, became the focus of her own stories, and made her way into the comic continuity, but until recently she was entirely defined by the Joker. 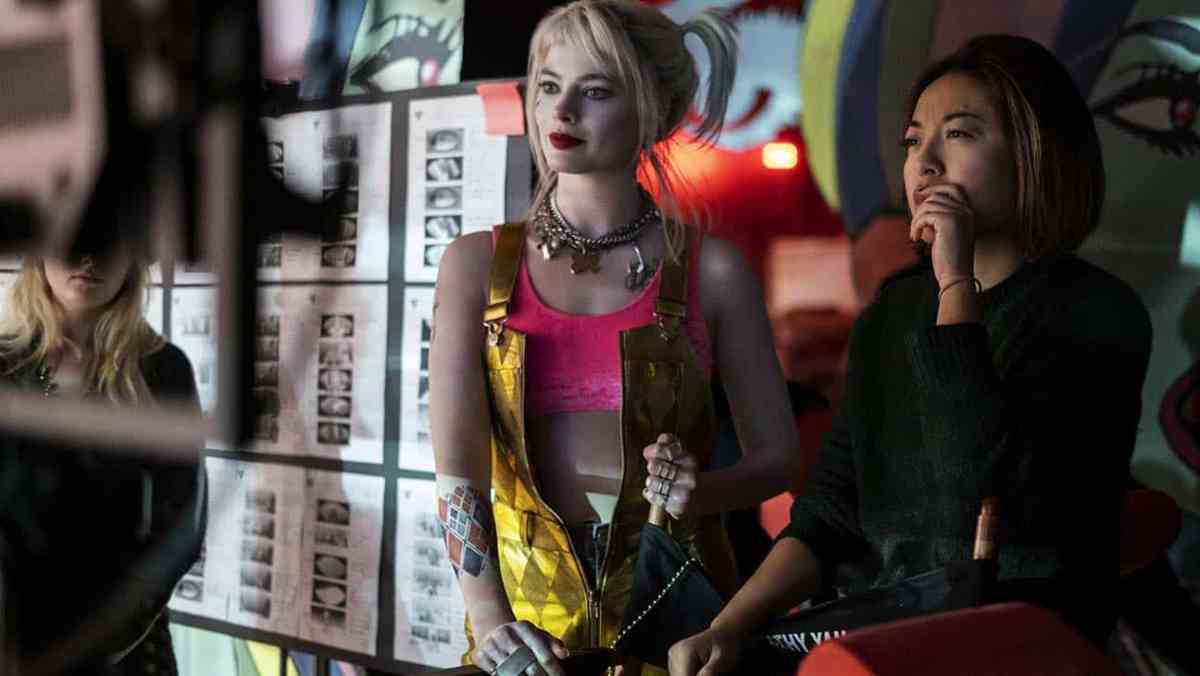 Birds of Prey literalizes this. While drinking at a nightclub owned by Black Mask (Ewan McGregor), the owner asks, “Will your paramour be joining us tonight?” Harley understands that her relationship with the Joker has protected her from the consequences of her actions, and that breaking from him makes her vulnerable. “You know you can’t stand on your own,” Black Mask taunts at one point.

Birds of Prey offers a similar and subtle mirror to Harley in the character of Helena Bertinelli (Mary Elizabeth Winstead). Known as “the crossbow killer,” Helena prefers to go by the name “Huntress.” Her origin story is tragic, but familiar. She witnessed the murder of her entire family and grew up to wage a war on crime. She’s also very grim and serious. Even to a casual observer, she evokes Batman.

There is an added layer to this. During the Bronze Age, the Huntress was a superhero alias of Helena Wayne, the daughter of Bruce Wayne and Selena Kyle. The continuity reboot Crisis on Infinite Earths wiped away that connection. The character was rebooted as Helena Bertinelli, destined to have a similar origin to Batman and to join the “Bat-family,” but orphaned literally and figuratively.

Helena is not the only orphaned member of the Bat-family in Birds of Prey. In comic continuity, ninja assassin Cassandra Cain would eventually become Batgirl. The version of Cassandra presented in Birds of Prey is a thief and hustler rather than a martial artist, but she still evokes another member of Batman’s extended family; the second Robin, Jason Todd, was introduced stealing the wheels of the Batmobile. 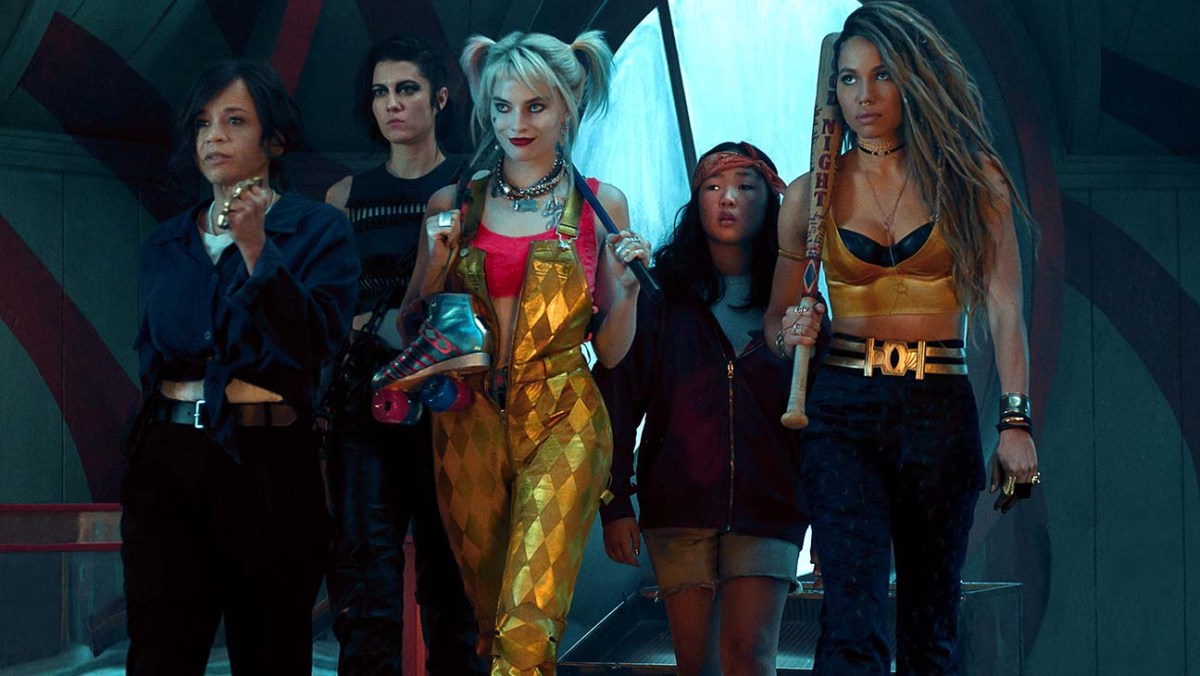 These absent fathers are a major thematic undercurrent running through Birds of Prey. The climax of the film features an extended confrontation between Harley and Black Mask, taking her from the Joker’s headquarters in “the Booby Trap” through to a creepy and neglected waterfront landmark named “Founder’s Pier” — a crumbling monument marked by statues to the long-absent great men of Gotham.

Birds of Prey is largely narrated by Harley, who tells it in an unfocused and non-linear manner that keeps doubling back on itself. “Wait, I’m telling it wrong,” she hesitates at one point. It is a frustrating gimmick that undercuts the film’s pacing, but it serves a strong thematic point. Harley doesn’t know how to tell her own story because she’s never been given the space to articulate herself.

It’s notable that Birds of Prey is a film that is fascinated by its characters’ voices. In the comics, Cassandra Cain has typically been introduced as mute, but this film reinvents her as a fast-talking pickpocket. Both Harley and Dinah get big musical numbers. At one point, with only the slightest narrative setup, Dinah weaponizes her voice against an army of goons.

At its core, Birds of Prey is a story about characters that exist at the edges of larger narratives. These are characters that have frequently been subject to continuity reboots and rewrites. They have long been the flotsam and jetsam of the shared universe. Harley herself was radically altered by the “new 52” reboot, which also erased a lot of Greg Rucka’s work developing Renee Montoya. 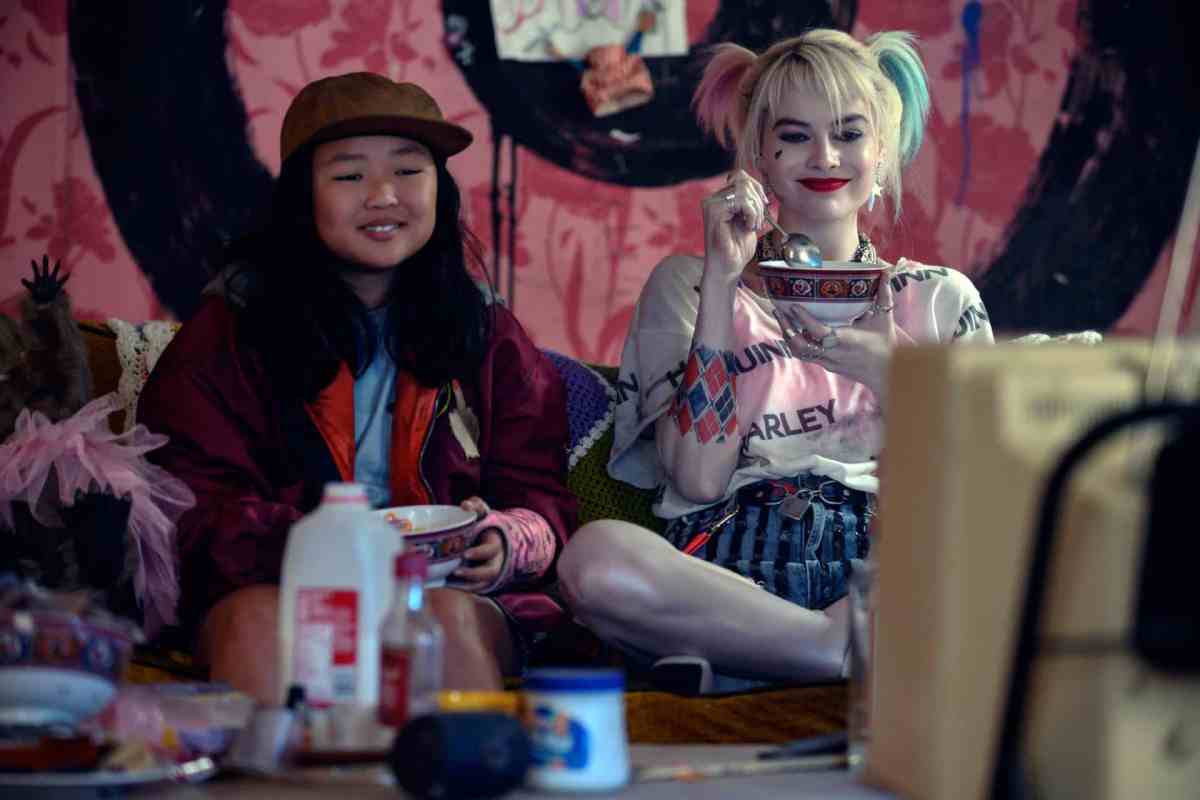 Even within the film franchise, the characters seem caught in continuity limbo. Margot Robbie debuted as Harley Quinn in Suicide Squad, opposite Ben Affleck as Batman and Jared Leto as the Joker. Two of these actors are gone, but the characters linger separate from Robbie as Harley. Joaquin Phoenix played the Joker in Joker; Robert Pattinson will headline The Batman. Where does that leave Robbie’s Harley?

It is notable that the film’s primary villain is the D-list Batman baddie Black Mask. The Black Mask’s most high-profile story, which briefly bumped him up to B-list status in the rogues’ gallery, found him brutally torturing and murdering Stephanie Brown. Brown was briefly the first canon female Robin, orchestrated strictly for dramatic effect to increase the impact of death during the “War Games” storyline. Editor-in-chief Dan Didio would later insist, “She was never really a Robin.”

As such, Birds of Prey affords these characters a sense of agency and dynamism that has often been denied them. It is notable as the rare women-led comic book blockbuster to be set in the present day. Wonder Woman, Wonder Woman 1984, Captain Marvel, and Black Widow are all period pieces, as if to trap the characters in history and deny them the chance to shape the future of the shared universe.

Birds of Prey is — on a very fundamental level — a story about empowerment and agency, about letting these characters cut loose from narrative conventions and expectations that frequently ensnare them. Free of these trappings, the characters can take flight. What is a harlequin without a master? Birds of Prey offers an answer: a lot more fun.