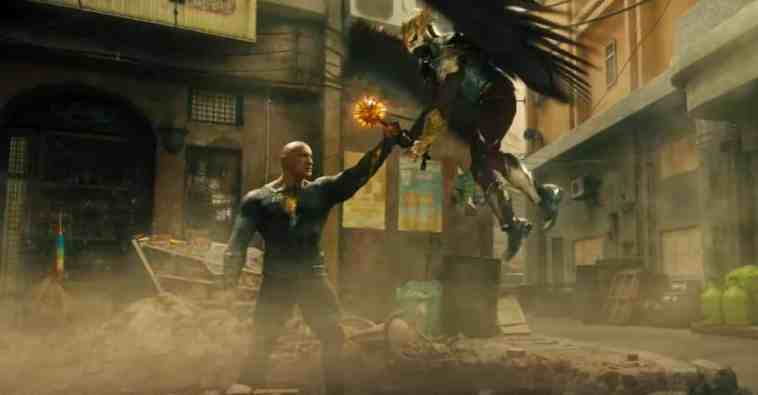 At San Diego Comic-Con (SDCC) 2022, Dwayne “The Rock” Johnson showed up to discuss and premiere some new footage of Black Adam, the upcoming DC Films anti-hero movie. The new SDCC footage isn’t really long enough to call a trailer, but it does show off a bit more of the Justice Society that will feature in Black Adam. Additionally, Viola Davis will return as Amanda Waller in the movie for some reason, despite being stonewalled pretty hard for her incompetence during The Suicide Squad.

The plot synopsis for the movie is pretty straightforward: “Nearly 5,000 years after he was bestowed with the almighty powers of the ancient gods—and imprisoned just as quickly—Black Adam (Johnson) is freed from his earthly tomb, ready to unleash his unique form of justice on the modern world.” In other words, Dwayne Johnson gets to kill bad guys while the Justice Society is like, “Hey, kill fewer people and be a cool good guy with us.”

This SDCC non-trailer footage should hold fans over till the release of Black Adam in theaters on October 21, 2022. And in related news, the Shazam sequel received its upbeat first trailer today.