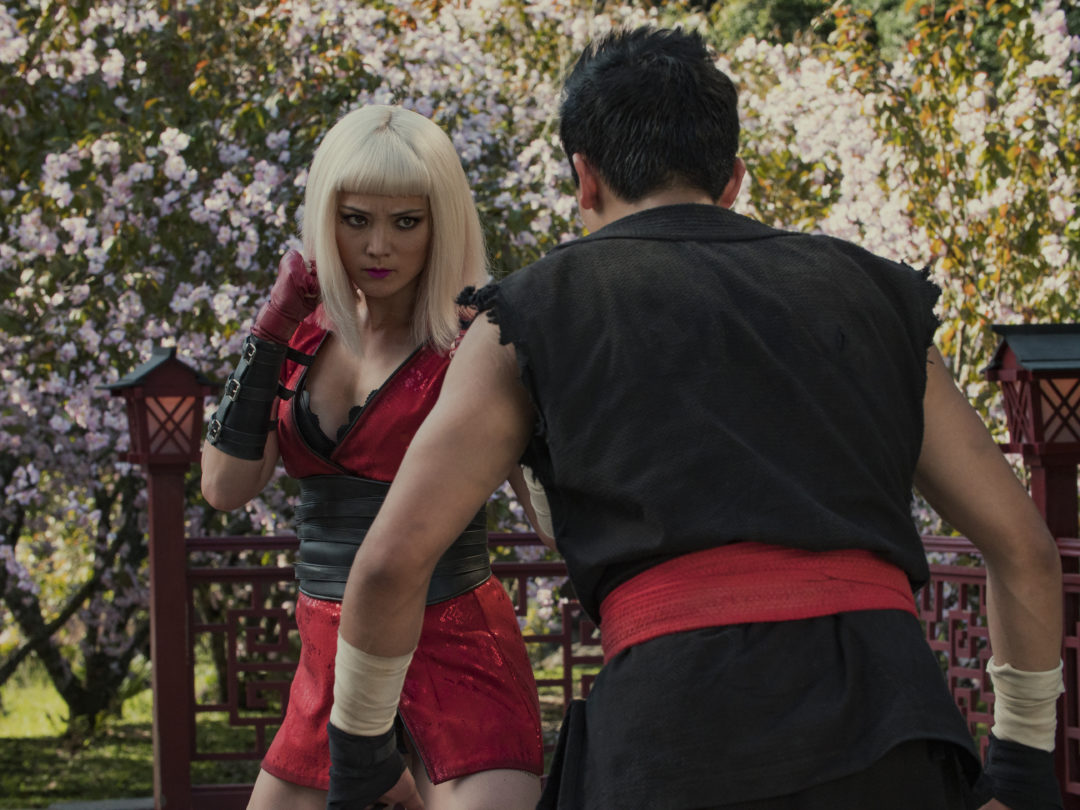 That’s not entirely an insult. It’s a genre designation. Exploitation refers to films or television shows that capitalize on the moral panic surrounding trendy, sexy, and controversial topics while exploring their underlying social issues.

One classic example of exploitation cinema is Abel Ferrara’s 1981 thriller Ms .45. The film’s hero, Thana (Zoë Tamerlis), is a mute woman who is raped by two different men in the course of a day. She manages to kill the second one, and takes his gun. Enraged and traumatized, she starts to take revenge on the entire patriarchal system that silences and abuses women. That includes street harassers, pimps, fashion photographers, wealthy Saudi businessmen, and her own creepy abusive boss.

The movie condemns sexualized violence, but also uses it for cheap thrills. It celebrates feminist resistance, while also leveraging it for moral panic. (The feminists will kill us all!) That’s what exploitation does. It takes sensitive issues, and treats them in a sensationalist way in order to draw in audiences fascinated by sex, violence and moral panic: in other words. almost everybody.

Sometimes exploitation narratives are ghoulish and ugly. Sometimes, though, they explore issues that more decorous media is leery of. 30 years after it aired, there still aren’t many movies that have imagined attacking the patriarchy as vividly as Ms .45 did.

For better and worse, exploitation is one of the core stylistic elements of Black Mirror. The series’ first episode, “The National Anthem,” is about the viral influence of social media on politics. Public pressure forces the British prime minister to have sex with a pig — an innovative way to use the old exploitation trope of linking some supposed social problem or other to spectacular and bizarre sexual violence. The fourth season episode “Arkangel” is Reefer Madness for helicopter parenting. The plot is about a mother who installs spy software in her daughter, which lets her not only monitor her child but prevents her from seeing  “inappropriate” or “scary” things. As a result the child becomes obsessed with sex, violence, and drugs, and eventually runs away. Overprotecting her kids caused all the bad things she tried to prevent. The episode is that exploitation perfect storm, a moral panic about moral panic.

“Striking Vipers,” written by Black Mirror creator Charlie Brooker and directed by Owen Harris, follows a similar vein. Typical husband and dad Danny (the MCU’s Anthony Mackie) starts playing a new game, Striking Vipers, with his old friend Karl (Aquaman’s Yahya Abdul-Mateen II). The game uses advanced virtual reality to place Danny and Karl in fighting bodies, with Danny a young Asian man named Lance (Ludi Lin) as his avatar, while Karl plays a woman, Roxette (Pom Klementieff). Soon they discover that play fighting isn’t as much fun as having sex with each other in the game. They start having a passionate, virtual affair that strains Danny’s marriage with his wife, Theo (Nicole Beharie).

The episode obviously exploits fears about online porn, sex addiction, and virtual reality. But even more than that, it leverages anxiety around queerness and technology as a feminizing threat. Gamers are stereotyped in popular shows like The Big Bang Theory as basement dwellers who lack the social skills to interact with women. Conservatives meanwhile rail against progressive social advances which have normalized marriage equality and gender diversity. Over the past few years, there’s been an especially strong backlash against trans people, with the Trump administration rolling back transgender protections, and supposedly feminist activists harassing and misgendering trans writers and speakers.

“Striking Vipers” exploits that moral panic. New tech lures Danny away from his stable heterosexual marriage with the promise of male bonding. That male bonding results in queer sex with Karl/Roxette who is male or a crossdresser or a trans woman, depending on how exactly you want to parse his investment in the video game. The episode is built around the scandalous shock of queerness; if Danny were having virtual sex with a woman gamer, “Striking Vipers” would lose a lot of its hip edginess and would just be another story about a mid-life crisis.

At the same time, the creators take some care to insist they aren’t condemning actual queer people. Danny says at one point that having sex with Karl/Roxette doesn’t feel like a “gay thing.” He even tests his attraction to Karl outside the game to make sure he’s not interested in men. Danny and Karl’s affair is ultimately deemed a virtual reality blip that doesn’t change their straight identity. The plot resolves when Danny admits what he’s been doing, allowing Theo to confess her own somewhat kinky sexual desires. Cue a swinging happy ending for all.

“Striking Vipers” is not only exploitation but a meta-apology for exploitation. Through the medium of a television episode you can enjoy the naughty rush of sexual moral panic around queerness without having to worry about actual prejudice or politics. It’s just a fun jolt of scandalous energy to spice up your evening.

“Striking Vipers” demonstrates that fantasies influence reality. The entertainment you consume can affect how you interact with friends, loved ones, or with yourself. When creators amplify or riff on cultural anxieties, fears, and prejudices, that affects real people, one way or another. In the best and worst exploitation tradition, “Striking Vipers” warns you not to treat others as a game. Then it goes ahead and does exactly that.