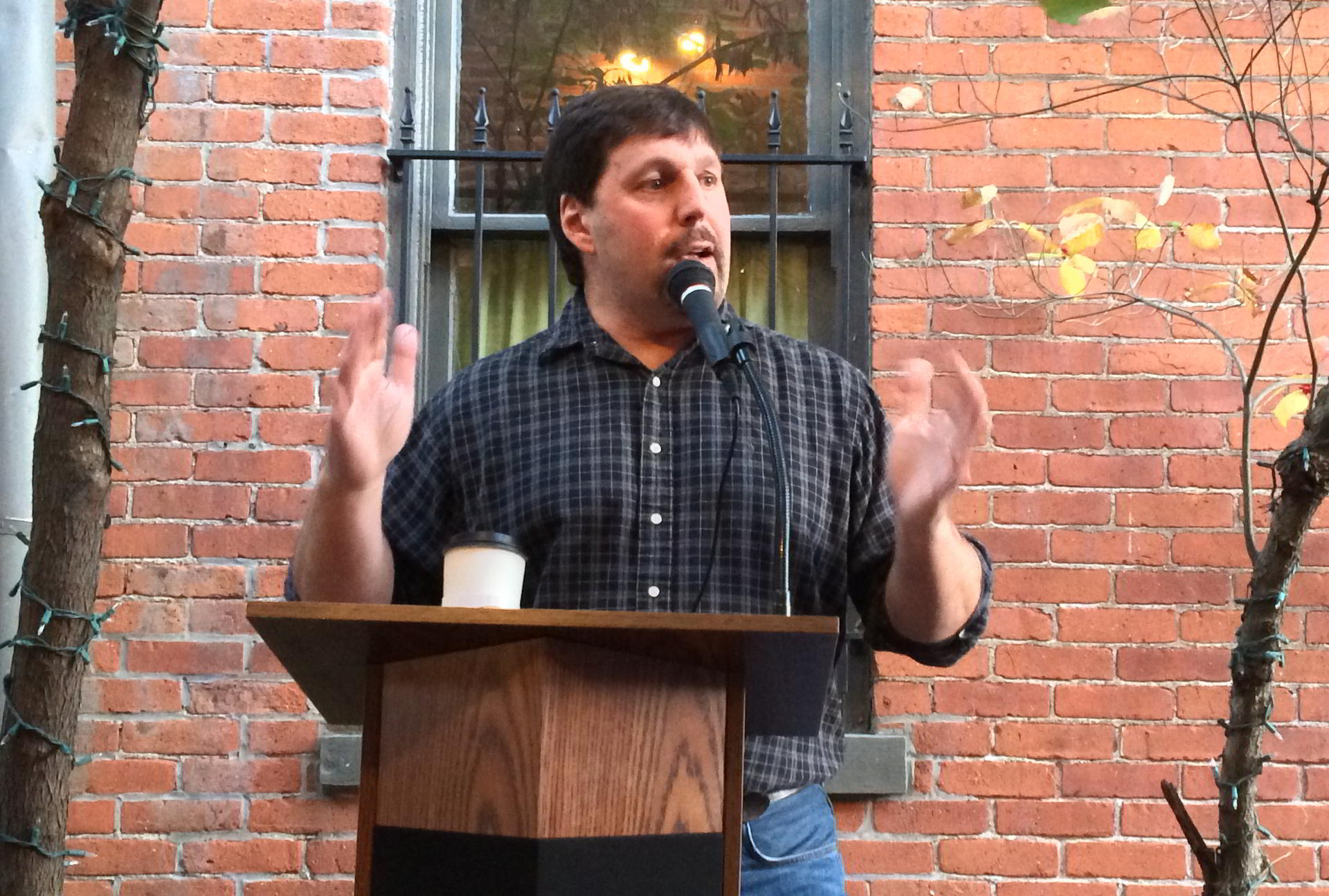 Editor’s Note: R.A. Salvatore has been a huge part of Wizards of the Coast’s Dungeons and Dragons Forgotten Realms universe. Since 1988, he has penned more than 40 fantasy novels that helped expand the lore for the tabletop RPG, including creating one of the game’s most influential NPCs, the Dark Elf Drizzt Do’Urden. David Craddock caught up with him at a book signing in Columbus, Ohio, to talk about his legacy in a three-part interview.

Every creator draws motivation from somewhere. For several years, R.A. “Bob” Salvatore drew from a wellspring visited by millions of parents each day. When fatigue set in, he would look above his monitor, where he had taped a paper showing the total amount of his children’s college tuition to the wall. The sight of all those zeroes set his fingers racing as fast as his heart.

Salvatore and I sat down to dinner the night of September 30, which marked the release of Rise of the King, Salvatore’s second published book in 2014. The first question I asked was whether he even bothered to pencil sleeping into his schedule. “Well, what happened was, for a few years, I was down to one book a year because I was working at 38 Studios,” he began. “When 38 collapsed, it left a big hole in my schedule and in my heart. So I called Wizards [of the Coast] and said, ‘Hey, instead of doing one Drizzt book a year, why don’t we crank up that schedule and do two a year?’ And they were like, ‘Uh, yes!'”

Returning to the Forgotten Realms and traveling by the side of Drizzt and his friends, the Companions of Mithral Hall, proved cathartic for Salvatore. The full-time author had doubled as 38’s Creative Director and had been intimately involved in penning the backstory for Kingdoms of Amalur and the ill-fated Project Copernicus MMORPG. “I needed to do that. I needed to bury myself in work just because I didn’t want to think about it. It was a painful experience.”

At a book signing earlier in the day, he announced two books on the slate for 2015. After that, he’ll dial back down to one per calendar year, but not because his fingers need a break. “I think we’re outstripping the readers. We need to give them time to settle in and catch up,” he admitted. 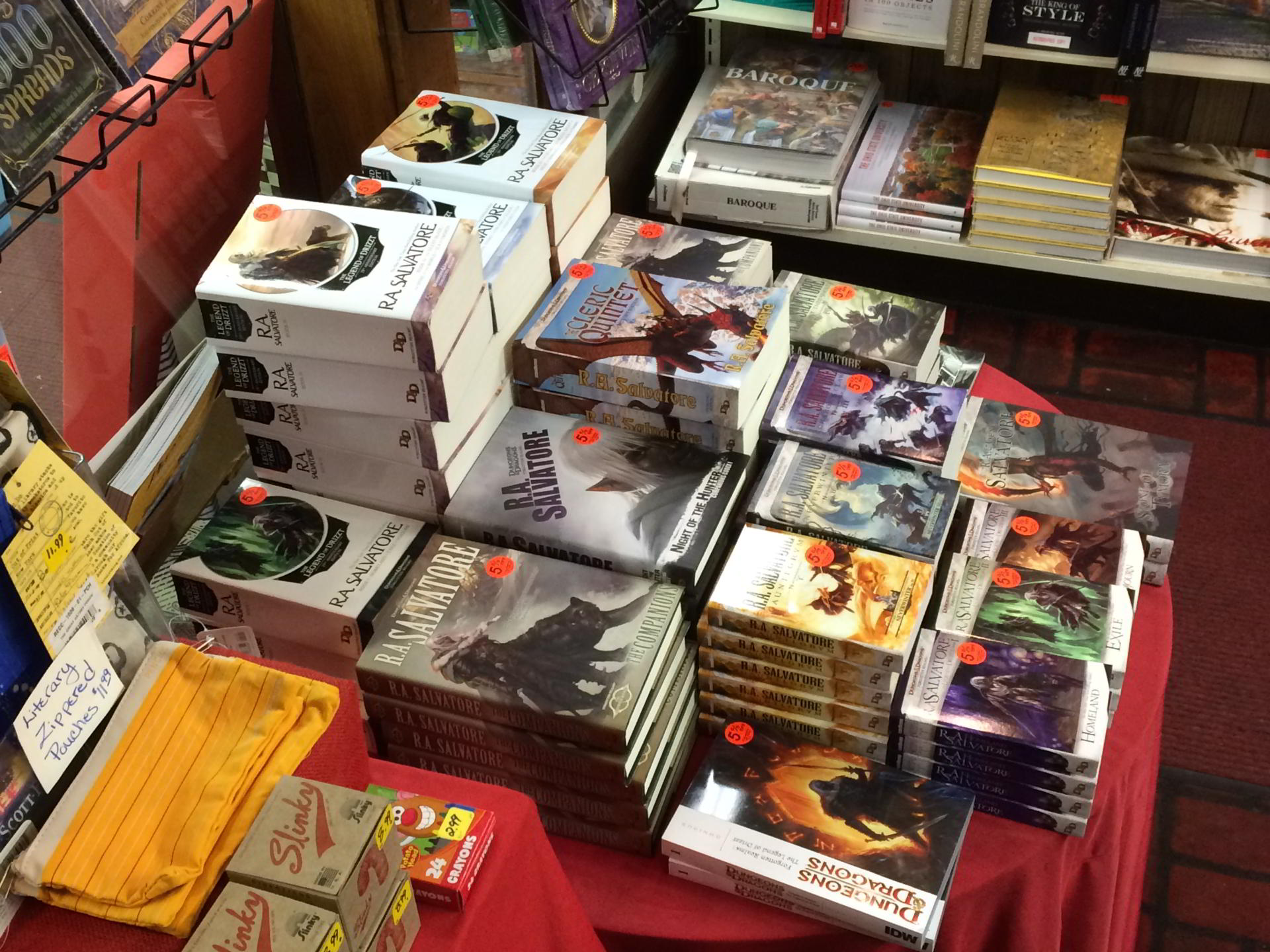 The publicists at Wizards are amenable to any schedule Salvatore wants to set. He’s been a part of the Forgotten Realms since 1988 when he published The Crystal Shard, his first novel and the first adventure starring Drizzt and his whirling scimitars. Twenty-six years later, both author and publisher are comfortable easing off the gas when necessary. “If I have a due date in August and the book doesn’t get done until November, that’s okay. I’ve been doing this for a long time, and there’s really not going to be a big edit [on any particular book]. It’ll be a small percentage, just around the edges. They’re not worried that we’ll have to [delay the release], or having to say, ‘Okay, you’ve got to throw this all out and redo it,’ which happens sometimes. But at this point, it’s completely under control. I know where I’m going and the characters are going to take me there anyway. It’s pretty laid back.”

Every two weeks, Salvatore, other Realms authors, and the publishing team at Wizards convene online or over the phone to discuss the state of the Realms. Traditionally, each Realms author stayed in his or her corner of the world. “I basically hide away from the main stories as much as I can, but we really don’t want to do that anymore because they’re licensing more now. There are a couple of computer games set in the Realms: Dungeons & Dragons Online, and Neverwinter, and I’m sure there will be more.” 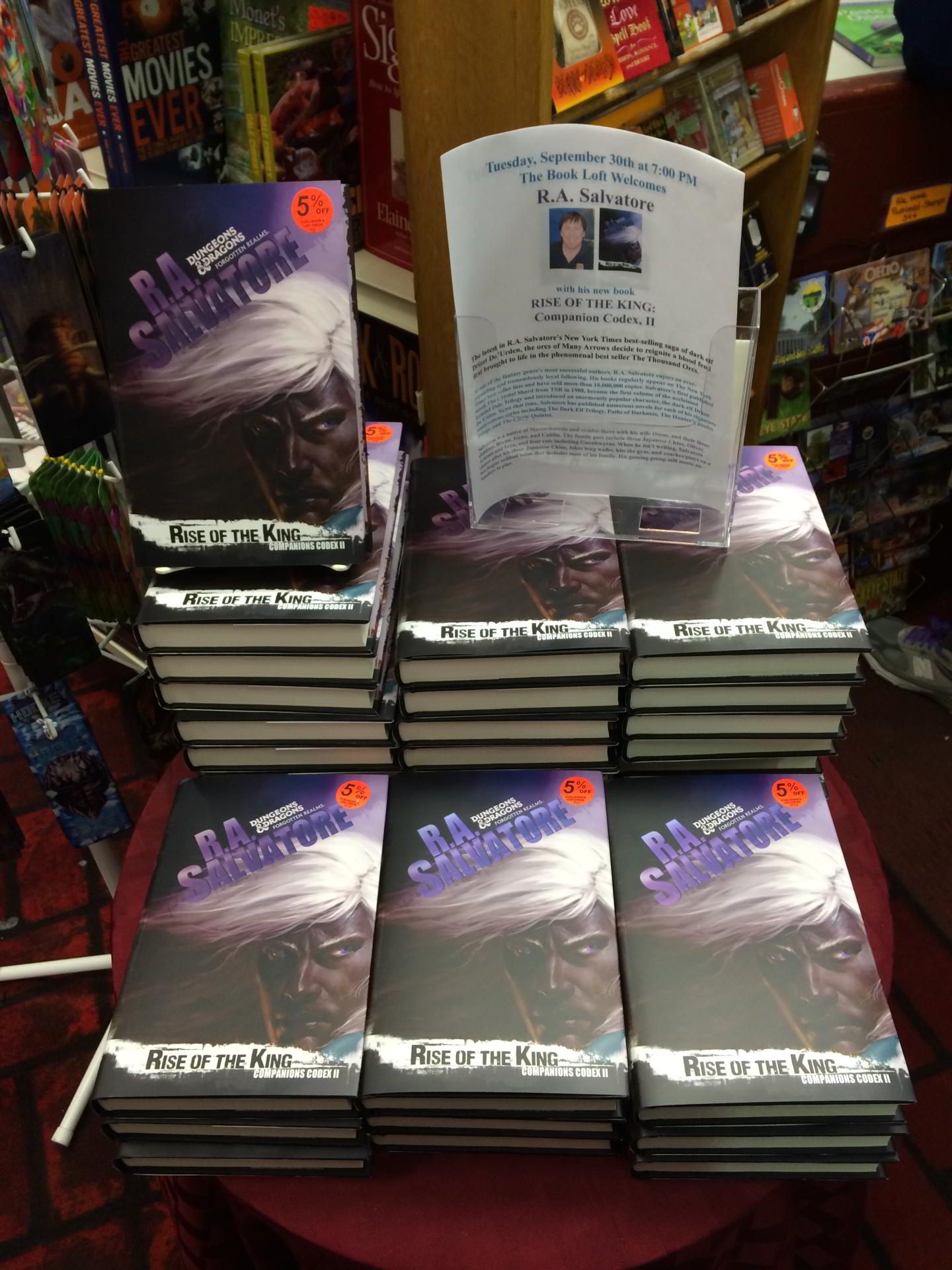 I commented that Wizards seemed to be in a good place. The company was bigger than ever before, yet seemingly taking even greater strides to give its authors and game designers as much creative control as possible. Salvatore agreed. “They’re bigger than they’ve ever been, but not personnel-wise. They’re not doing as many products because they’re licensing. When you start talking about the numbers involved in computer games, movies, and TV–they’re substantially higher, but there are fewer people involved at Wizards.”

If anything, the authors are running the asylum. Several years ago, Wizards shook things up through a world event known as the Era of Upheaval. Goddesses died, main characters perished, and armies clashed. As things died down, Salvatore and other Realms authors were given the task of writing a multi-book series called The Sundering. 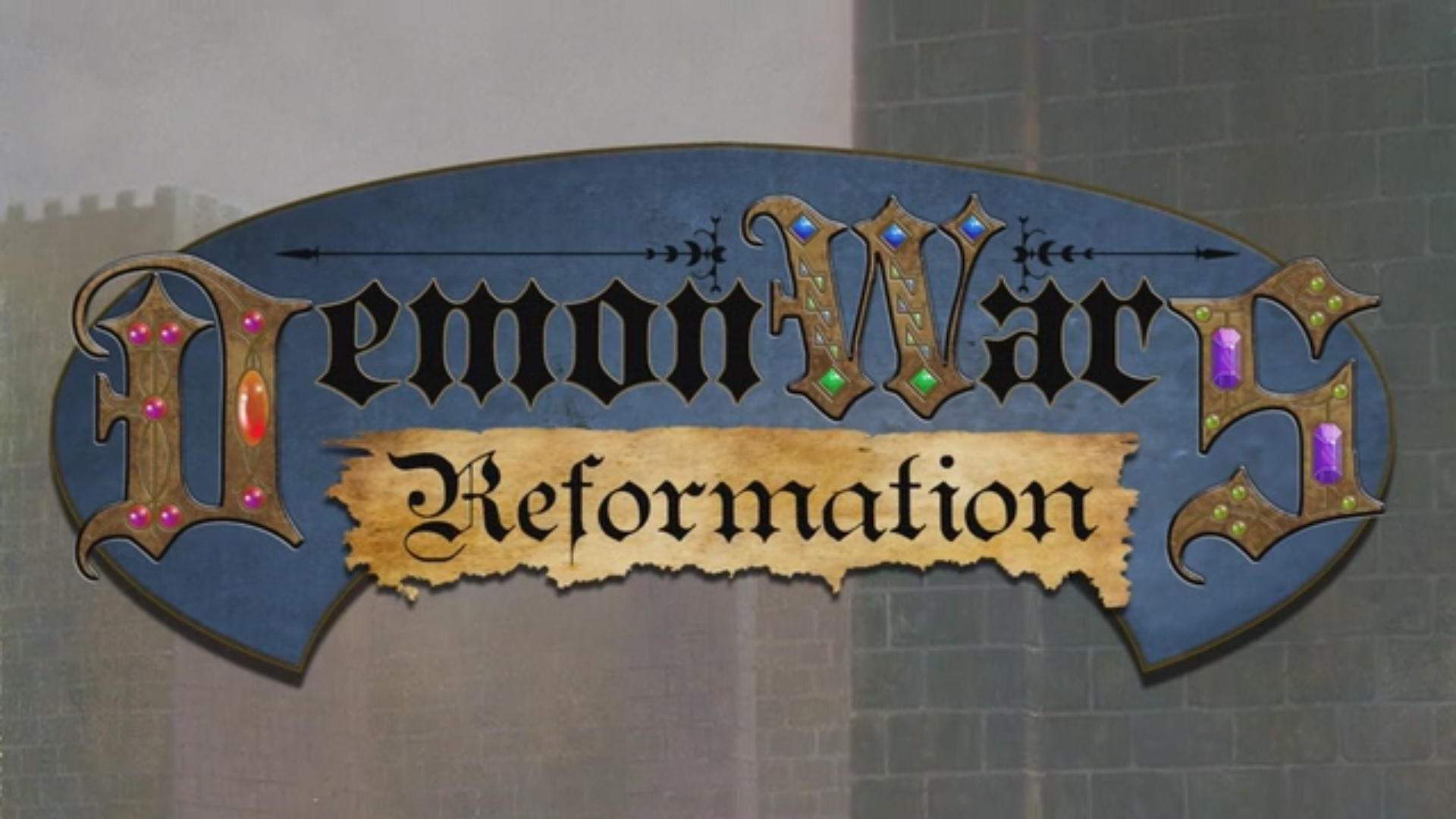 “It was a blast,” Salvatore said. “They threw us into a room. It was Troy Denning, who I love like a brother. I’ve known Troy for 27 years and I just love his work. Ed Greenwood was there, of course. Ed and I are six months apart in age and we’ve been together since early on in the Realms. I came in when the Realms really got going. You add Erin Evans, who I think is one of the most talented writers. I hope more people will read her books because she’s just wonderful. Her characters are so full of life. Richard Lee Byers was involved. And we also had Paul Kemp, who is just brilliant.”

Kemp and Evans sat in via conference call. Over several days, the authors, joined by game designers and the marketing team, riffed back and forth on what they wanted to do. Wizards’ ace marketing team sat back and listened, letting the creators pave the path. “I went home from that summit and said to my wife, ‘I’m home. This is the creative atmosphere that you want when you’re working on a project like this.'”

Although The Sundering was constructed as a series, each book stood alone. Salvatore likened the team effort to writing about the events of World War II. “I’m doing the Blitz, Ed Greenwood’s doing the North Africa campaign, Erin Evans’ is doing the Holocaust, Paul Kemp’s doing the Pacific, and Richard Lee Byers is doing D-Day. We were all doing different things and using different characters, but it’s this over-arching event that affects [the Forgotten Realms] as we go.” 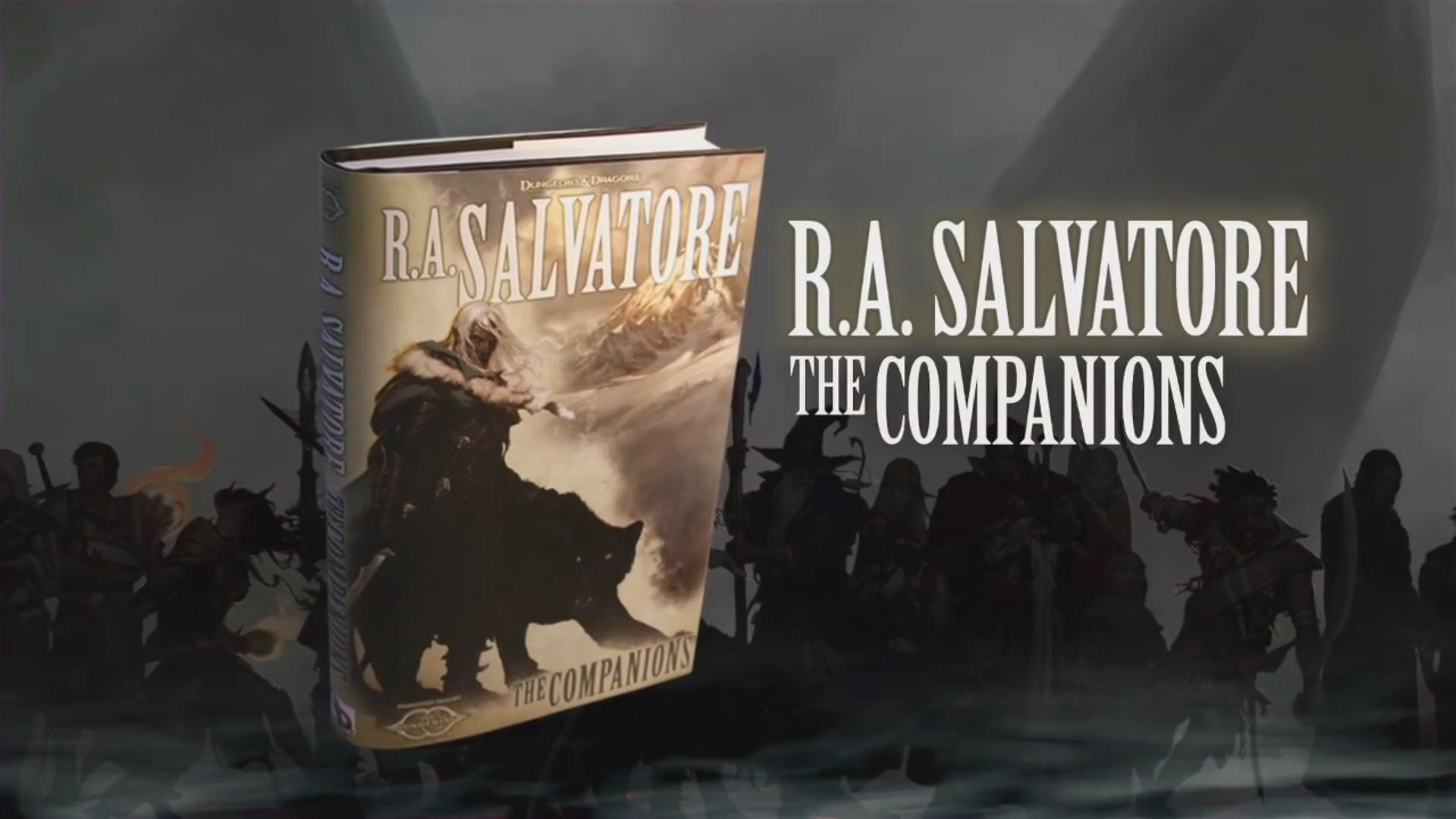 More recently, he collaborated with his son Geno on Stone of Tymora, a three-book series in which Geno’s characters crossed paths with Drizzt. “I wrote a few chapters, but I was really just [Geno’s] editor,” Salvatore said. “I wrote some of the scenes, saying, ‘I want to do this one and this one.’ With the some other ones, he said, ‘You should do this one,’ or ‘I did this battle scene but I want it to pop a little bit. See if you can do something with it.’

Like Nintendo, Wizards of the Coast does not put all its eggs in one basket. The company builds pillars, and many of those pillars support each other. Forgotten Realms is a Dungeons & Dragons campaign setting ripe for stories and characters told in novel form and pen-and-paper role-playing games alike. “Everyone was warning us, ‘Oh, pen-and-paper games are dead. It’s going to go out there and fall flat,'” Salvatore recalled. “Magic: The Gathering doesn’t stop selling, of course. It’s phenomenal, just incredible. The [Dungeons & Dragons] 5th Edition […] is blowing up the shelves. They’re in their second printing already. A lot of that is nostalgia, but I think a lot of it is that people are a little tired of staring at computer screens. They want human contact.” 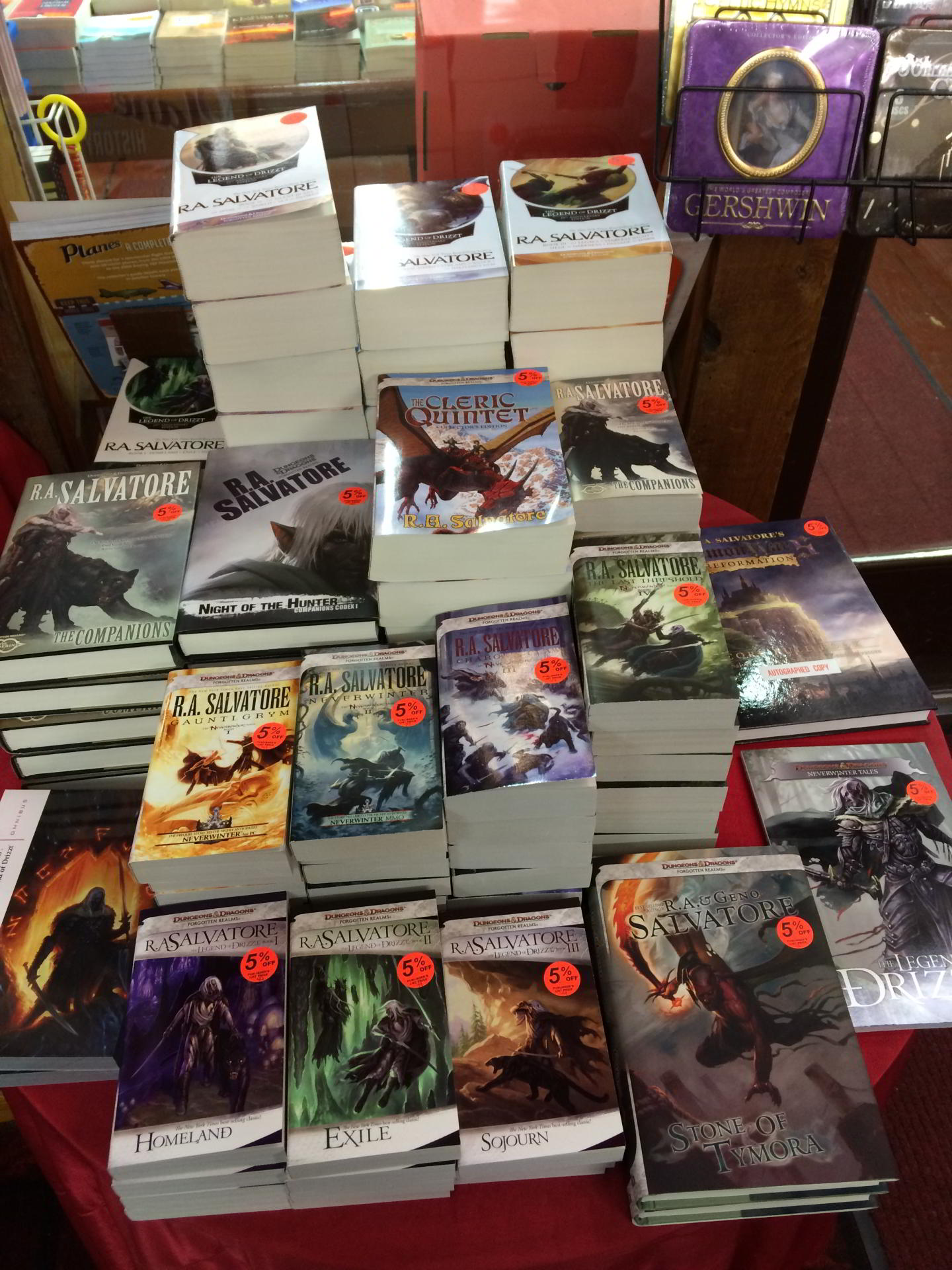 A desire to foster human contact among a generation of young gamers growing up in front of screens instead of gathered around a table throwing dice spurred Salvatore to create his own tabletop game. “My nephew was playing one of the new Halo games [on Xbox 360], and I wanted to join because all my nephews were playing. They’re on my softball team. I’m like, ‘I’ll play,’ and they said, ‘You don’t want to play.’ I said, ‘What? Why not?’ He gave me his headphones, and there was this 10-year-old kid [in the game], and every word out of his mouth is racist, sexist, and just horrible. I said, ‘You’ve got to be kidding me.’ He said, ‘It’s like that all the time. You don’t want to play.'”

Salvatore recounted his visit to PAX East in 2012. Touring the booths, he marveled at the perpetual foot traffic pounding through the board-game room–a boom owed in large part to the growing popularity of Kickstarter as a platform for designers who, like Salvatore, want to get more families to gather around the table rather than in front of screens. “I love Kickstarter. When I did the [DemonWars] Kickstarter, what I loved was, you’re out there naked. Your name’s on it, you’re responsible for it. If I sent a book to somebody and he says it’s damaged, I have to replace that book. I like that. That’s good pressure, a pressure that reminds you, ‘These people are backing you, they believe in you, and you have to deliver.’ “

Tomorrow, in part 2 of our three-part interview with R.A. Salvatore, the author opens up about plans to expand the DemonWars: Reformation tabletop RPG, designing games with his other son, Bryan, and the fall of 38 Studios.