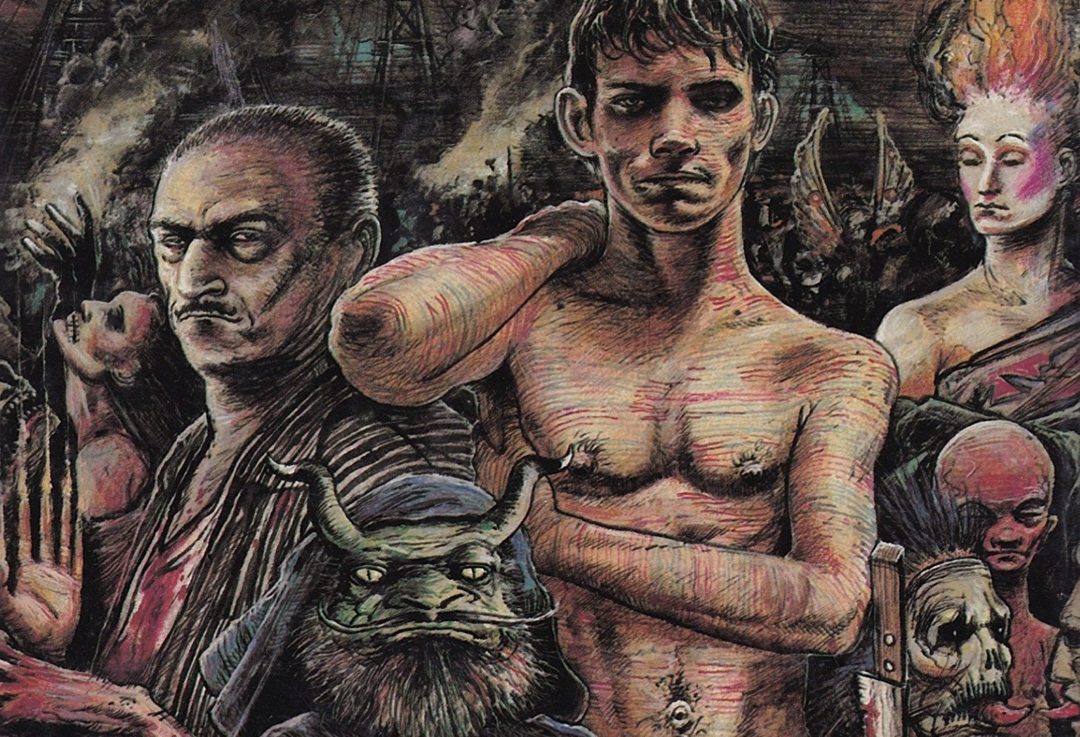 Clive Barker’s series of horror anthology books, Books of Blood, is one of the more well-respected horror anthologies out there, and now even more stories from them are getting the film treatment thanks to Hulu and Seth MacFarlane’s production company, Fuzzy Door.

It’s easy to scratch your head over why MacFarlane would be the person producing this series as most folks know him as the man behind Family Guy, but the producer/creator/singer/director/actor has been dabbling in genre for years since A Million Ways to Die in the West delivered a sneaky-good Western underneath his gross-out comedy. Even more to the point, The Orville has evolved into a fantastic straightforward Star Trek riff after being launched as an awkward comedy hybrid, so clearly MacFarlane can dive into other genres and do them well.

Brannon Braga (The Orville) will direct, and he will co-write with Adam Simon (Salem). The duo will be making a film that is a collection of three of the stories from the six volumes of Books of Blood. Many of Barker’s short stories from the books have already been adapted into film, like with Candyman and The Midnight Meat Train, so this movie will deliver three that have not been adapted.

The first story stars Anna Friel (Pushing Daisies, The Girlfriend Experience) and Rafi Gavron (Hulu’s Catch-22). Friel will play Mary, a psychologist who debunks the paranormal. Gavron plays Simon, a man Mary meets who claims he can speak to her 7-year-old son who died of leukemia.

The next story features Britt Robertson (For the People) as Jenna, a girl who suffers from misphonia, where certain sounds trigger emotional or psychological reactions. She runs away from her mother who is planning to send her back to “the Farm” and decides to go to LA.

The final story starts Yul Vazquez (Russian Doll) as Bennett, a hitman who discovers a supernatural book from one of his targets and believes that obtaining it will be able to set him and his wife up for the rest of their lives.

Original films are still pretty new ground for Hulu, who has been dabbling in horror throughout the last year thanks to an agreement with Blumhouse that’s produced a series of movies under the Into the Dark label. Hulu clearly sees a need to carve out some sort of niche as the streaming wars ramp up in the coming months, with both Apple (today!) and Disney (Nov. 12) launching services.