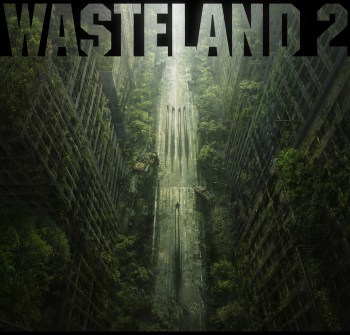 Wasteland 2 will enthusiastically ignore much of the “progress” made by the RPG genre over the past 20 years.

“Role-playing game” is a descriptor that covers an awful lot of ground. As gamers and platforms have evolved, so have the games themselves; it’s a natural progression to the mass market, although it can still be hard to reconcile the idea that, in a broad sense at least, The Bard’s Tale, Diablo and Mass Effect all belong to the same genre.

Brian Fargo has something different in mind for Wasteland 2, however. In the recently-released “vision document,” he made it clear that he has no interest in that trend toward simplification, and since the internet has seen fit to throw a few million bucks at him to kick it old-school, that’s exactly what he’s going to do.

“RPGs haven’t kept pace with time – they’ve regressed and even worse, taken pride is less role-playing than before,” the document states. “Important elements have been lost over time, sacrificed to technology, art constraints, voice-over expenses, and multi-platform console constraints. Wasteland 2 has no such limitations, it brings these RPG elements back, takes them out of the attic, and makes them part of the gameplay again.”

Included in those elements are deep customization options, party-based gameplay supplemented by complex, believable NPCs, an open world that allows you to explore at your peril and a commitment to “narrative depth.”

“Many of the greatest moments in Wasteland were communicated via text and lore paragraphs, and it elevated the story, not detracted from it,” it continues. “We’re not afraid of text, and we’re not afraid to use it to emphasize and support the world in ways the environment can’t show visually.”

For gamers unfamiliar with the setting, the document also provides a brief run-down of the state of the world in the lead-up to Wasteland and what to expect from Wasteland 2. 15 years after the original game, the Desert Rangers continue to work to bring order and civilization to a ruined, lawless world, but simple survival is as much a struggle now as it’s ever been.

It sounds very impressive, although the truth is that it means absolutely nothing except that Brian Fargo has good intentions. There’s a huge risk that Wasteland 2 will suck, either because inXile can’t pull it off or, in what would be a far more disappointing turn, because our memories of how awesome these old-time, hard-ass RPGs were have been more than a little distorted by the passage of time. Still, for those with a hankering for the good old days, this looks like a pretty good place to start.