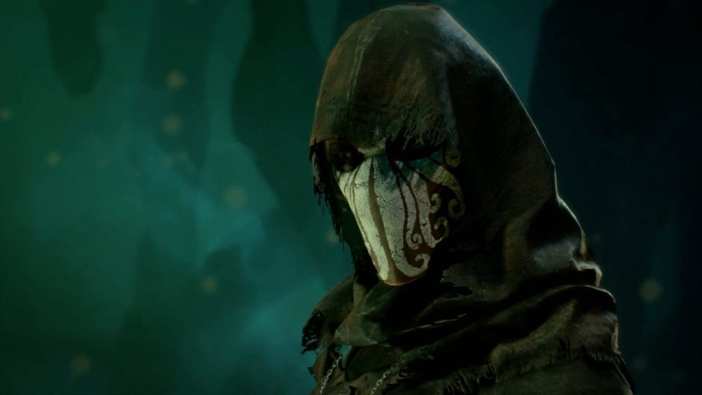 Cyanide Studios and Focus Home Interactive’s Call of Cthulhu delivers a perfect H.P. Lovecraft story through the medium of an imperfect game.

The plot plays out like a collection of the Cthulhu Mythos’ greatest hits. Players control Edward Pierce, a private investigator who uses alcohol and sleeping pills to cope with the nightmares that have plagued him since he returned to Boston after fighting in World War I. Sent to investigate the death of a family living on the ominously named Darkwater Island, Pierce uncovers a conspiracy involving a cult devoted to the Great Old One, vision-inspired paintings, and a doctor performing disturbing experiments on mental patients. Like with any great Lovecraft story, it’s hard to tell if Pierce can trust anyone (including himself) as the horrors he witnesses weigh on his already fractured psyche.

Games including Shadow of the Tomb Raider, Vampyr, and Nier: Automata have catered to players primarily interested in the story by allowing them to ignore challenging or frustrating play, and Call of Cthulhu’s inconsistent difficulty begs for the same treatment. The same adventure game mechanics — exploring various locations looking for evidence and solving puzzles — from Focus’ Sherlock Holmes series dominate Call of Cthulhu. Early sections primarily have you  rummaging around buildings, squinting for anything shiny that indicates a clue or item that can be picked up. It’s annoyingly easy to miss a clue even when staring at relevant objects like an occult circle because you have to click on a specific spot. Luckily most of these clues are optional, though gathering more evidence and information unlocks additional dialogue options when you’re questioning or negotiating with Darkwater denizens. That’s a clever way to avoid getting stuck for most of the game, but there are still plenty of blocking points.

Pierce relies on recreating scenes throughout his investigation, examining objects around him to piece together who was there and what they did. Those scenes are visually evocative as figures pop into being, turning bleak scenes like a burnt out dining room into a portrait of a troubled family’s last supper. It’s particularly eerie when they appear faceless because Pierce doesn’t know who someone is, and evaporate into smoke like ghosts as the detective moves through them. But you can’t proceed with the game until every relevant part of a recreation has been scouted out, which is frustrating since Call of Cthulhu otherwise avoids that adventure game pitfall. Or at least it tries to.

Every time the game does something clever, it seems to immediately negate that work by doing something equally dumb. Pierce isn’t a combatant, and the only way he can overcome some challenges is through stealth. In one section, he has to create a distraction so he can sneak out of a mental institute where he’s been involuntarily committed. Call of Cthulhu provides three clear options for how to do that, letting you pick whichever one you figure out first. It encourages exploration of the space without forcing a single correct solution, and shows the impact of the choices made when leveling up Pierce’s skills. Realizing escape would have been much easier if I’d spent more points on lock-picking ensured I never neglected that ability again.

Contrast that with a segment where a monster emerges from a painting to chase Pierce through an art gallery. The creature moves in a genuinely disturbing way, the animation enhanced by ominous music playing when it gets closer to Pierce’s hiding place. Unfortunately it’s extremely unclear how to get your hero out of this situation. The only objective in your quest log is to investigate the painting. There are plenty of knives in display cases throughout the gallery, but only a single one of them will work to defeat the creature. There’s a clue as to which knife you want, but because Call of Cthulhu automatically saves at key points there’s no way to go back and find it once the monster comes out. I’m bad at stealth games and got caught by hospital security as well as eviscerated by that shambling monster an embarrassing number of times. But in the hospital I felt like I could learn from my mistakes and try another path to escape, while the gallery scene just felt like an extremely frustrating exercise in trial and error.

The game’s puzzles are also a decidedly mixed bag. They’re brilliant when well thought-out like an antiquarian who hides the combination of his safe in a riddle that leads to objects scattered around his shop. Other puzzles, like one involving a pair of mystical lamps used to illuminate runes hidden around a hospital, seem to have no logic or purpose. They just feel like padding in an otherwise lean game.

There’s a lot to like in Call of Cthulhu. The occult and medical skills are improved through finding objects rather than allocating points, so every time I saw a dialogue option I couldn’t use because my score in one of those abilities wasn’t high enough I knew it was entirely my fault for not being observant enough. It plays with stealth tropes by giving Pierce panic attacks when he spends too much time squirming through vents or hiding in a closet, narrowing your field of vision and interfering with the audio until it becomes impossible to tell where you’re going or if the coast is clear. The story is appropriately filled with dread and uncertainty, with Pierce often forced to simply table questions like why there’s a portrait of him hanging in the underground chambers the Cult of Cthulhu uses for their rituals.

It’s just a shame that the game isn’t more consistent. I signed on to watch a man descend into madness, but I found myself in a race to see if Call of Cthulhu‘s shortcomings would drive me crazy first.

This game was reviewed on PlayStation 4 using a code provided by the publisher. It is also available on PC and Xbox One.