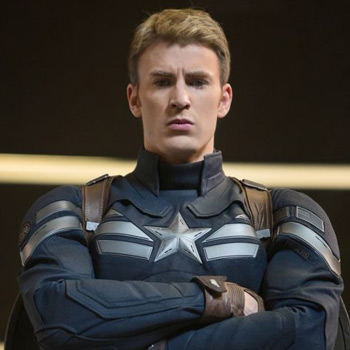 Marvel.com has unveiled the release date for Captain America’s next theatrical escapade.

Captain America’s latest big-screen adventure has only been in theaters for a few days, but Marvel is already talking about his next outing. The star-spangled hero’s second sequel will hit theaters in 2016.

Marc Strom, an Associate Editor at Marvel.com, broke the news on the company’s website: “Following the record-breaking premiere of Marvel’s Captain America: The Winter Soldier this past weekend, the First Avenger will jump into his next big screen solo adventure in just a little more than two years on May 6, 2016!”

This will probably be the last time that Captain America suits up for a solo adventure, at least with Chris Evans wearing the costume. Last month, Evans told Variety that he plans to leave acting when his contract with Marvel expires. “If I’m acting at all, it’s going to be under Marvel contract, or I’m going to be directing,” he says. “I can’t see myself pursuing acting strictly outside of what I’m contractually obligated to do.”

It’ll be sad to see Evans walk away from the role, but Marvel has a handful of movies to make before his contract expires. Evans originally signed a six-movie contract, which means that Captain America will appear in at least one more film after Avengers: Age of Ultron is released next year.

So, Captain America fans will continue to get their shield-throwing fix until some time in 2017.

Also, if you haven’t seen Movie Bob’s Captain America: The Winter Soldier review, you probably should.