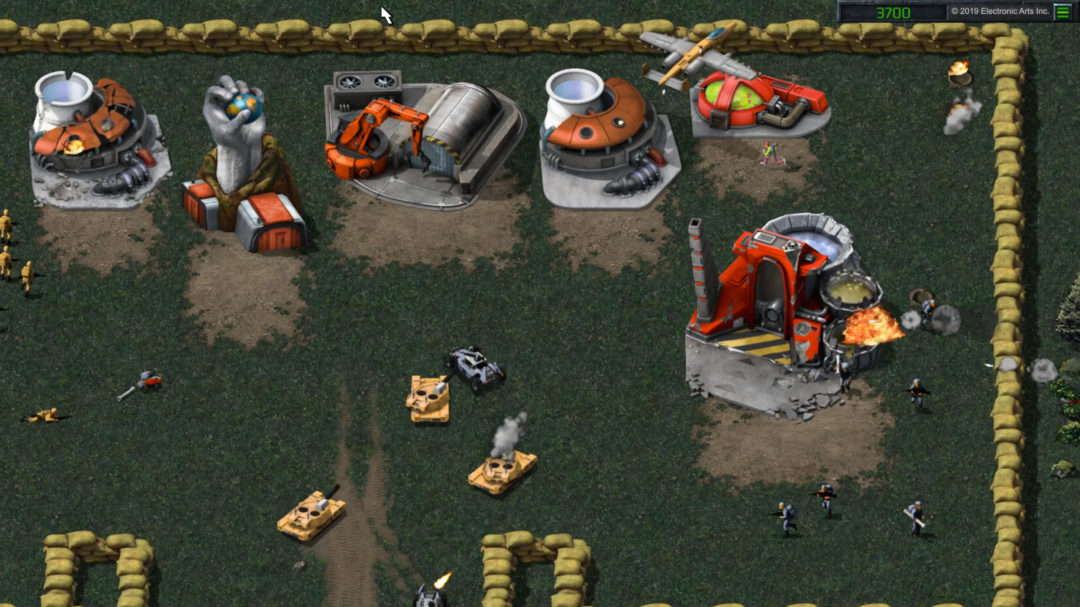 EA just gave us a first look at what Command & Conquer: Remastered will look like.

Since the remaster plan was announced last year, many fans have had one question on their minds: What will this updated Command & Conquer look like? EA could have gone with a modernized 3D aesthetic but instead decided to stick with the more authentic and true-to-form visuals offered by 2D graphics. Check out this first quick glimpse at gameplay.

EA’s Command & Conquer: Remastered producer Jim Vessella said in a statement on Reddit that the primary goal with the remaster is to “accurately match the core gameplay, feel, and signature look of the legacy titles.”

“It’s been wonderful to see the passionate, artistic care taken by Lemon Sky and the team with this creative approach,” said Vessella. “Lemon Sky has re-concepted, re-modeled, and re-animated every gameplay asset from scratch – examples of which you’ve seen with the Construction Yard and Tesla Tank.”

If for some reason the new style doesn’t feel quite the same, developer Petroglyph Games has put in the extra work so that players are only a button press away from switching back to the original art. Additionally, a new zoom feature has been added that will allow for more (or less) specific management of troops.

EA has also launched a new Command & Conquer website so fans can get a better look at what’s in store.