This article contains spoilers for Control.

Control is a game about mysteries. Jesse Faden, the game’s protagonist, is trying to unravel one that’s plagued her her entire life, a quest that takes her to the Federal Bureau of Control, a shadowy government organization devoted to capturing, cataloguing, and studying warped artifacts of immense power. The Bureau is a layer of bland bureaucracy applied over the top of a deep well of mad science. Government office drones try to use paperwork and procedure to bag and tag cannibalistic refrigerators and rotary phones that won’t stop calling other planes of existence.

But the biggest mystery of all — one the game never quite spells out — is the origins of the Bureau’s headquarters, a living slab of brutalist concrete called the Oldest House. A towering skyscraper in the middle of New York City, the Oldest House has ever-shifting hallways concealing drab ‘70s-style offices and Lovecraftian dangers. It feels like what might happen if Hogwarts had a baby with the DMV.

The Oldest House appears to be the earthly point of contact between the Bureau and the Board, a group of unseen, unintelligible, otherworldly beings that guide Jesse through her journey. The House intersects with other planes of existence through “thresholds,” opening up on things that couldn’t possibly fit inside an office building like an entire quarry full of floating rocks.

Clearly the Oldest House wasn’t built by humans. Its construction is beyond both our ability and understanding. So where did it come from? The game gives no clear answer, but if you’re paying attention there are hints about its possible origins. 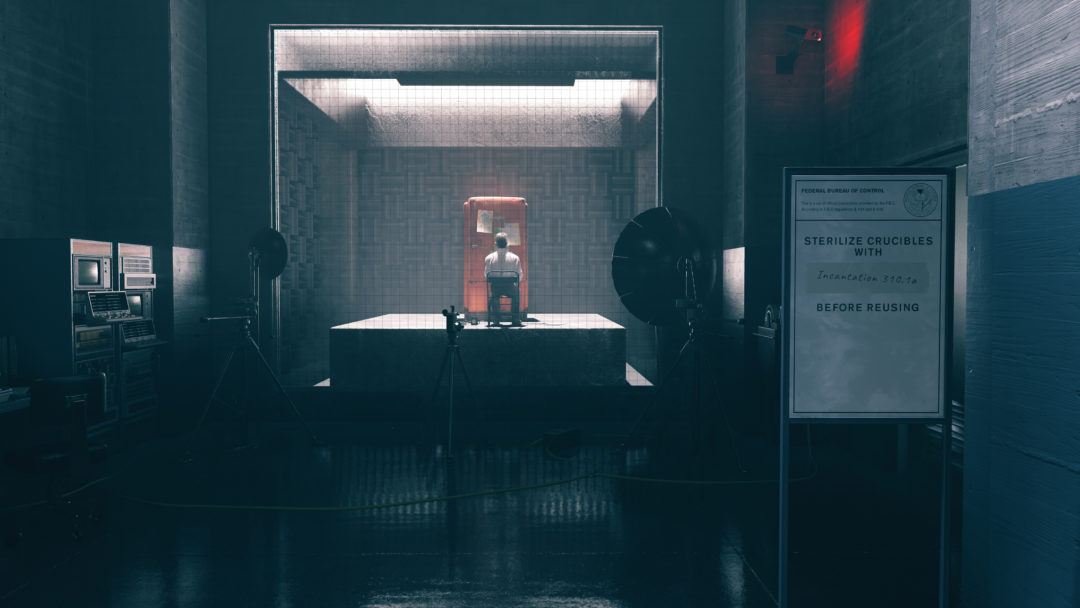 Late in the game, Jesse gets stymied by a labyrinth called the Ashtray Maze, a series of shifting and changing halls that keep looping anyone without permission to be there back to the beginning. The only person left in the building who knows how to get through this maze is the janitor, a mumbling Finnish weirdo named Ahti who has inconveniently chosen that moment to go on vacation.

It’s more of a staycation, though, as Ahti remains in the building, skulking around the foundations of the Oldest House in the hallucination of a cabin getaway. This sort of makes sense in context. On your way to find him, you’ll pass the massive pillars that hold the building aloft, one of which bears a runic-style carving depicting a tree.

After that, the clues come hard and fast. Ahti gets you through the Ashtray Maze by gifting you his Walkman, which plays the song “Take Control” by Old Gods of Asgard. Ahti himself is from Finland and shares his name with an old Finnish water deity from the Viking Age. 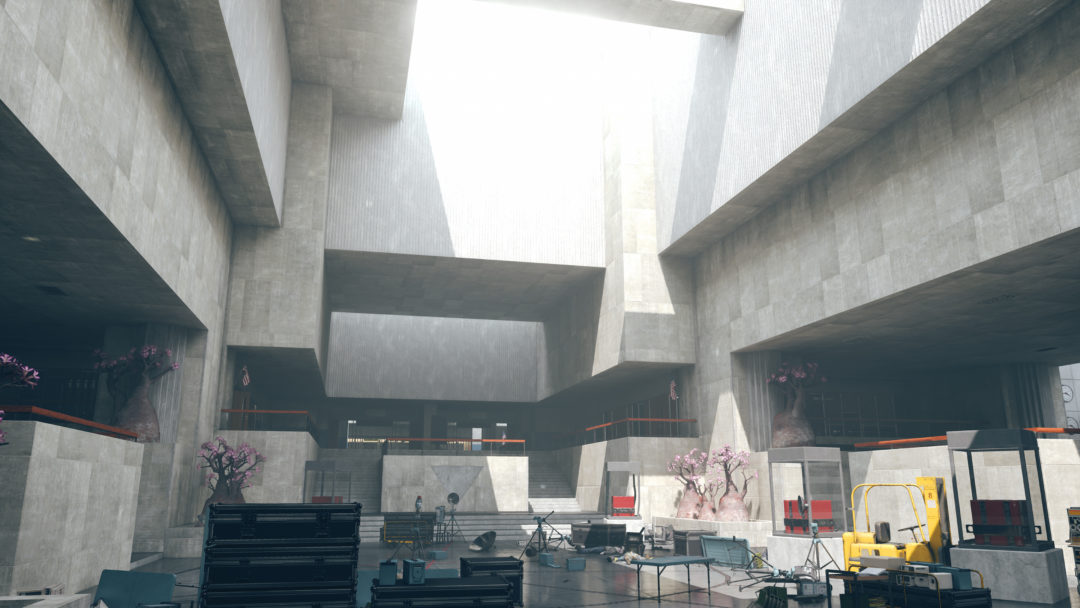 A large Norse tree that intersects with other planes of reality? That could really only be one thing: Yggdrasil, the World Tree of Norse Mythology. You may remember Yggdrasil from the recent God of War game, where it served as your transportation hub throughout the different realms.

There are other connections to Norse mythology hidden elsewhere in the game. Your only weapon is a shapeshifting pistol called the Service Weapon, which one in-game file suggests may have been every legendary weapon throughout history including Thor’s hammer Mjolnir.

But there’s more. The name Yggdrasil has a few possible translations into English, but one of the most popular ones is “Odin’s Horse,” so-called because horse was used as a synonym for gallows and Odin is said to have been hanged from a tree.

Given how garbled communication can be around the Oldest House, and how difficult it is to understand the Board, it seems very likely that the Bureau was told they’d discovered “Odin’s Horse” and misheard the message as “Oldest House.”

None of this is confirmed, of course. Control ends with a promise of future expansions, and some of this ground will likely be covered in the “Foundation” DLC set to release in early 2020. it’s entirely possible that the deepening of the game’s mythos will disprove this theory or show it was only a partial answer. But for now, at least, the idea that the game’s genius loci setting is secretly an artifact straight out of Viking legends is both fitting and appealing.