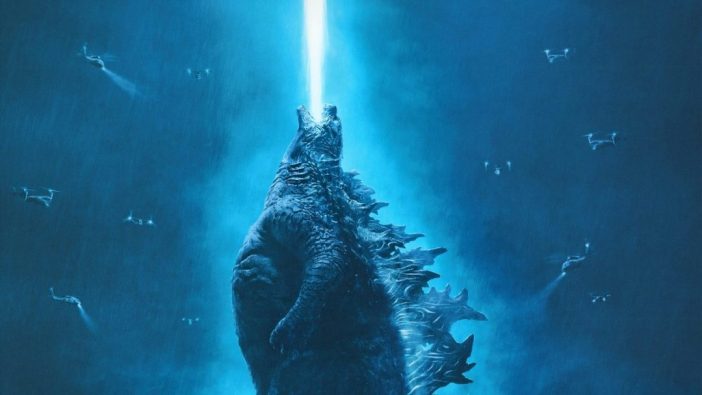 Godzilla is large. He is terrifying. He is … a fragile part of the ecosystem that needs our support and protection?

While not much is known about the world’s favorite reptilian monster, he is, by all accounts, the only one of his kind. This raises an interesting — and silly — question: Could Godzilla be protected by the Endangered Species Act (ESA)?

The answer is no — but probably not for the reasons you think.

The ESA defines “endangered species” as “any species which is in danger of extinction throughout all or a significant portion of its range other than species of the Class Insecta [that is] determined … to constitute a pest [and] whose protection … would present an overwhelming and overriding risk to man.”

Setting aside the insect provision (sorry Mothra), there does not appear to be an obvious answer as to whether Godzilla is actually “in danger of extinction.” On the one hand, Godzilla appears to be the only member of his species. While there have been some depictions of a “Godzilla Junior,” there is no indication that there is a sufficient number of “zilla” monsters needed to sustain the population. Godzilla is also threatened by Ghidorah. On the other hand, Godzilla is ancient, has been around for thousands of years, does not appear to suffer from the vicissitudes of time, and is invulnerable to human attacks. This is a creature that literally sustains itself on radioactive materials. Given our lack of knowledge about his biology, it is difficult to say that Godzilla is endangered.

Would Godzilla receive any meaningful protection from the ESA?

Assuming that Godzilla is endangered, the next question is whether the ESA would be of any use to him. The answer: probably not. An endangered species is not automatically entitled to any protections under the ESA. The statute only protects endangered species that are listed as endangered by the Secretary of the Interior. It can take years — or even decades — for a species to be added to the list. That might not seem like very much time to Godzilla, but it’s more than enough time for humans to clash with the monster and do their best to kill or incapacitate him. The ESA is likely too slow to protect him.

But what would happen if Godzilla survived his first encounter with humans and we have enough time to place him on the endangered species list? The ESA prohibits individuals from interfering with the “critical habitat” of a protected species. The Department of the Interior would have to designate a “critical habitat” for Godzilla within a few years of adding him to the list. Since I’m not sure where, Godzilla lives, it’s hard to know what that designation would look like, or even if there is enough information to make such a designation. Abandoned nuclear waste sites could be designated as a habitat, since Godzilla feeds on that material. That designation would make it more difficult to clean those sites as it would require an environmental impact report to show that the operation would not adversely affect Godzilla.

The ESA also prohibits individuals from knowingly harming, wounding, or killing an endangered species. Does this mean the ESA would prohibit us from defending ourselves from a huge, uncontrolled Godzilla attack? The answer, of course, is no. The ESA contains a self-defense exception that allows individuals to kill or injure an endangered species if they have a “good-faith belief” that they are acting to protect themselves or others from bodily harm.

The statute also contains a national security exemption that could allow the military to ignore the Act’s requirements. That exemption is viewed as a last resort, and has not been used before. Presumably, though, the threat of a massive kaiju would be enough to invoke the exemption. It’s worth noting, though, that the exemption is exclusive to the government. This means that any preemptive strike against the monster would have to be spearheaded by the government. The attacks by eco-terrorists and the private organization Monarch depicted in Godzilla: King of the Monsters would still be illegal.

When most people think of Godzilla, they think about a terrifying, nuclear-powered monster. They fail to recognize that Godzilla is part of the ecosystem just like every other species, and that his absence from the ecosystem could easily lead to ecological devastation. It may be that he holds other monsters at bay. He may absorb hitherto undiscovered radiation from inside the Earth’s core, facilitating all other life on the planet. The fact is we don’t know and can’t appreciate Godzilla’s function in the ecosystem.

Once one looks past the bureaucracy, the ESA serves as a reminder that every species has a role to play and that “keystone species,” which play a critical role in maintaining the ecosystem, can come from unexpected places. As stewards of the planet, we should strive to protect its endangered species and to strengthen the ESA to facilitate that goal. Godzilla may seem like a monster, but he just might be the monster that saves the world.