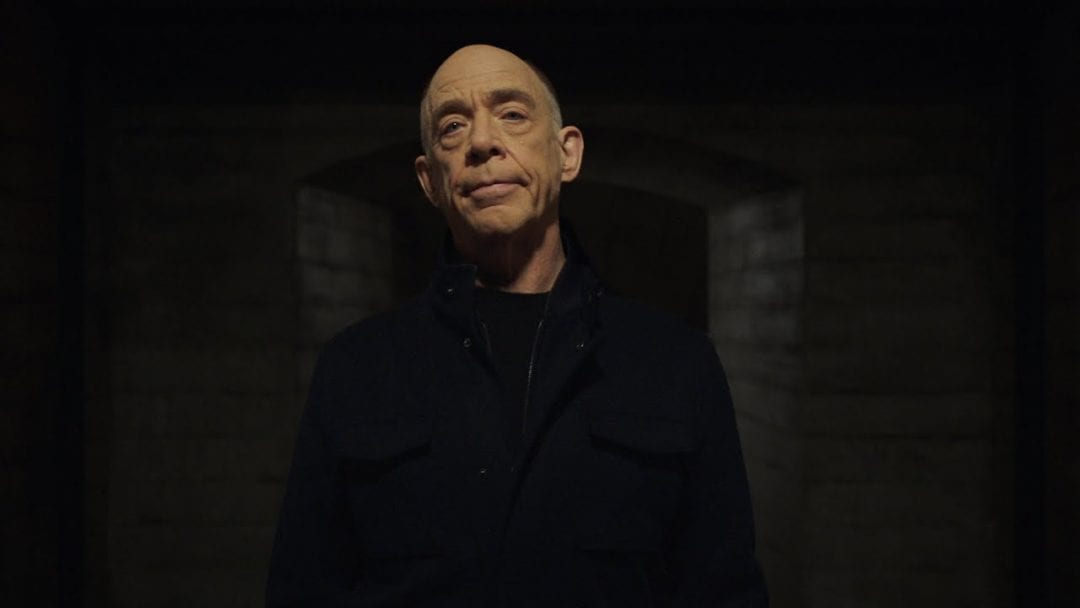 Starz just announced that it will not renew its science fiction alternate world spy drama Counterpart for a third season. As a fan, I’m disappointed, but I’m not exactly surprised. Counterpart hasn’t garnered much critical attention or enthusiasm, and it’s easy to see why. Killing Eve has a relentless forward momentum, as Sandra Oh obsessively pursues her assassin nemesis. Counterpart, in contrast, vacillates and hesitates, questioning its choices as it wanders down blind alleys and loses itself in mirrors. It’s dingy. It’s confusing. It’s slow.

That’s what I love about it.

Counterpart is set in a world which split into two identical parallel universes in the late ‘80s, shortly before the collapse of the Soviet Union. Most people in the show are unaware of the alternate universe which is connected to ours through a passage in a basement in Berlin. Even the mild-mannered, sweet-tempered Howard Silk (J.K. Simmons), who works in the building where the gateway is housed gathering data about it doesn’t know the twin universe exists.

At least our Howard doesn’t know it exists. The other Howard in the other world is a mean-spirited, cold-blooded, cross-world spy trying to foil a nefarious plot that could threaten both universes. In the process, he drags our Howard into a web of secrets, double-dealing and misery. It turns out that Howard’s comatose wife, Emily Silk (Olivia Williams), was also a spy. So is her Other, Emily Burton, who divorced her world’s Howard.

The plotting only gets more tangled from there. The show is at least as interested in examining the duplicate backstories, motivations, and personalities of its doubled characters as it is in advancing towards any sort of resolution. Part of the pleasure of the show is watching the actors subtly shift their mannerisms as they portray two different characters. Simmons’ performance in the second season, where he’s often playing Other Howard pretending to be our Howard, is a particularly virtuoso turn. Other Howard tries to keep his face slack and open like his double, but occasionally tightens his jaw, or lets slip a flash of anger and impatience, reverting to the bastard he is.

These little details leap out in part because they occur against a background which is relentlessly muted. The show’s color palette is a range of grays and browns. Characters wander through dimly lit corridors or meet in blank rooms reminiscent of cell blocks. Even the action sequences have an air of downmarket seediness. In the second season, the semi-retired assassin Baldwin (Sara Serraiocco) tries to climb out a window to avoid murdering a roomful of people. But she’s  pulled back in and must return to the job of slaughter with resigned efficiency. Action set pieces are the highlight of many spy shows. In Counterpart, they feel like an obligation.

Advancing the story often feels like an obligation as well. Early on in the show, we learn that the Other world has suffered from a major flu outbreak which killed around 3% of the world population and set back technological development by decades. The show takes its time revealing what caused the flu. It takes its time explaining how the two worlds split apart. It’s also slow to explain why one Howard is nice while the other is less so — or to tell us why Emily Burton has an addiction problem and Emily Silk does not.

Some answers to the personal, global, and metaphysical questions all come in time. But those answers tend to be vague and provoke even more confusion. You open the door, thinking you’re getting the final truth, but instead it’s another equally confusing world — not a Narnia, filled with wonder, but a place much like this one, only a little sadder and a little more bleak, with a self you don’t know and don’t want to know.

One of my favorite parts of the series is the relationship between Peter Quayle (Harry Lloyd), the young, callow, ambitious, philandering director of strategy on our side, and his wife Clare (Nazanin Boniadi). During the show’s first season, Peter is trying to find a mole in his office, and he finally figures out it’s his wife. Clare is from the other side; she killed her Other, the woman Peter was going to marry, and took her place in order to position herself to aid a terrorist spy network.

Peter doesn’t out Clare as a spy, though. He can’t without destroying his own career or the life of their new daughter, Spencer. So he goes on, trying to deal with the fact that his wife is someone he doesn’t know as Clare learns that she’s someone she doesn’t know, either, and that she’s more capable of love and compassion than she thought. Meanwhile Peter discovers he cares for his wife only after it turns out she’s someone else.

At least, Peter seems to care for his wife for now. If the series gets picked up by another network, it’s hard to say what will happen. Character inconsistency is a staple of serialized drama, whether in comics, film or television.  When you need the plot to keep going, you have to bring Superman back from the dead, or throw those two Grey’s Anatomy doctors together in another improbable romance.

In Counterpart, the slow unrolling of a plot to nowhere doesn’t feel like bad planning but the point of the show. Like Emily Silk, who wakes from her coma with amnesia and aphasia, characters on Counterpart are estranged from their own lives. They wander around in a dim dream world where they barely know who they are. Usually, stories about discovering you’re secretly a superspy, a la Jason Bourne, are empowerment fantasies. But Howard’s superspy Other dislocates him from himself and sets him wandering through some other, greyer world.

People don’t generally tune into serialized adventure drama in order to experience melancholy alienation and dreary confusion. Counterpart is an atmospheric downer about how you can’t know the world, your loved ones, or yourself.  If another network doesn’t pick it up, it will pass on largely unmourned. The universe without it will be mostly the same. But only mostly.