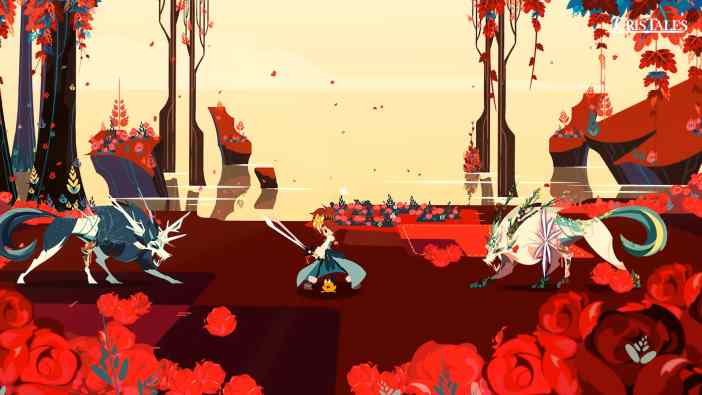 Time travel is something games have tried time and again to make fun, to limited success. For every Titanfall 2, there are a dozen failures like TimeShift. Cris Tales (which is apparently pronounced “crystals”) is the journey of a young girl, her talking frog with a top hat, and their friends bending reality itself to their will to save a small town from ending up as that JRPG cliche of being burnt to a crisp.

That’s one of my favorite parts of the Cris Tales demo — it’s genre-savvy without being overtly so or coming across as satire. Instead, it expects you to have a reasonable idea of how JRPGs work, then flips the table by introducing the ability to manipulate time. Granted the power to either go into the past or glimpse into a potential future, you wield these abilities constantly to solve puzzles and tip the scales of battle in your favor.

Cast water on an enemy that keeps hiding behind a shield, then send them into the future so all their armor is a rusted mess. Plant a poisonous root in the past, then watch it bloom explosively on enemies in the present. It’s ingeniously intuitive and a blast to use even when exploring the world — which is something you’ll do a lot, because Cris Tales has a vividly animated world, packed full of life, fully voiced characters, and a spectacular split-view that shows the past, present, and future at once. It’s through this triangular view that Cris Tales tips its cards a moment, hinting at future plot revelations and consequences for your choices.

Speaking of which, yeah, Cris Tales has choices. Even the game’s first hour during the demo has one significant choice where you either leave a family homeless or a crucial apothecary in ruin — the very same apothecary that helped you craft a cure earlier. Cris Tales doesn’t sugarcoat it either, balancing its whimsical setting with very real conversations about time, industrialization, and more. Apparently Cris Tales wants to have its top hat-wearing frog but also a dialogue on encroaching modernization on rural society. 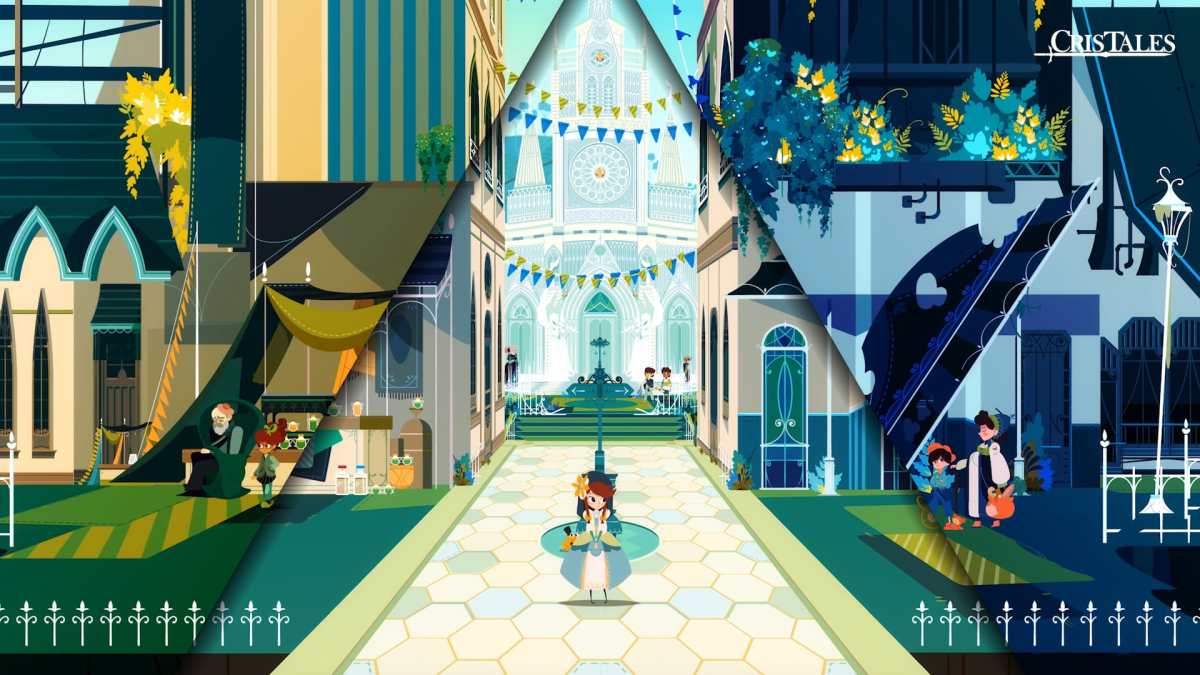 This isn’t to say Cris Tales doesn’t indulge in the more lighthearted nature of your typical JRPG. Battle dialogue is appropriately goofy. The art direction unfolds in front of you like a storybook would, bursting at the seams with lively colors. If you thought Kingdom Hearts and the Tales series would work great combined, you’re in luck, because Cris Tales pays clear homage to both. Combat, meanwhile, functions far more traditionally, taking turns as you unleash attacks, items, magic, and your time powers on opponents. Those behind you can always be sent to the past, while those ahead to the future, making for a clear, concise read of the battlefield.

Really, my only complaint is that some of the current battle animations make it hard to tell when the timing window for parries and critical boosts to your attacks is triggered. It can be easy to tell when to hit the attack button to raise your shield at incoming flame, but an enemy stabbing at thin air has a much trickier and more bewildering window to work out. Some extra visual effects or an onscreen prompt would help tremendously. If you do dig the combat though, there’s a Colosseum mode with extra baddies to fight.

What will take you by surprise is how much Cris Tales works like an adventure game in-between battles. While the gameplay when exploring isn’t nearly as in-depth mechanically, there’s a lot of detail on display that I wasn’t expecting. Object puzzles. Unexpected foreshadowing via the time view and hints in conversations. The ability to send your frog friend into the past or future to alter the flow of events. Cris Tales deserves credit for going the extra mile and trying for such a varied and memorable, err, time.

All told, Cris Tales is a gem of a JRPG in the making. It’s deep yet accessible, adorable yet thoughtful, and, let me remind you — it has a frog with a top hat that travels through time.