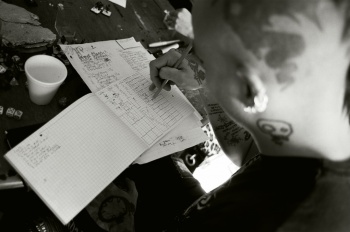 In honor of the birthdays of Gary Gygax and Dave Arneson, two of the creators of Dungeons and Dragons, Zak Sabbath, the dungeon master of I Hit It With My Axe, is running a fun little activity on his blog, Playing D&D with Pornstars. Basically, Sabbath called for requests for game-related material, like a dungeon, monster or spell. Sabbath collected all of the requests and sent them out to all of the people who submitted, and those people are supposed to fulfill the request and turn them in by July 27th, Gary Gygax’s birthday. It’s like a secret santa, except for D&D stuff.

Sabbath calls it the Secret Arneson Gift Exchange or SAGE for short. It’s a pretty great idea, and the perfect way to commemorate both the two men who made roleplaying games happen but also the viral nature of how RPGs are created and spread. The SAGE finished up today and Sabbath has posted some of the responses. The Escapist sat down with Zak and found out how he came up with the idea, what the funniest response has been so far and whether Gygax would be proud.

The Escapist: What was the impetus for running SAGE? What was your inspiration?

Zak Sabbath: Well I was thinking “Why do I bother blogging about my D&D games in the first place?” and I decided it’s because if you talk about what you’re doing in the game you get a lot of people who offer ideas and tell you where to find interesting things you can use in your games. It’s practical, basically: you go “What’s that module published in ’87 where they have the chariot with giant rats in hamster-balls pulling it?” …. and then someone tells you.

The heart of the hobby isn’t the material that publishers actually put out, it’s the homegrown ideas players and DMs come up with. Just like, y’know, hardcore music was never about some big touring band that everyone knew, it was about how there were all these little scenes in every city where people had their own bands – even if nobody outside Minneapolis or whatever knew about them. So I wanted to do something to shine a light on that.

The Escapist: Do you think that you will do this again next year?

Zak Sabbath: To be honest, I’m kinda hoping someone else will run it. Or that lots of different people will run their own – it’s not that it’s hard, it’s just I feel like this is the perfect way to celebrate some people who invented something cool that everyone who plays owes a debt to. Like you give people Cadbury creme eggs to celebrate our lord and savior ascending to lich-hood every Easter, you should make up a new kind of goblin or a catapult-backfire table every year to celebrate the guys who invented D&D.

The Escapist: What has been the funniest/weirdest request that you received?

Zak Sabbath: Someone asked for a Random Awkward Interaction Chart for when you try to talk to a non-player character and screw up. I’m quite looking forward to seeing how that one comes out. 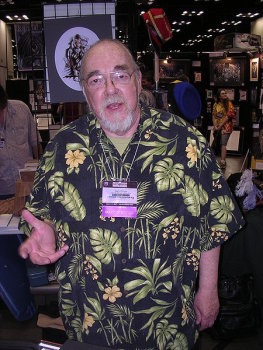 The Escapist: Did you submit any requests? Were you happy with what you got back?

The Escapist: Did you read all of the submissions yourself? Was there any that completely blew you away, whether through quality or quantity? (Any 50 page, 14 level dungeons?)

Zak Sabbath: Well most of them haven’t come in yet (kids: we’re doing this interview before the 27th, for obvious reasons) but so far I really like this chart of magical items Jennifer Snyder sent in, with things like “Cursed Perfume of False Chemistry – This perfume makes you irresistibly attractive, but only to people in whom you have zero interest” on it.

The Escapist: What do you think about content that is created by players vs. “official” content from Wizards of the Coast? Are you disappointed that 4th Edition has seemed to eliminate the third party market for D&D product in that edition?

Zak Sabbath: I guess I might’ve been disappointed if I was paying any attention – like I said, I think that while the published material is the inspiration of the hobby, the heart of the game is what the fans themselves make. ‘Cause it’s a game, not a book or a movie or a show – without our participation there’d be no game.

To me, the genius of pen-and-paper RPGs is you can customize them to your little group of friends and build your own game that works for them specifically – people trying to sell a viable product to a mass market have a much harder job and have all the kinds of restrictions you have when you’re trying to please everybody – so they’re at a disadvantage. And the designers will probably admit it.

The published material gives us a common language – like I can go to Kimberly Kane and say “Ok, this is a game about elves and dwarves, you know what those are, right?” And point to a picture in a book or movie. But once we agree we both want to play a certain kind of game in a certain genre, we can customize the mechanics and things so it’s our own far better than some professional designer can – that’s a feature, not a bug. The published material provides training wheels for new players and – hopefully – inspiration to experienced ones, but that’s all it has to do.

The Escapist: Do you think that Arneson or Gygax would be happy with how their legacy is still inspiring people even after they are gone?

Zak Sabbath: For sure. But I bet they’d both think they deserve a bigger cut. I mean, if half of all video games produced used your ideas wouldn’t you die a little every time you saw some 12-year-old playing Final Fantasy going on about “dungeons” and “hit points” and “NPCs”. Maybe not. Maybe they’re more generous than I am.