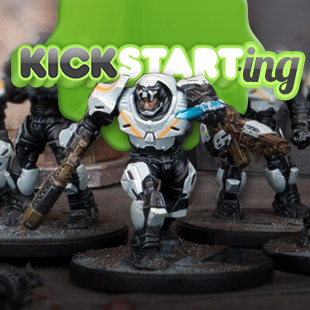 Mantic Games launched its Deadzone: Infestation Kickstarter campaign last week, and by Day Three of the 17-day campaign, had already raised 241 percent of its initial funding goal. This marks the ninth straight successful Kickstarter for the British miniature game company. We spoke again with Chris Palmer, Mantic’s Kickstarter and marketing coordinator, to get his opinion on how the campaign was progressing, what had gone well, and what he might have done differently.

The Escapist: Congratulations on a ninth successful campaign launch. After three days, the Deadzone: Infestation Kickstarter has 1,730 backers, and at $191,744, has already significantly surpassed its $50,000 base funding goal. Is this about where you expected it to be at this point in the process, or would you say it is outperforming expectations?

Chris Palmer: Thanks! The campaign has outperformed expectations. On the first day we had over 1,500 backers, more than the first day of the original Deadzone Kickstarter campaign. This came in at a lower value, which is indicative of our approach with this Kickstarter – we are focusing on a lower price point so that we can get more backers. That’s as important to us as creating the new additions, we’re recruiting players to the game and the universe.

The Escapist: Most Kickstarters seem to last four weeks, so I was a little surprised to see this one scheduled for only 17 days. What was the thinking behind the shorter schedule?

Chris Palmer: Miniature wargames Kickstarter campaigns have a U-shaped curve of funding: the campaign makes the majority of its funding in the opening weekend and the final weekend. In the middle, it’s a slog to gain awareness and convince backers of your value offering, whether that is them buying into the universe, the figures, the deals offered, or you as a company.

We’re dealing with a very tech-savvy audience where Kickstarter is becoming a prevalent way of funding. More come in at the start and more wait until the end, making the middle particularly difficult sometimes. By shortening the length of the campaign, we’re trying to mitigate the middle campaign “lull” – a feeling of slow momentum because the funding level isn’t at the same astronomical levels the opening weekend was. 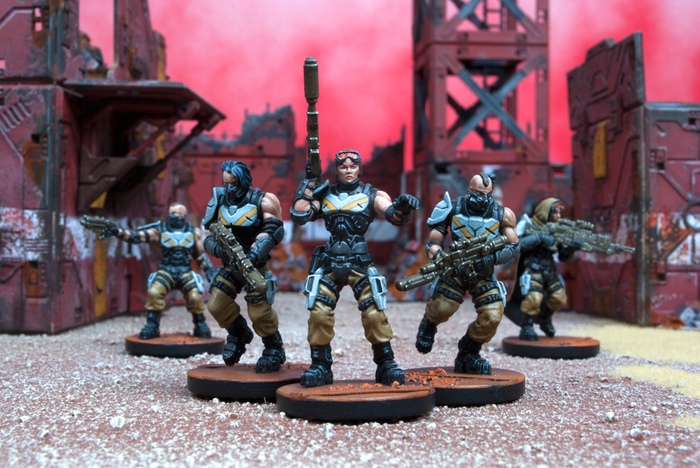 The other consideration is the toll it takes on us – a 30-day campaign when you’re also running a trade-orientated business and working on product development takes a lot out of our staff and our retailer support, so a shorter campaign also helps with that. There are some great examples of shorter campaigns in our industry at the moment, which shows a similar shift from other manufacturers and publishers.

The Escapist: In past Kickstarters, you’ve featured considerably more stretch goals and rewards posted from the start. Have you been utilizing a different strategy in this campaign? What sort of effect do you think that has had on the backers? Do you anticipate utilizing this strategy again or go back to more detailed goals and rewards?

Chris Palmer: We have fewere rewards to minimize confusion. We want it to be simple to identify where the best deal is, and build volume on that one packages. That helps with packing, if everyone picks the one thing that’s all the same. Of course, we then offer a big range of add-ons so that backers can customize it a bit, but that core never changes. We successfully implemented this approach on both the Dungeon Saga and Kings of War 2nd Edition campaigns.

We’ve not changed our stretch goal plan however, we have only ever revealed one or two at a time. We find too many stretch goals in advance damaged momentum and affect the campaign negatively. By releasing one or two at a time that are a surprise, it builds momentum – a feeling of crashing through goals – and excitement as to what’s next. Momentum and excitement are both important aspects of a campaign, as it holds people’s interest. A Mantic campaign is as much about the entertainment and excitement as it is what’s funding. It’s a journey.

The Escapist: Some analysts feel that it’s important to launch your Kickstarter towards the middle of the month due to payday and bill-paying schedules. Did that play any role in when you decided to launch the Deadzone: Infestationkickstarter?

Chris Palmer: Timing is important and we look closely at when we go in the year. January, February and late November-December aren’t great times to run a Kickstarter campaign. And then we look at when in the month we go, taking into account paydays. Unfortunately someone is always going to get paid the day after the campaign finishes. However, we’ve not felt that the date has made all that much difference.

The Escapist: I noticed that the initial funding goal was blown away in minutes. Was this the result of the limited number of Early Bird Quarantine backers, which were capped at 1,000, or is there some other reason?

Chris Palmer: Backers dive into the Early Birds as much for the badge of honor as having one as they do the discount. It’s a great way of helping get to the funding goal on the first day. The urgency of it helps, that you’ll miss out because there are only one thousand. I think the other thing is that people really like our Kickstarters and want to see the project funded.

The Escapist: In your considerable experience of nine successful Kickstarters, how does the timing of the funding usually break down between beginning, middle, and end of the campaign? Are you able to accurately predict where you’re going to end up after seeing the totals for the first day?

Chris Palmer: As mentioned above, the funding for a miniatures Kickstarter roughly follows a U-shape. If you don’t hit your intial funding goal on the first day, you’re generally in for a hard slog over the course of the campaign. We’re getting better at predicating where we’ll end up after the first day. On the original Deadzone campaign, our CEO Ronnie pretty accurately worked out what the end value would be 7 days out, but there are so many variables that can affect the funding you receive.

The Escapist: Has this been your most successful launch of a Kickstarter campaign? If you would have done anything differently this time, what would it have been?

Chris Palmer: That really depends on how you measure success! Dungeon Saga had nearly 1,800 backers on its first day, whilst DreadBall Xtreme built up $250,000 in funding on its first day. Of all the nine campaigns, Kings of War’s first day was probably the smoothest and easiest for us.

But that doesn’t mean that Deadzone is unsuccessful. At the time of writing we are four days into the campaign, so it’s a little hard to say what we would have done differently – although we definitely would have had the video finished earlier because tech problems we had on the launch day meant that it didn’t go live with the campaign. The only other thing we may have considered would be moving the launch back three days to the Monday, but in hindsight that would have been a bad move as another popular company launched a miniatures Kickstarter on that day as well. We’ll see have to see how the campaign proceeds before we judge the start.