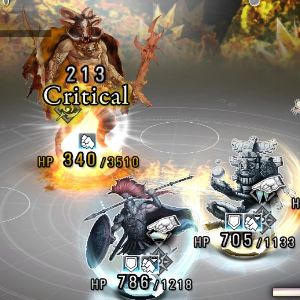 With free-to-play games appearing to dominate on mobile – even as research suggests very few F2P customers invest more than a day into any given game – it was perhaps a given that traditional handhelds would want a slice of the pie. Destiny of Spirits is a fairly serious attempt at a freemium game on PlayStation Vita, taking a hint of Pokemon, a dash of Magic: The Gathering, and offering plenty of chances for a player to spend a few bucks.

The core of Destiny of Spirits is promising, and an admirable attempt has been made to keep it engaging without the need to spend money. However, despite such earnest efforts, some nasty tricks of the F2P trade have made their way into the experience, unquestionably making for a worse game than could have existed.

Destiny of Spirits is, essentially, a card game with very little strategy and a significant focus on collecting loads of stuff. You pick up spirits – random monsters that inhabit a mirror world or something like that – by summoning them with Summon Stones, or earning them through fights and trades. These monsters can be used to form a party of up to six, three of which will go up against three enemy monsters (with spares held in reserve to replace fallen ones). Each spirit automatically attacks, though players may select which opponent creature is targeted, and implement a spirit’s special active ability at timed intervals.

Those are the basics, and the general flow of combat doesn’t get much more complex from there. By setting a “leader” for your party, you can also add a passive bonus to your team, such as upping their speed or critical hit chance. The only other features to be mindful of – and this can be a game changer – are elements, which have a classic rock/paper/scissors relationship (metal is weak to fire, fire is weak to water, etcetera). Each spirit belongs to a certain element, and as such, will have advantages and disadvantages against opposing forces.

Progressing through the game is a simple case of battling, battling, and battling. You work your way through a world map, selecting consecutive fights from a list, occasionally having a crack at tougher boss spirits along the way. By freeing areas of the map from bosses, you can obtain bonuses, such as the power to field stronger spirits or keep more spirits without having to get rid of them. There are also “Raid” bosses – highly powerful monsters that are fought in a separate menu, retain their damage even if you are defeated, but can only be fought a certain amount of times.

To get into all this, however, one needs to grab loads of spirits. These are mostly obtained using the aforementioned Summon Stones, a currency freely obtained in combat, to bring a random spirit into your fold. Like collectible cards, these creatures are categorized by rarity, with rarer spirits being harder to put into the party due to a restrictive point cost system that limits your potential fighters. Spirits can also be strengthened by merging them together, selecting a base creature and then adding one or more others to raise its level and boost its stats. This requires a different form of currency – Spirit Points. Spirit Points are also awarded in-game, but become quite precious indeed thanks to their multiple uses.

Not only does it get fairly expensive to merge spirits of higher levels, Spirit Points are also used to “rent” creatures from fellow players, a sometimes invaluable way of adding a powerful ally to your party without prohibitive point limits getting in the way. Here is where Destiny of Spirits first reveals its biggest problem – its need to restrict and hamstring in a passive-aggressive way, all the while hoping you’ll drop some real-life cash to purchase the third currency, Destiny Orbs. 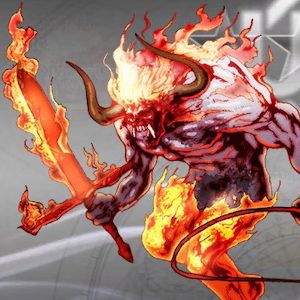 The player is limited in every department, sometimes chased from one dead-end to the next. First of all, spirits retain damage after each fight, healing an increasingly paltry five hit points every few minutes, and taking even longer to recover from a total KO. Of course, one can build a force large enough to keep swapping out damaged spirits for fresh ones, but the time it would take to collect and merge enough spirits, not to mention the ever-aggravating limitation on the amount of spirits you can have at any one time, makes this option fairly unappealing.

Naturally, Destiny Orbs make a lot of these hassles go away. You can use them to summon more powerful spirits, some of which are based on other PlayStation titles, as well as instantly heal allies and increase one’s maximum spirit pool. Ironically, the restrictive point limit on a party actually makes rare summons less enticing for quite a while – when a powerful spirit is so expensive to field that you can barely put together an effective party, it makes sense to stick to the cheap ones. Over time, this limitation relaxes and more expensive combinations of spirits can be grouped together, but like everything in this game, progress is spotty and takes a long time.

I have a rule about free-to-play games. If I am having fun and want to invest cash to increase that fun, a good job has been done. If I feel like the game is getting less fun in order to make me spend cash, I lose interest quickly. While Destiny of Spirits has not turned me off completely, it’s come close. You can certainly enjoy playing the game in longer doses than something truly gross, like Dungeon Keeper Mobile, but the fact remains that you’ll eventually always feel painted into a corner each time you play, and such a combative atmosphere is not something I consider positive. Destiny of Spirits doing it better than other games is by no means an absolution – better does not equal good.

The shame is that Destiny of Spirits, despite its simplicity and lack of strategy, provides some entertaining engagement. The battles are satisfying, especially when you field a party of elements that annihilate the opposition, and it’s hard not to be hooked by the need to keep collecting unique and very nicely designed creatures. While not totally freeing it of guilt, the fact that you can soak more than a few minutes of gameplay into each session before getting hamstrung is at least worth a small merit – the attempt at compromise is appreciated, even if it’s not entirely successful.

The social features are terrific, to boot. By adding friends around the world, one gets to rent spirits for cheaper, as well as potentially trade for rare creatures unavailable elsewhere. Players are split into three territories – Asia, Europe, and North America – with creatures exclusive in each region. Mimicking Pokemon‘s old Red/Blue trick, the only way to catch ’em all is to do some swapping.

There are nice incentives for logging in each day. You are rewarded with currency bonuses for doing so, and there are different effects on the world every 24 hours. Each new day, one element will gain a boost in power, while players can be awarded various “fortunes,” such as Great Blessing and Bad Luck, introducing various subtle changes to the player experience. In this regard, Destiny of Spirits does make it worth your while to keep dropping by, even if it doesn’t do enough to keep you once it has you thanks to its restrictions and diminishing returns.

Bottom Line: Destiny of Spirits gets a pat on the head for trying to be better than the worst free-to-play games out there, but since that’s not difficult, and since there are far better examples in existence, the reliance on cooldown periods and senseless restrictions come are disappointing.

Recommendation: Being free and containing some nice ideas makes this worth at least downloading and trying, though I don’t expect people to be into it a year from now.