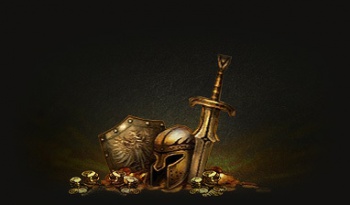 I would love to find a belt. You wouldn’t believe the raw ecstasy that locating such a modest piece of fashion would give me right now. Seriously. I’d probably leap up from my chair, holler a high-pitched “woohoo” at the ceiling fan, and close with a fist-pump for good measure. But, the sad truth of the matter is, I probably never will find that belt – at least not one I can use – and I’m just not willing to give up another hour of my life for better-fitting pants. I’m quitting Diablo III.

Now, let me get just one thing out in the open: I do like Diablo III – at least, I like most of it. To date, I’ve thrown nearly 200 hours into cleansing the lands of Sanctuary, have raised two max-level characters from diapers to Depth Diggers, and have personally murdered The Butcher more times than the Templar has asked if I’ve “seen that enemy over there!” (which, if you know Kormac, is quite a lot). My problem with Diablo III isn’t the time I’ve already invested, it’s the fact that’s there’s not much of a reason to add to it.

The fact that Diablo III has end-game issues shouldn’t be too surprising; Blizzard’s own community manager even went on record stating the company’s failure in providing what he called “a proper end-game,” citing a lack of both “things to do” and a reason for players to “stay excited.” Heck, even Blizzard’s CEO, Mike Morhaime felt the need to write an open letter to players that addressed common controversies; server overloads, that always-online requirement, and the game’s addition of a Real Money Auction House all made the list. So, assuming Blizzard has noticed Diablo III‘s rapidly declining playerbase – Xfire shows an 80% drop in the past two months – and is actually willing to discuss problems openly with its flagging community, then what’s the problem? Why haven’t we seen a fix? The answer isn’t pretty: There isn’t one.

To better understand the issue, we should first look at the game’s older brother, Diablo II. Diablo II was a defining moment for its genre, either introducing or perfecting mechanics that its competetors struggled to emulate for the ten years following its launch. During its lifetime (which, arguably, hasn’t even ended yet), Diablo II was able to maintain a large and dedicated playerbase, so perhaps it seemed reasonable to someone at Blizzard that carrying much of the core gameplay into a sequel would produce equivalent, or even better results. You can see this thought process pretty clearly when looking at Diablo III – for better or worse, the two share far more than they don’t.

For one thing, both games are circular. Unlike shooters or more standard RPGs, your difficulty is, at least when starting, chosen for you. A player’s first lap around the campaigns’ four Acts of content is locked on Normal; you start from nothing, slowly building up your inventory and skill set while monsters are restricted to weak attacks and low fortitude. As you progress, you find more powerful items, and with them, you can fight more powerful foes. Those more powerful foes drop even more powerful items, and with those, you can fight even more powerful foes. Those foes then drop even more … well, you get the idea. This critical cycle churns each Act while simultaneously repeating on a grander scale as you cross from Normal to Nightmare to Hell, and finally, Inferno. If you’re the sort who digs this form of core play, then Diablo III is the prime example of a near-perfect, self-sustaining system at work. At least, it would be, had Blizzard not made the game-breaking mistake of tacking the Auction House to its side like a misplaced rod jutting out from a wheel.

On the surface, the Auction House seems a fantastic idea. Statistically speaking, a player could run through the rings of Diablo III a hundred, a thousand, even a million times or more and still never loot the exact item he or she’s been looking for. That’s the glory, the genius, and the eternal frustration of having randomly-generated loot. That’s also the fuel that powers Diablo II‘s lingering verve, a component sorely lacking from its sequel. While it certainly feels good, in an instant-gratification sort of way, to simply go shopping for those +12% movement speed boots, or that socketed Helm of Command whenever you like, your ability to do so decimates the experience the farther you tread into the game.

The Auction House isn’t simply an add-on, it’s literally a game changer. Because players have full access to hundreds of thousands of items they’d statistically never interact with during natural play, enemies in the game have to accommodate by providing a challenge equivalent to superior gear. And it’s not just about item level; it’s about options. Stacking certain stats, and designing your gear set with an encompassing strategy (as opposed to the “this is the best helmet I’ve found, these are the best boots”-type scavenging otherwise required) is a colossal boon to any aspiring Nephalem. In fact, the advantage is so substantial that the game’s difficulty is adjusted to it by necessity, thereby reinforcing, if not demanding, the Auction House’s use to remain competitive against the A.I.

During the first few laps of the game, Normal and Nightmare, this isn’t a problem. Auction House gear is expensive enough to force players to find a balance between looted items and purchased ones, leaving players with the thrill of gear hunting while adding what may, at the time, even be considered a mildly fun distraction from demon thrashing: shopping in the community marketplace. Journeying into Nightmare, however, places the burden of gear (and by extension, power) advancement almost exclusively on that shopping. But even if you lucked out, and were still somehow wearing one or two personal drops for your third matchup against the Prime Evil at the end of Nightmare, the likelihood of even one of those items remaining competitive by the time you hit Inferno is next to nothing. Suddenly, that cycle of finding stronger loot to slay stronger monsters has, for the first time, abruptly broken, hereafter trading the joy of item hunting for what’s soon little more than endless rounds of gold farming to finance mindless bargain sifting.

In my nearly 100 hours playing Inferno (which have been almost exclusively in Acts I & II), the majority of the math has gone something like this: Every hour, I leave about 150 items where they fall, and find about 100 more worth picking up. After selling off most of those to the nearest merchant, I’m usually left with about 15 Rares, of which, about one is good enough to peddle in the Auction House every third run or so. In not one of those runs have I ever found something worth actually equipping myself. Multiply those figures out by the total time put in, and you have a system that’s given me a mind-boggling 25,000 items to choose from, without so much as a single ring or pair of pants that could help me through the very mode I play to earn them. Sure, I also gathered about 15 million gold during the same stretch – enough to upgrade perhaps three of the thirteen items that just one of my characters uses via the Auction House – but that’s just not why I started playing this game. At some point, Diablo III became less about the excitement of finding a new sword or accessory, and more about cold calculations, the difference between playing poker with friends, and hopelessly trying to outwit the dealer at a casino.

So, to Blizzard: The problem is not that we “don’t have things to do.” We’ve the same things to do as we ever did: arrive in Tristram, ascend to the heavens, and kill everything in between. The problem is that you changed the game we were playing midway through, stripping it of the element instrumental to making Diablo fun. So, that said, I’ll make you a deal. I’ll meet you back in Sanctuary the moment you can promise me that at least once, just once in my next 200 hours, I’ll finally find that damn belt.