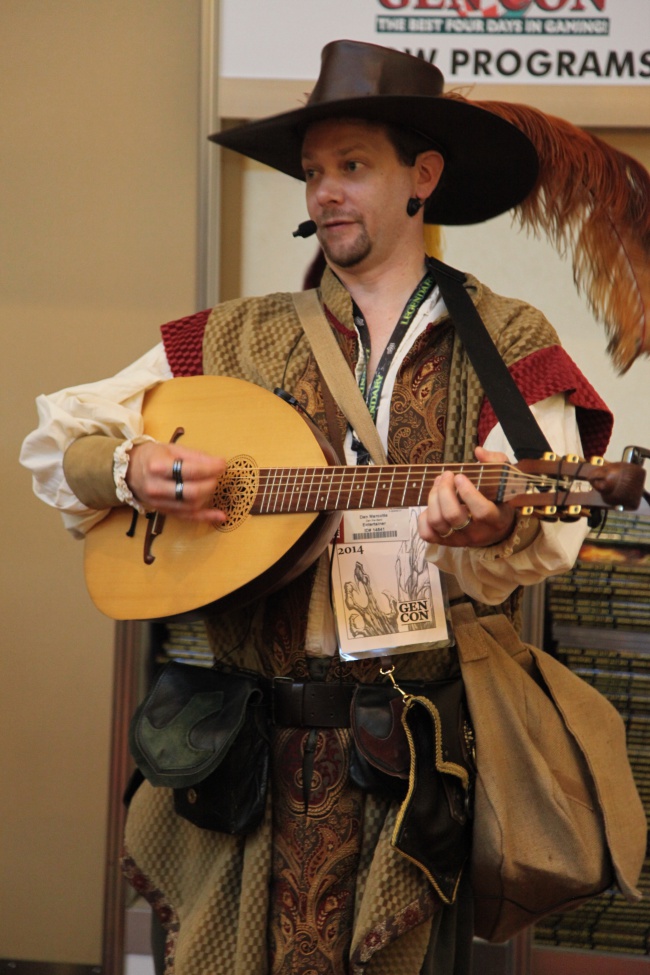 Ok, to be fair this guy isn’t technically cosplaying a bard in the strictest sense. Instead he simply is one. 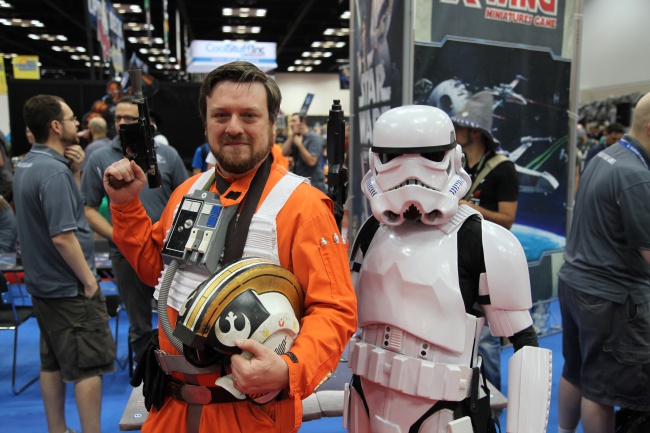 It’s not a huge surprise to see this Rebel pilot and Stormtrooper hanging around the Fantasy Flight Games booth. 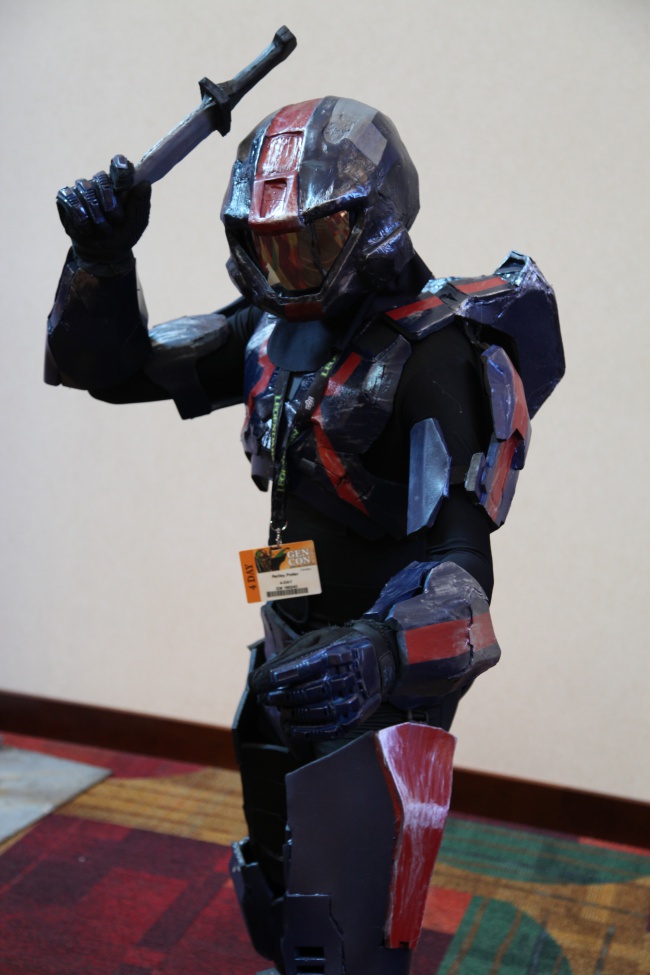 This Spartan, IV?, from the Halo series is about to give someone a splitting headache. 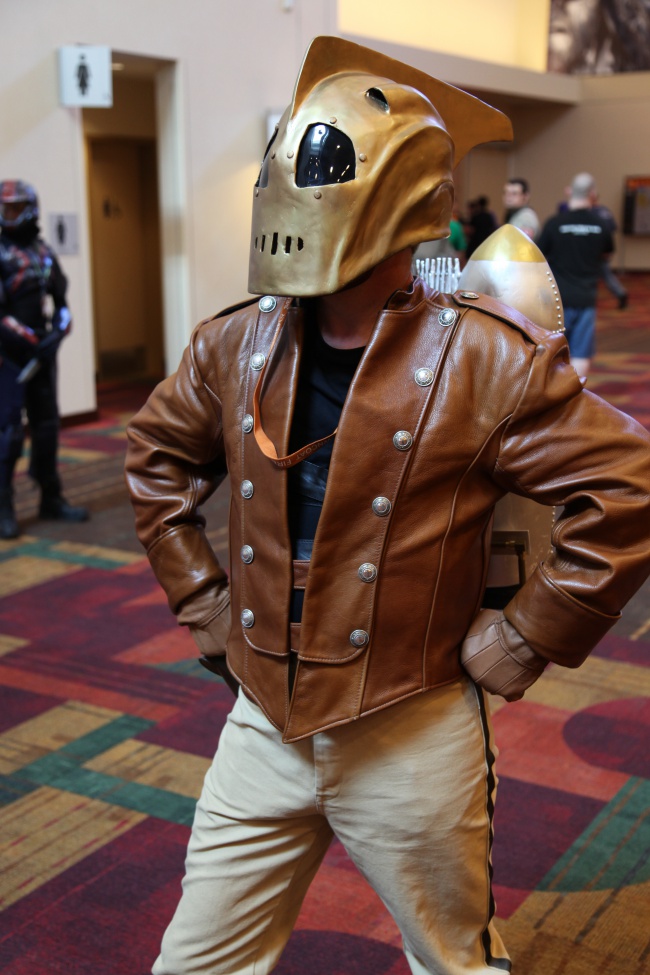 The Rockteer came from a simpler, and in some ways more awesome, time where owning a jet pack was a super power. 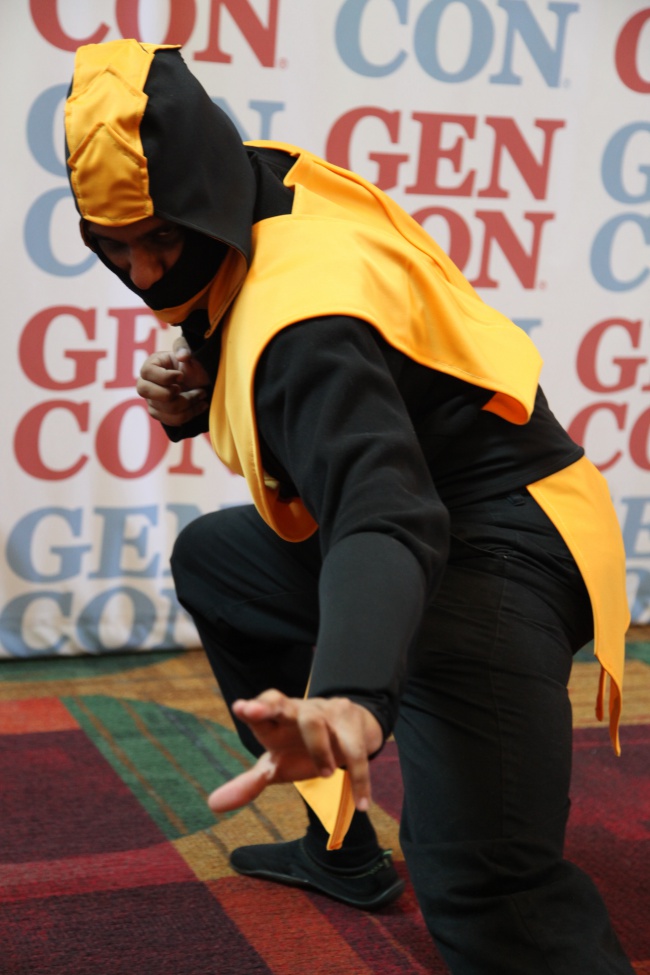 I kind of wish this guy insisted that he was cosplaying Chris Casamassa playing Scorpion. 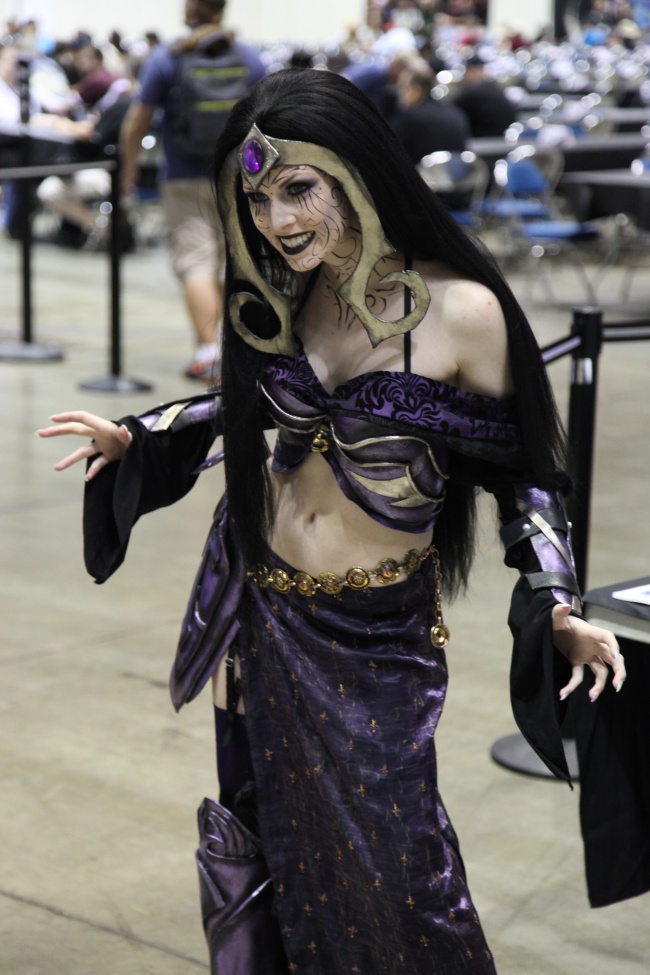 Liliana Vess was actually hanging out near the massive Magic: The Gathering area at the convention. 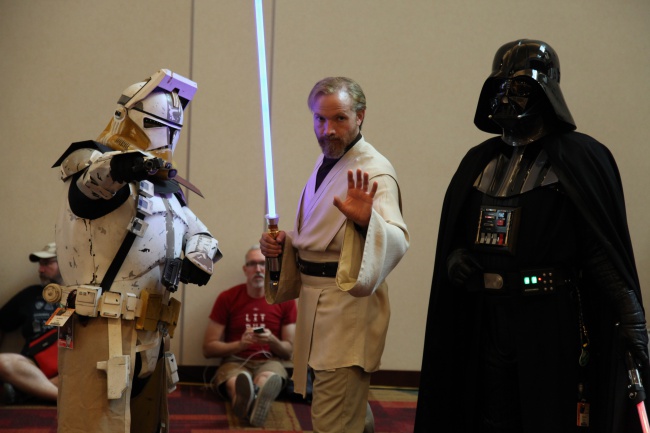 The force is strong with these ones. 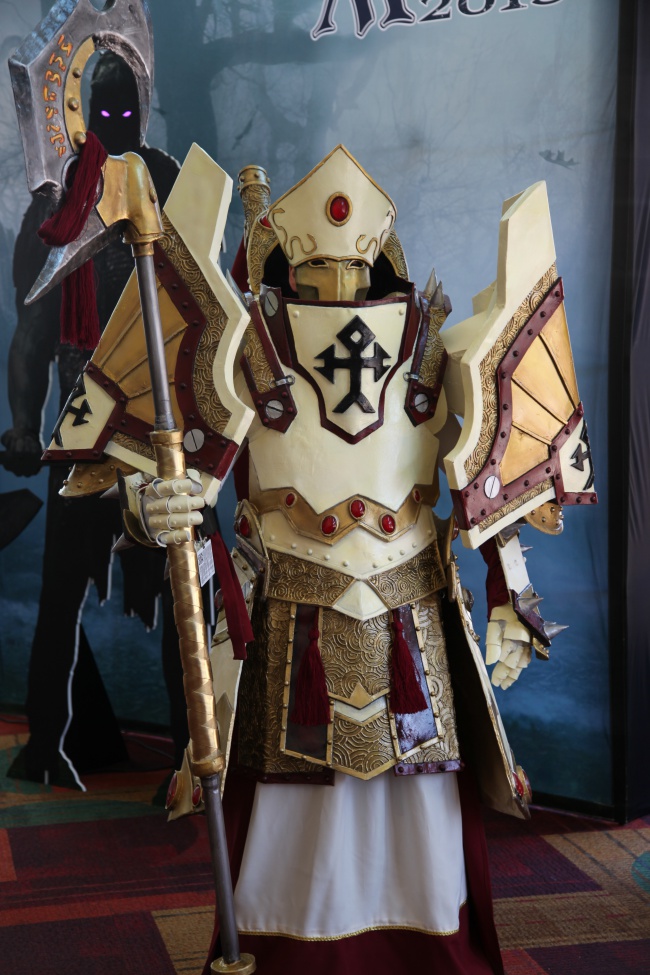 I don’t know enough about Privateer Press’s Warmachine to know the exact unit, but this guy is representing for The Protectorate of Menoth.

Edit: You can see more of this awesome costume at PolyhedronCosplay. 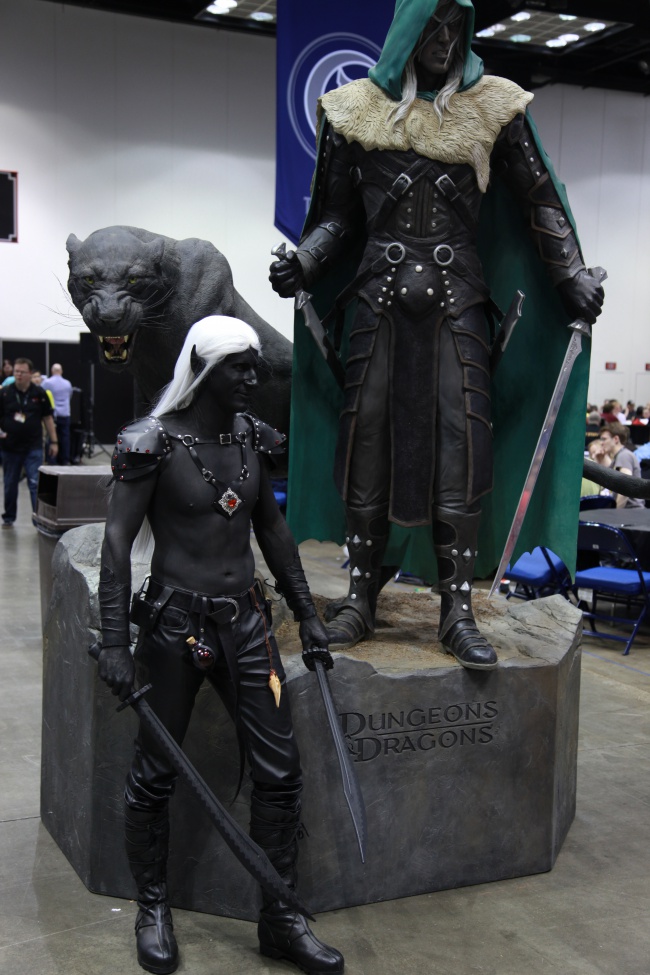 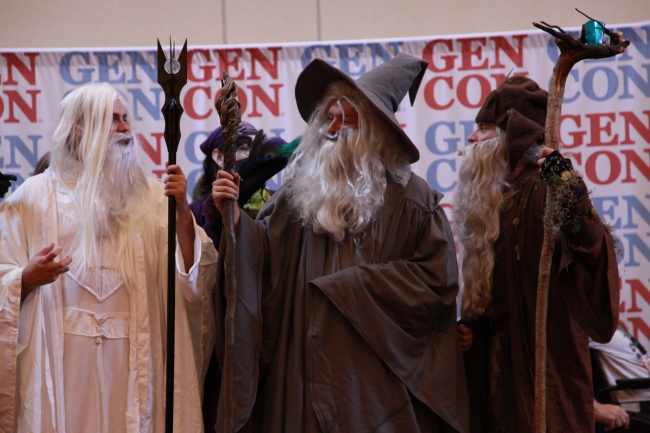 These guys are only short Alatar and Pallando to make the complete group. 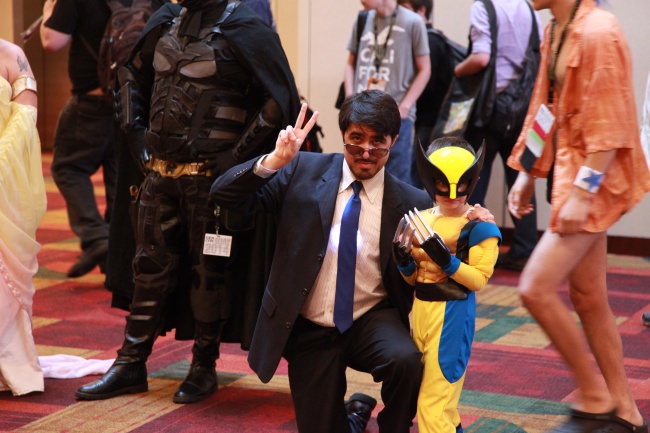 Actually isn’t Logan supposed to be about that tall in the comics? And Tony Stark is always ready for a photo op. 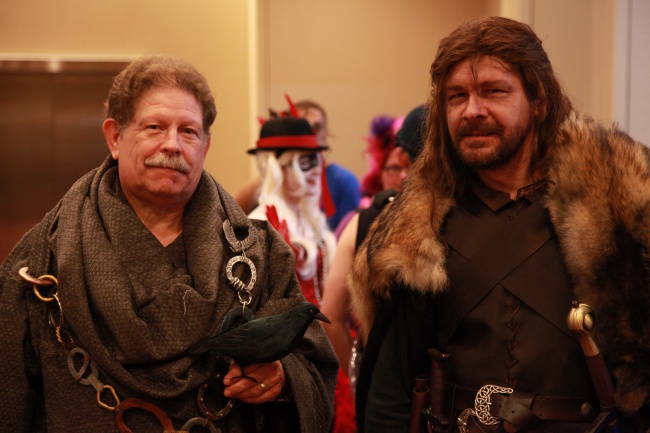 Poor Ned Stark, not even this Maester will be able to help him in the long run. 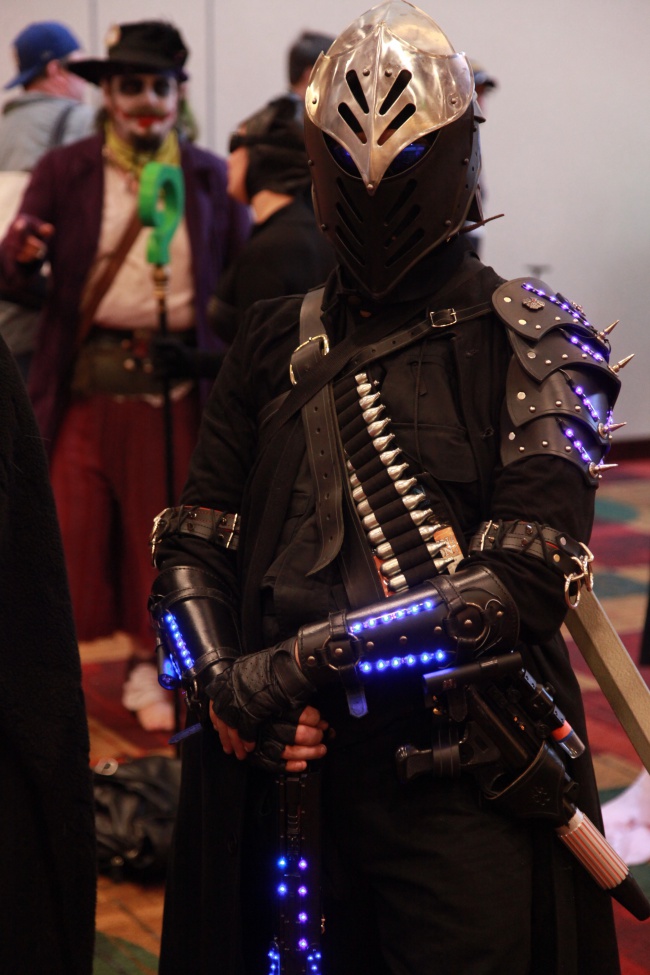 Honestly don’t know about this one. I think it’s just an original creation, but something about the helm strikes me as familiar. It’s badass regardless. 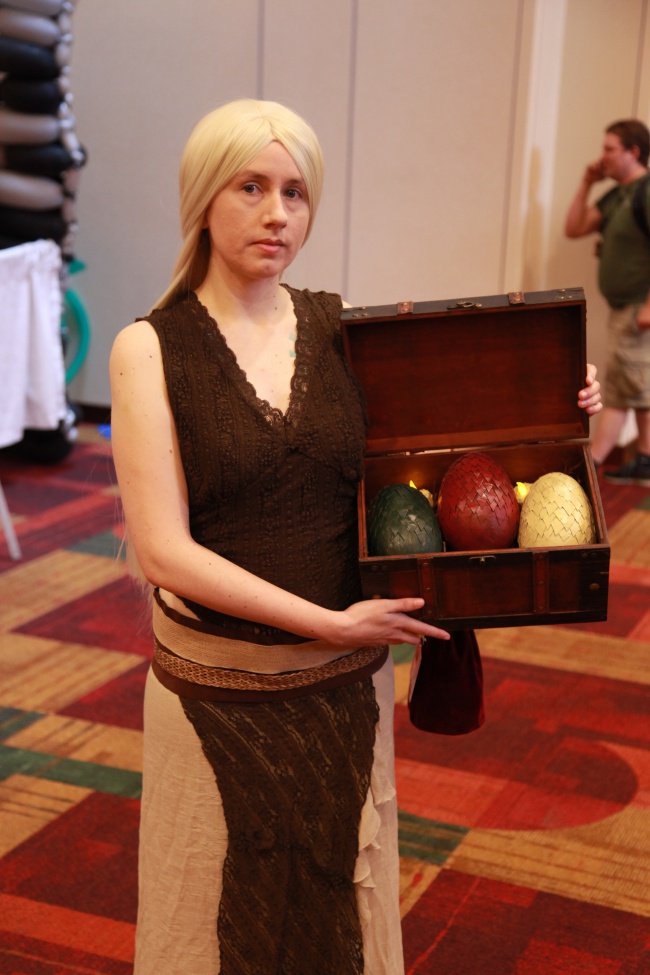 The mother of soon-to-be dragons. 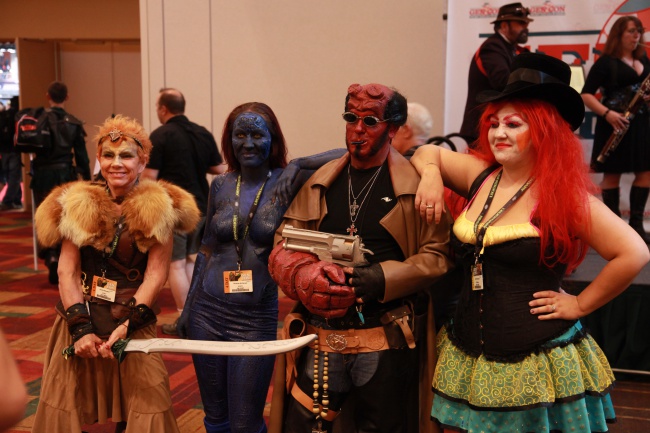 This one is actually pretty cool outside of just the cosplay. I overheard them saying they are a whole family tree of cosplayers all together. 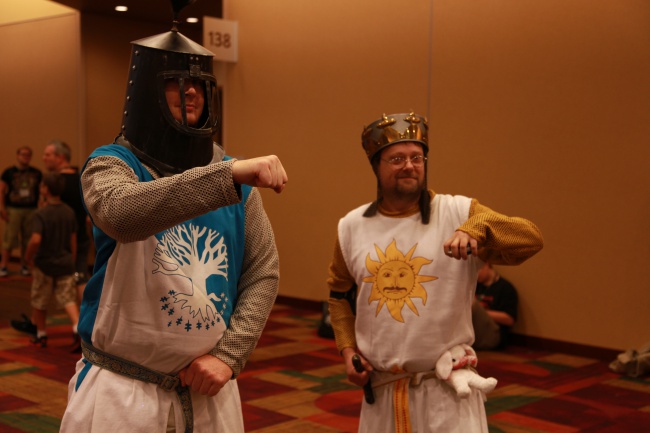 On second thought let’s not go to Gen Con, tis a silly place. 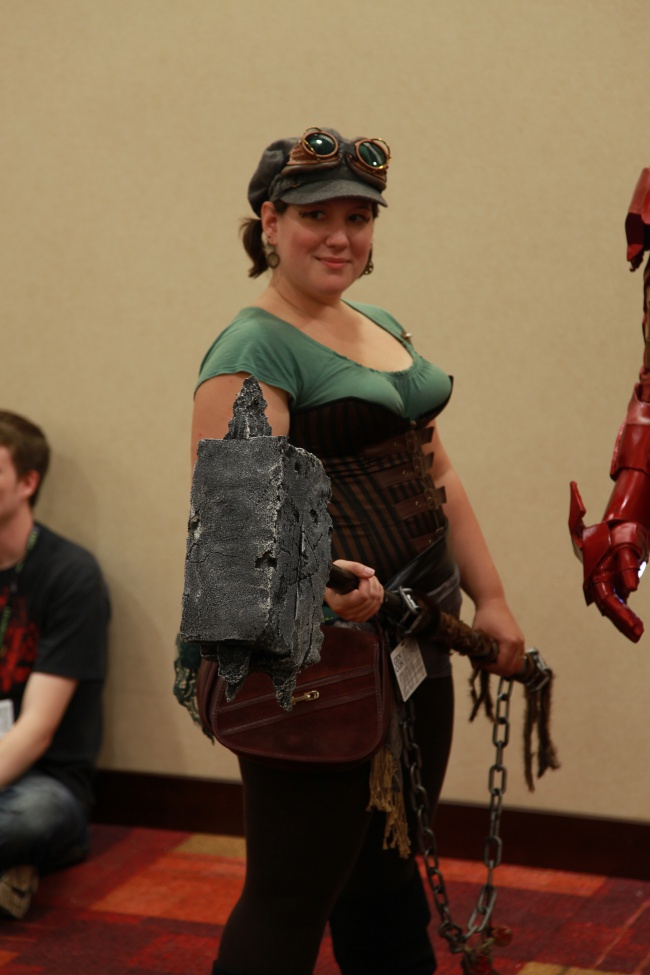 Don’t know if this is a specific character, but she’s got quite the maul to go with her steampunk ensemble. It does however have a Ramona Flowers vibe though. 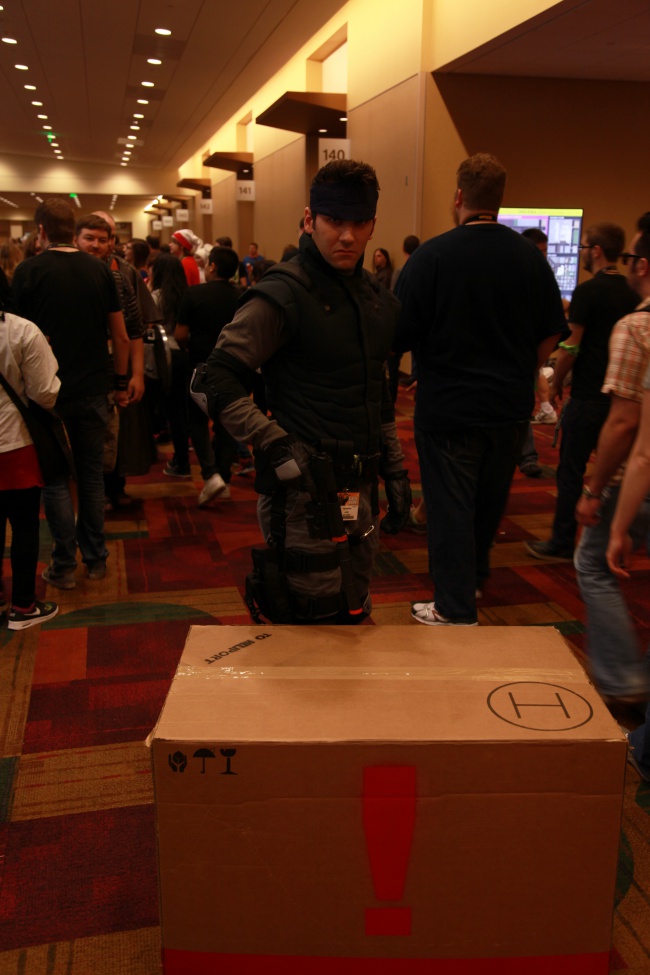 The Red Hood is getting photobombed by Bane.

This guy really has the chin to pull of Judge Dredd. Might actually be one of the best ones I’ve ever seen. 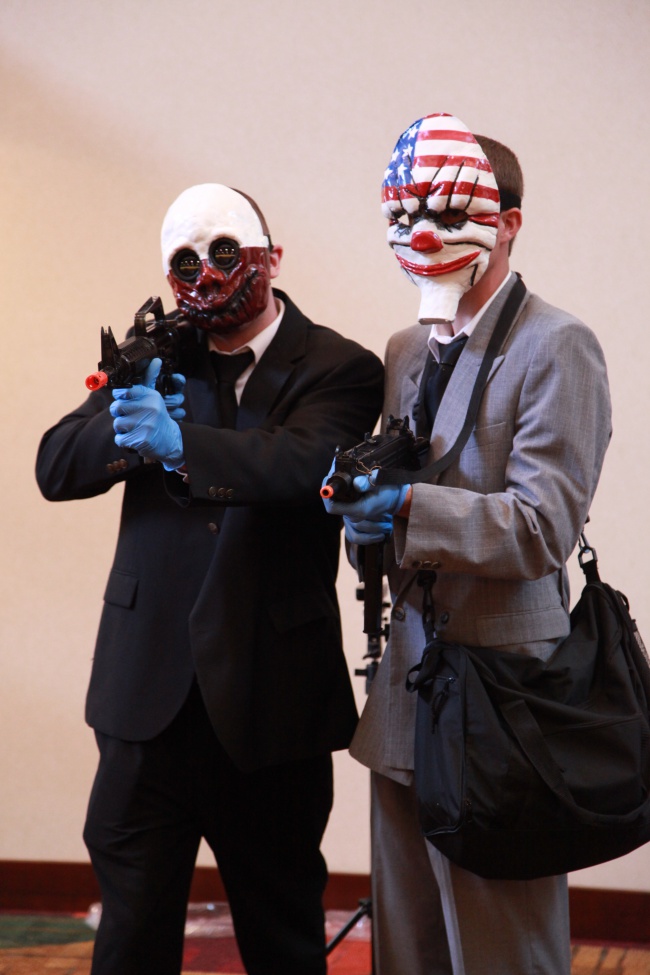 Really these guys were just looking for a Payday candybar. 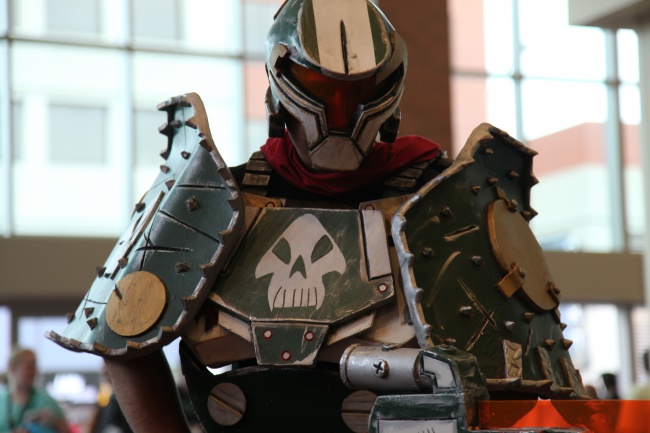 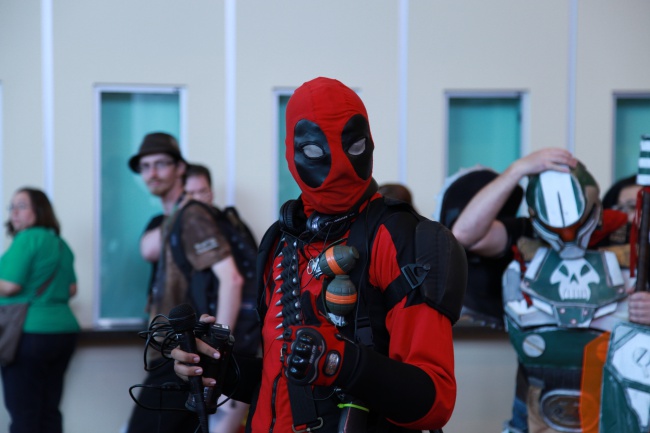 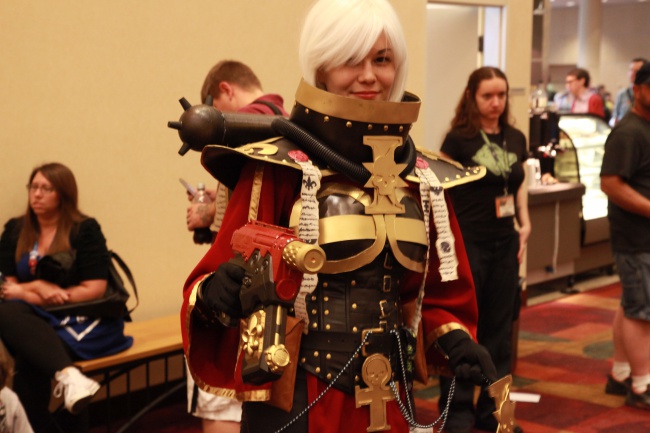 This Adepta Sororitas will cleanse the xenos for the Emperor. 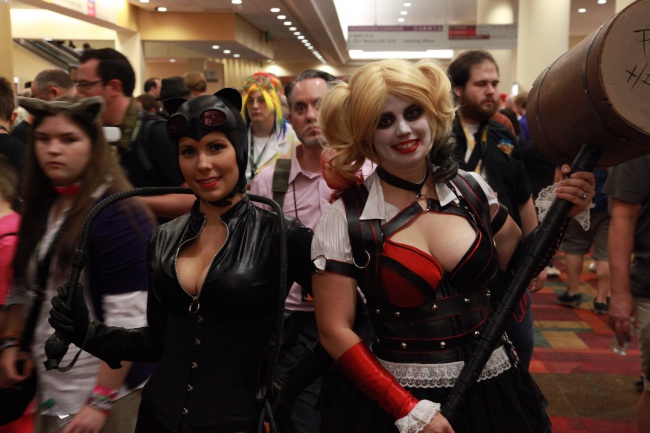 Catwoman and Harley out for a little stroll. 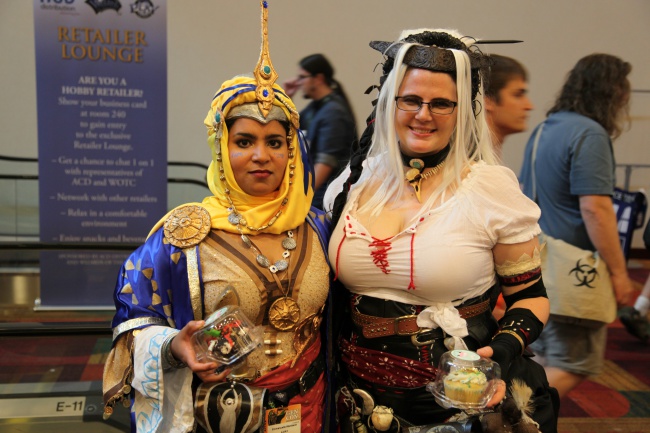 Paizo had one of the busiest booths at the convention, their lines literately went out the door. These two are sporting designs of two of Pathfinder’s iconic characters, and also cupcakes. 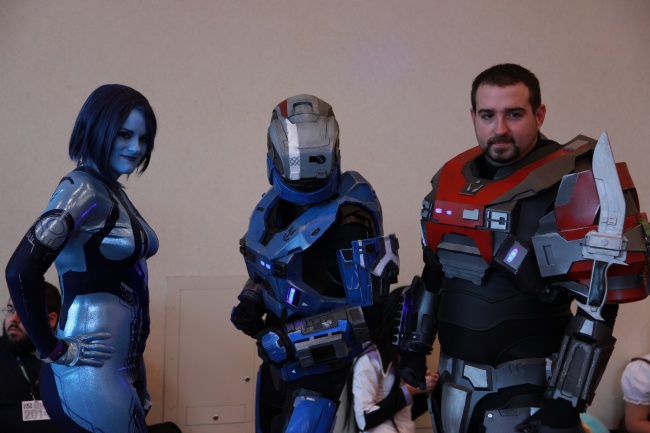 Turns out these Halo fans always dress like this to go to Colts games and didn’t even know Gen Con was going on. 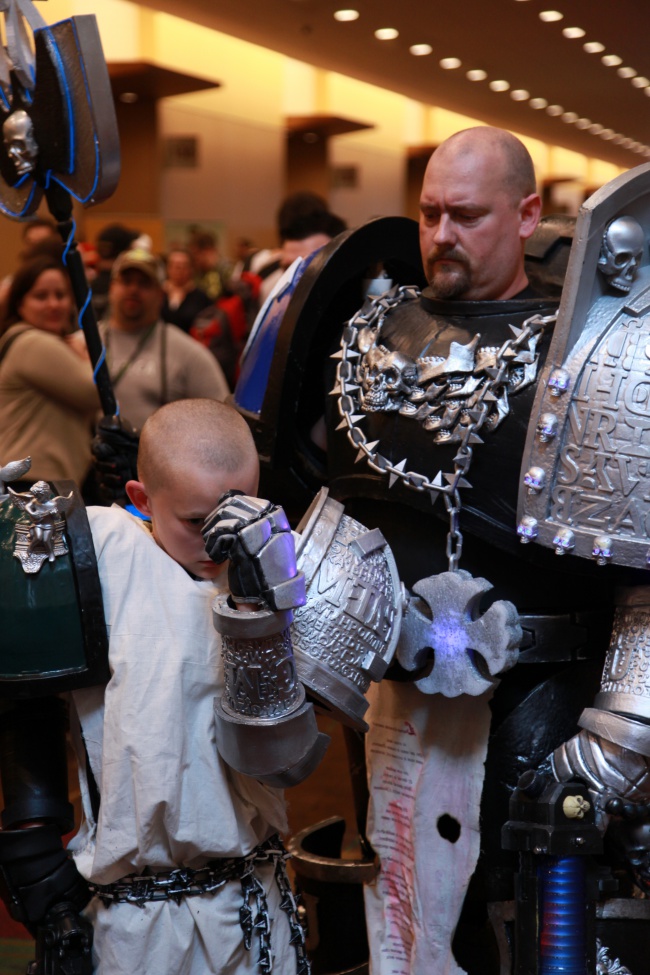 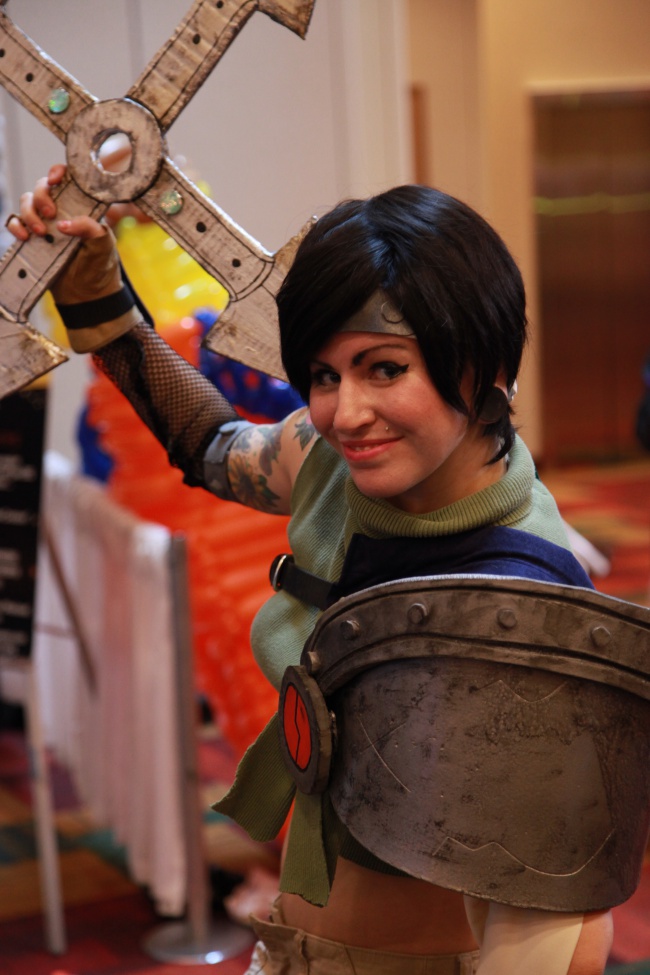 Be sure to check your Materia pouch after meeting her.

Franken Stein is so well adjusted they even let him be a teacher. What could possibly go wrong with that? The chair is a nice additional touch.