Rape Jokes Are Not a Laugh, Riot

Riot Games, the studio founded in 2006, and best known for it’s one and only release, League of Legends, was revealed earlier this month to be an allegedly toxic workplace by a bombshell report from Kotaku. While many in the industry (including former head of now-defunct Boss Key Games, Cliff Bleszinski) initially dismissed the allegations, the company later admitted some aspects of the Kotaku report were true, and that the company hadn’t “lived up to [their] own values.” 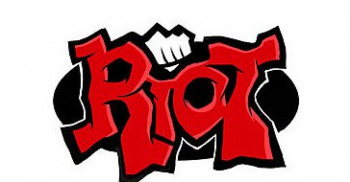 This week, Riot announced its “first steps” toward correcting the problem.

“For the past three weeks, we’ve been focused on listening and learning,” begins the statement, posted on Riot’s corporate website under “Who We Are.” “As a company, we’re used to patching problems ASAP, but this patch will not happen overnight.”

The statement outlines a seven-step plan addressing several areas where Riot will commit to improving the culture at its Santa Monica studio. Among them are expanding its existing Diversity and Inclusivity team, and conducting a through investigation into the company’s culture.

“We’ve always believed that Riot should be the home for the very best talent in gaming. It’s clear we’ve fallen short of that goal. But we’ve never backed down from a challenge before and we don’t plan to start now.”

The statement came exactly one day following an exhaustive blog post from former Rioter Barry Hawkins outlining why he chose to leave the company five years ago. Hawkins, who had been mentoring many of Riot’s younger employees, said “The Event” that led him to resign was a rape joke appearing in the company’s recruitment policy. It was a rape joke first told by Riot co-founder Brandon Beck at an all-hands company gathering.

“The Friday kicked off with an AMA with Brandon Beck and Marc Merrill, where they shared stories about taking Talent Acquisition seriously … they shared an example of how one candidate did not take an offer initially, but because we persevered and followed up, they eventually did take our offer. At the end of that example, Brandon laughed and said, ‘I was about to say something.’ He paused, and then went on to say, ‘No doesn’t necessarily mean no.'”

“The next five to eight seconds seemed like minutes. … Pockets of raucous laughter broke out distributed about the room among lots of silence. I looked to my left and locked eyes with my original hiring manager, and we shared a one-second look of ‘Did this just happen?'”

While the seven steps outlined by Riot this week suggest a company taking its internal challenges seriously, the sheer volume of stories coming to light suggests what we’ve seen so far may only be the tip of a very large iceberg. Or, in LoL terms, that the culture of rampant sexism and toxic masculinity at Riot may be so ingrained in the culture that the aspects leaking into our awareness are simply the payload being pushed from year to year by the vast majority of its practices, policies, and personnel.

ArenaNet is marking the sixth anniversary of Guild Wars 2 by teaming up with Kung Fu Tea to offer a game-themed drink throughout September. 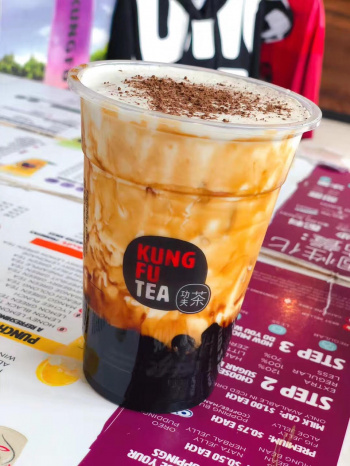 The New York-based chain, which has 180 locations across the U.S., has changed the name of its Cocoa Cream Wow – bubble tea made with lactose-free milk and cocoa powder – to Elder Dragon Dreamy Delight for the month. Customers who share a picture of the drink on social media using the hashtag #GW2xKFT are entered into a daily drawing awarding a copy of the Guild Wars 2 Deluxe Collection. Players can also use the Kung Fu Tea mobile app to claim a code that unlocks a dragon-themed outfit for their character.

“This would be our first collaborative project to tap into our current and potential customers’ gaming lifestyles,” Kung Fu Tea marketing and PR lead Mai Shi said in a media release. “We hope to keep bringing fresh, innovative, and fearless content to our community.”

Kung Fu Tea follows in the caffeinated footsteps of Starbucks, which teamed up with Pokemon Go developer Niantic in December 2016 to make all of its locations PokeStops or Gyms. Starbucks kicked off the partnership with a limited edition Pokemon Go Frappuccino which added raspberry syrup and freeze-dried blackberries to the classic vanilla bean frozen drink. You can still order the drink, but the real impact of the particularly clever integration is that players have a strong in-game incentive to swing by and linger for a while.

Both of these drinks are meant for gamers on the go, a sort of casual version of the major competition going on between packaged beverage makers fighting to be the Gatorade of the eSports community. Monster Energy sponsors teams around the world and G Fuel Energy Formula was founded by a group of guys really devoted to playing Call of Duty longer. Products like NAU claim to not only provide energy but also increase a player’s focus and concentration. Water is usually a better choice than sports drinks for hydrating during casual workouts, but commercials showing star athletes drinking the brightly colored liquid are a powerful marketing tool. Expect companies to keep trying new tactics to become the drink that gamers seek out to fuel their marathon play sessions.

After years of reboot rumors, Onimusha is finally back. Capcom announced that Onimusha: Warlords will be re-released on PlayStation 4, Xbox One, Switch, and Steam. Mixing survival horror and chanbara schlock, Onimusha delighted PlayStation 2 owners back in 2001 and fueled a host of bizarre, fun sequels. What started as a pat samurai spin on the Resident Evil formula morphed into a time-travel epic starring Jean Reno in Onimusha 3 and even a strategy RPG on Game Boy Advance with Onimusha Tactics. Save for a long dead 2012 browser and mobile spinoff called Onimusha: Soul, Capcom hasn’t touched the series since 2006. 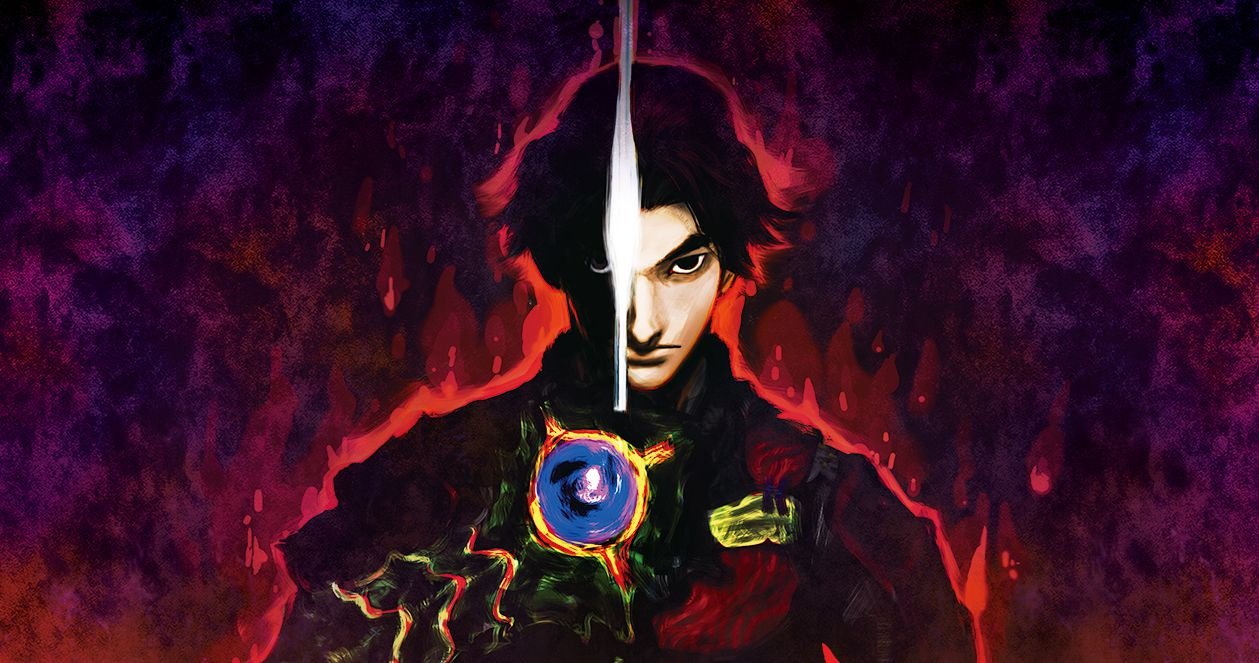 Capcom has a rich history of keeping its games in circulation. From its formative years porting arcade games to 8- and 16-bit hardware, to its experiments making compilations like the Capcom Generations series on Sega Saturn, Capcom is the rare video game publisher that’s prioritized keeping its expansive library accessible to new players. That’s why Onimusha‘s vanishing act has been so strange. Unlike Devil May Cry, Street Fighter and the publisher’s other staples, Onimusha is the rare Capcom series that’s never received any kind of re-release or support after its initial run.

Fans of Onimusha have at least been spared from another Capcom staple: shoddy porting. While the company’s been more than reliable in terms of keeping its games on contemporary hardware, its ports are notorious for their varying quality. The Mega Man Anniversary Collection on GameCube switched the positioning of the shoot and jump buttons from the NES games and didn’t offer any control customization. As recently as 2016, Capcom has released “remasters” that break games in hilarious ways. Take Resident Evil 4 HD on PlayStation 4. Leon S. Kennedy can run into chickens tearing around the Spanish countryside constantly laying eggs. Why are they laying so many eggs? The healing item drop rate was tied to the original game’s frame rate of 30fps and the bump up to 60fps in the remaster causes the game to behave … erratically. Funny? Yes. But not exactly an archival quality release.

When it’s on, though, Capcom can deliver peerless re-releases like 2015’s Resident Evil HD, a remaster of the 2002 GameCube version of Shinji Mikami’s survival horror classic made contemporaneously with Onimusha: Warlords. Not only did it perfectly upgrade the visual presentation of the 2002 game for HD screens, it also offered new difficulty settings and re-designed analog controls to better suit modern players. Onimusha‘s remaster is, according to Capcom, going to get the same treatment when it comes out in 2019.