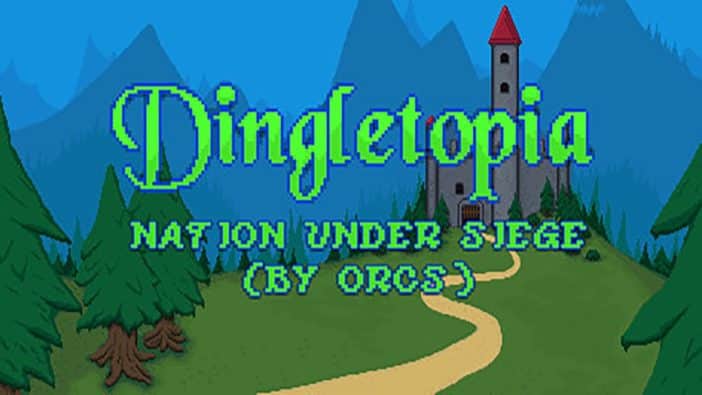 Dingletopia: Nation Under Siege (by Orcs) is a far more complicated game than one would initially expect. Featuring mounds of gibberish fantasy terms that slide right off the brain, war-torn nations named after body parts, and wonderfully ugly portraits of rival monarchs, one would expect the focus of the game to be squarely set on humor rather than mechanics. After a few turns, however, a strong strategic backbone becomes apparent under the sea of dwarven butts and pixel blood. The free game‘s mixture of tomfoolery and tactics is a pleasing experience, keeping each moment of the four-hour playtime filled with new ideas.

Prince Dingle Dorfen is on a quest for “revengence.” His father has been slain by an Orc, and Forlorn Gumpel, Dingle’s dear friend and royal advisor, has also been kidnapped in the process. Dingle cannot rescue Forlorn alone, however, as the orc capital is teeming with deadly forces. Instead, he must inspire the nations of Dingletopia to unite behind him, manipulating each ruler through flattery, bribery, or pure force. As the rulers fall in line one by one, Dingle slowly advances on the Orc capital, cutting a bloody swath through all who stand in his way.

Dingletopia: Nation Under Siege (by Orcs) is a streamlined version of the 4X formula, where the player slowly takes control of a map via exploring, expanding, exploiting, and exterminating. While the game may initially seem intimidating to genre newcomers due to the lack of a tutorial, the use of short turns, a small pool of resources, and funny writing make Dingletopia a good choice for beginners.

Each in-game turn is used to improve Dingle’s empire, by building up troops, researching new technologies, having diplomatic meetings, or searching for treasure. Choosing which approach to take is tricky, as resources are limited and the Orc threat grows more powerful with every passing month.

Diplomacy is an important aspect to growing stronger, as when a kingdom joins the empire more money is generated each turn and new types of units become available. The monarchs of the neighboring nations are a quirky bunch, however, and the effectiveness of peace meetings varies wildly between the characters.

The potato man in the south is more interested in discussing slave ships and hemorrhoids than an alliance, whereas the northern king is quite friendly but often forgets deals made due to partying too hard. Some other individuals are better convinced to join the cause by deploying troops to help protect their borders, or buying loyalty with cold hard cash. The continuing approach of Orc warships makes it very difficult to keep all the monarchs safe, and sometimes a certain alliance must be prioritized for strategic positioning rather than likability. If Orc forces defeat a kingdom twice in battle, the land is lost forever, along with all its resources.

Should some spare change be left over from charming the nearby nations, an extensive technology tree makes good use of every remaining coin. Upgrades can improve the abilities of the troops, ranging from explosive ammo to reanimating fallen soldiers, and also give Dingle special attributes, such as becoming better at making speeches or reducing the cost of diplomatic endeavors. Relics found while treasure hunting often open more options on the technology tree, further expanding the options available. 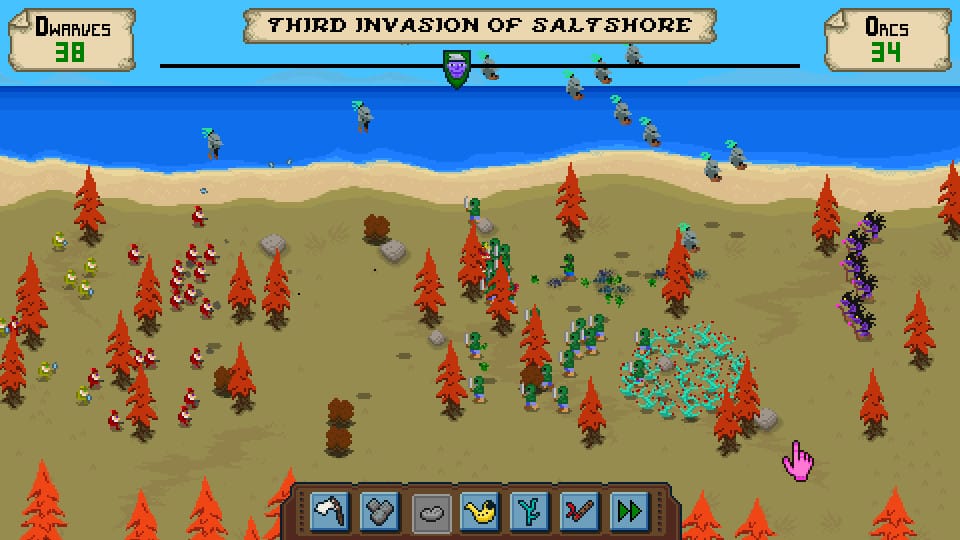 Battles in Dingletopia: Nation Under Siege (by Orcs) slowly ramp up in intensity, from small skirmishes along the coast line to enormous waves of baddies rushing to protect Orcish strongholds. Fighting is done automatically, units clashing in the center of the screen until the larger or better-equipped army emerges victorious. This is not to say that the player has no impact on battle: A small, well-balanced army can overcome a larger one using only one unit type, and scavenged war machines allow Dingle to turn the tide of battle by growing a patch of magic beans or launching a cannon once per battle.

The automation of battle aligns with the quick pace of the game, but I would have loved to see a slightly more complex approach. Some of my favorite memories from 4X titles are of overcoming seemingly insurmountable odds in a battle by playing well, but here all cunning thought must go into preparation, rather than the battles themselves.

Among battling, diplomacy, treasure hunting, and keeping the kingdom happy, each turn is a delicate balance of protecting existing borders as the army pushes forward. The campaign is quite long, with my run clocking in around four hours, and the playful writing ensured each turn held something new.

I do wish the game had a proper tutorial, both to make the game more welcoming to newcomers and explain a few points that the help screen misses. In most games of this type, moving an army into a neutral party’s border would be an act of war, but here it actually helps with diplomacy, which I did not figure out until very late in the game. I did manage to just scrape a victory without getting an alliance with every kingdom, but I might have been on more solid footing if the diplomacy system were better explained. 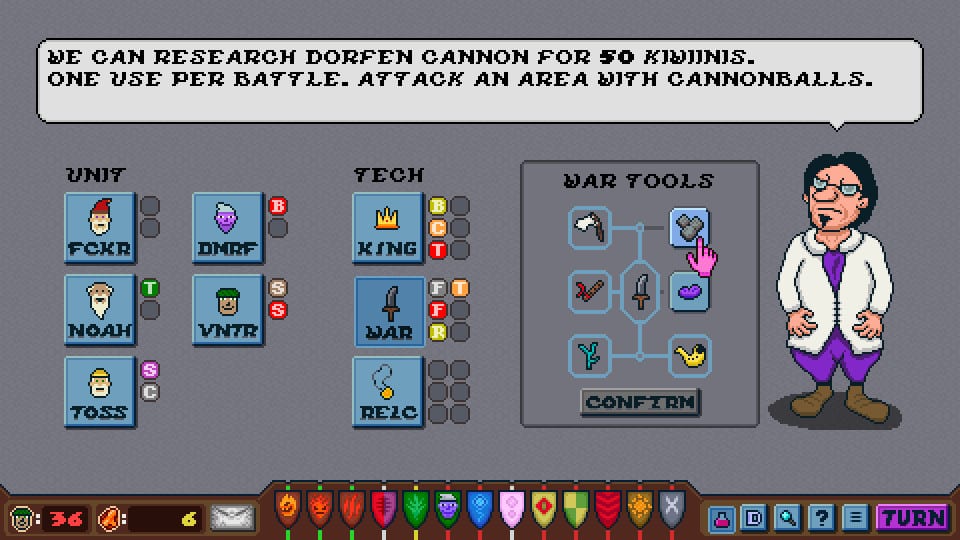 Helping to keep each turn fresh is the utter absurdity of Dingletopia‘s world, where potato chips can be kings and the seemingly menacing old witch is actually a pretty cool lady with a knack for soup-making. The descriptions of each diplomatic interaction are always a delight, filled with a great deal of social awkwardness. Such loving attention is also given to the character portraits, detailed pixel art of bizarre people. I particularly loved the contrast of Dingle’s hyper-muscular action hero appearance with his jolly red dwarf outfit, complete with a floppy red hat. High-energy fantasy music completes the world, adding to the epic nature of Dingle’s journey.

Dingletopia: Nation Under Siege (by Orcs) is a highly satisfying strategy game, a complex empire builder that avoids getting too bogged down in resource management. A strong sense of place and bizarre sense of humor make the game stand out from others in the genre, and I would love to see more set in the same world. Developers GZ Storm and Lazrool have also made several other free games, although be aware most of them are “not safe for work.”

Next week we will be playing Kinoko, a 3D puzzle platformer about helping a forest spirit bring about spring after a long, cold winter. The game can be downloaded from Steam. If you would like to share your thoughts, discussions will be happening in the Discord server.