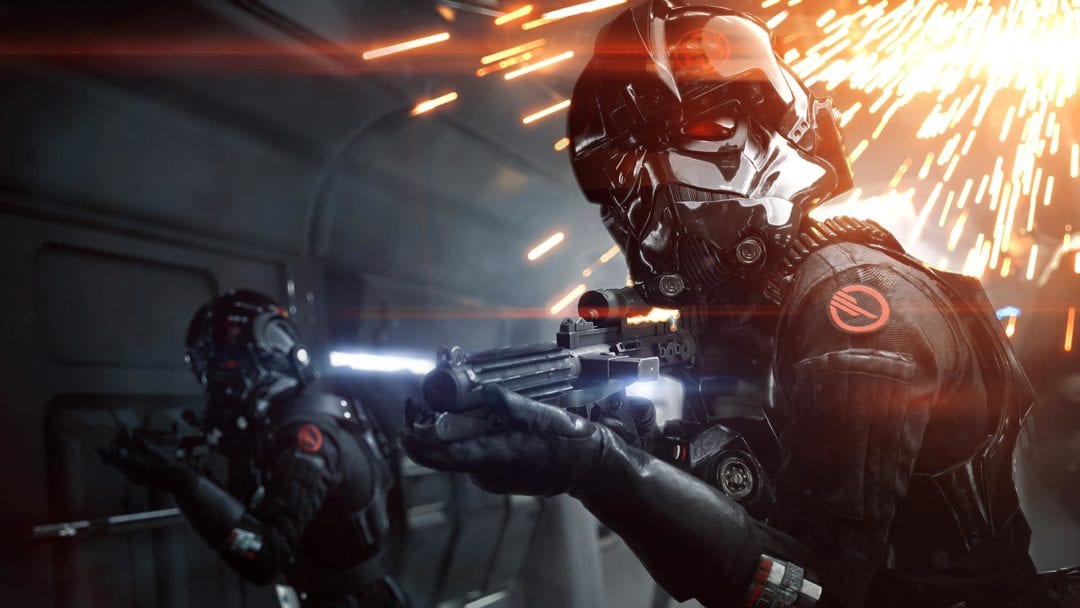 Six years ago, Disney signed a deal with Electronic Arts giving the games publishing giant exclusive rights to make video games based on Star Wars. On paper, this makes sense. Disney bought the rights to Star Wars the previous year, and it’s perfectly reasonable for it to want to leverage that license beyond movies. You don’t pay $4 billion for something this big unless you’re planning to use it. By releasing a steady stream of movies, television shows, toys, novels, comics, and video games, Disney would be able to sustain the Star Wars brand and make it even more profitable. People would buy the comics because they liked the movie, or they’d buy the video game because they liked the novel, or they’d buy the toy because they liked the TV show. If done properly, the brand could become an even more unstoppable culture-wide juggernaut.

Disney has almost bottomless pockets and it can solve a lot of problems by simply throwing money at them. On the other hand, Disney is a smart company and knew it didn’t have the expertise to begin making video games right away. It takes time to spin up a new studio. If you compare the credits of a big budget movie to the credits of your typical AAA game, you’ll see the two are in roughly the same ballpark in terms of scope and scale.

If you want to launch a video game division, you need to establish offices, secure executives with the right expertise and a compatible vision, hire experienced producers and designers, fill out the team with talented people, develop a toolchain, build prototypes, do playtesting, and come up with a coherent vision for your product. If you’re starting from zero, then that process can take months. That’s not the time it takes to make the game, that’s just what’s needed to get to the point where you can begin development. Even then, very few new studios manage a smash hit on their first try.

Rather than wait for years to spin up their own studios, Disney handed the license off to a major publisher. Sadly, they choose EA. To illustrate what a terrible decision this was, check out this image that’s been floating around the internet for over a year:

That is an amazing lineup of games. For contrast, here is what EA has done since they secured the exclusive deal with Disney:

This pretty much sums up everything wrong with the modern AAA scene, and with EA in particular. It represents a humiliating lack of creativity, vision, and leadership. In the years from 2002 to 2006, a large collection of studios was able to create 16 different Star Wars titles. In the same length of time, the staggeringly powerful EA managed to release just two. Neither of them was particularly good.

It’s not just the lack of titles and the low quality. There’s also the problem of EA’s ridiculously myopic focus on a single genre. In those first four years, the Star Wars games featured:

That’s an amazing lineup. Even lumping all the various flavors of shooter together, these games represent at least six different genres and offer titles that appeal to a broad spectrum of fans.

Today, Disney is clearly working hard to make sure that Star Wars is for everyone. The new movies are deliberately going for cast diversity and their lineup of properties offers an incredible variety in terms of tone and subject matter. The Star Wars: Rebels TV show is a lighthearted all ages adventure. Rogue One: A Star Wars Story was dark and cynical. Solo: A Star Wars Story was a heist movie. Star Wars Kids is focused on introducing the brand to the younger generation. Various pundits have asked some variation on the question “What do fans want from Star Wars movies?” I think Disney has already decided that Star Wars doesn’t need to be defined by a singular tone or style. Creators can experiment and change the formula to reach as many people as possible.

And yet when given the keys to this gold mine of opportunity, EA only produced:

If Ben & Jerry’s made ice cream the way EA made games, then the only flavor would be “Mountain Dew & Cheetos.” When nobody wanted this syrupy yellow ice cream, the company executives would shrug and claim that the market had shifted because people didn’t like ice cream anymore.

EA is a conglomerate with over 30 subsidiaries working in all parts of the industry from browser games to mobile titles to AAA releases. Even with access to this vast pool of talent and money, EA couldn’t do better than these two games. This is why I get annoyed when people blame EA’s failings on greed. If their only problem was greed, we’d be drowning in Star Wars spinoff titles of every kind and people like me would be writing articles asking if maybe the franchise is getting burned out from overexposure. EA’s problem isn’t greed. Its problem is flagrant, ongoing, comprehensive incompetence.

To see why greed isn’t the problem, just look at Disney. It’s making all these Star Wars and Marvel movies because it wants to make billions of dollars. Disney is just as greedy as EA. The difference is that Disney knows what it’s doing and EA doesn’t. Imagine if a Disney movie showed up in theaters broken and missing key scenes because the project went over budget and Disney wasn’t willing to move the release date. Disney would never do that, because it knows how much quality matters. EA does it all the time, without ever acknowledging that the resulting damage is the result of its executive decisions.

If I was an executive at Disney, I’d be incensed at how EA has behaved. If I’d entrusted a company with one of the most valuable IPs on the planet and this is all they managed to accomplish with it, I’d be very eager to look at the contract and see if there was any way I could get the IP back. Disney could hardly have done worse if it just started its own studio and fumbled around until it figured out how to make games.

As reported by Jason Schreier at Kotaku, EA has attempted to make a couple of other games since its exclusive deal began. One project was called Ragtag and was designed to be a third-person story-based action game along the lines of Uncharted. It was worked on by Visceral Games of Dead Space fame.

EA was expecting the game to directly compete with the likes of Uncharted 4: A Thief’s End, ignoring the fact that Visceral had never made a game like this, was using new tools, and had a fraction of the personnel that Naughty Dog would employ for a project of this scope.

Visceral wanted to make a gritty adventure story apart from the Jedi, the Empire, and the Skywalker family. EA executives couldn’t imagine a Star Wars games without these things. It only knew Star Wars through the most superficial elements. Rather than trusting in the expertise of developers that were studying Star Wars lore for a living, EA executives trusted in market research that told them fans would always want the same old thing over and over forever.

The leadership at EA was making sweeping decisions about a Star Wars video game while being ignorant about leadership, Star Wars, and video games. EA eventually canceled the project. We can’t really know how it would have turned out, but it’s hard not to be disappointed that all of that hard work and creativity went to waste.

We’re now four years into EA’s Star Wars exclusivity deal, and so far they only thing it’s managed to accomplish is damaging the brand by associating it with a controversy that led to legislation. The details of the contract between Disney and EA have not been disclosed so there’s no way to know if Disney has the ability to alter the deal.  But if there is something that can be done, I hope Disney does it soon. For the good of gamers, developers, and Star Wars fans, EA should pay for their lack of vision.