When two movies come out at the same time, suffer from many of the same flaws, and both make you want to never see another film from their creators again, it only makes sense to group them together. First up is Don Verdean, a film from the director/writer duo of Nacho Libre and Napoleon Dynamite. Second, the Netflix-exclusive Adam Sandler movie The Ridiculous 6. 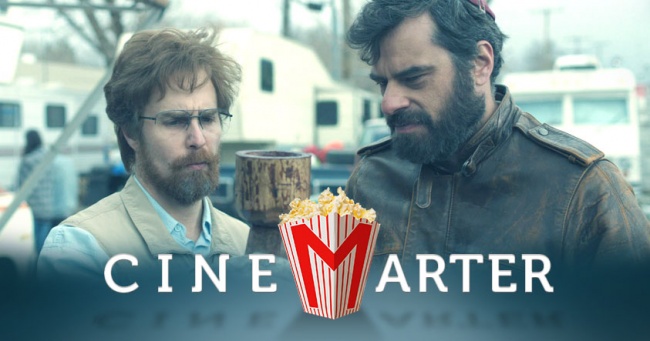 2015 hasn’t been a very kind year to the director-writer duo Jared and Jerusha Hess. Earlier in the year they had their film Masterminds pushed back over a full calendar year, and now they’ve released Don Verdean, which has been saved of the misfortune of being their worst film only because their filmography also includes Nacho Libre and Napoleon Dynamite, two of the sorriest excuses for comedies since the turn of the century not brought to audiences by Adam Sandler (although more on him later).

Don Verdean wishes to be a satire of American church culture. Its lead is Don Verdean (Sam Rockwell), a biblical archeologist whose findings – mainly the shears believed to have been used to cut the hair of Samson – have inspired tons of people and reinforced their faith in the religion. He’s fallen on some hard times, but after being bankrolled by a church run by Tony Lazarus (Danny McBride), he manages to fake his way back to the top – by forging discoveries. Unfortunately, that lie grants us a traditional “in too deep” story, one that becomes boring very fast – all but ensuring that the film’s initial satirical premise gets lost in the process. 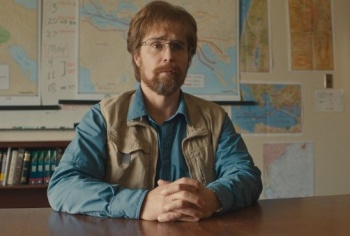 Basically, what we get to see is Don Verdean lying to people, the masses eating it up – except for the film’s villain(?), a rival Pastor (Will Forte) – and the stakes continuing to be raised with each lie. The plot is conventional and has very little happening, the characters are paper-thin, and – most importantly – it only contains a couple of chuckles when it comes to the comedy aspect, which is the most important part of a comedy. It wastes its talented supporting cast, instead of being an actual satire it mostly just points and laughs at blind followers, and it lost any interest I had it in it early on.

But, then, this is what these people do. They open with promise, employ a pretty strong cast, and then just repeat the same things over and over again – jokes that weren’t even that funny, clever, or insightful in the first place – to the point that it’s insufferable. By the end of Don Verdean – or Nacho Libre, or Napoleon Dynamite – it’s almost impossible to care whether the protagonist fools the masses, dies, wins the lottery, commits all seven deadly sins in one act, or becomes Jesus Christ himself. Complete and utter apathy is the only reaction possible to the films by the Hesses. Well, that and boredom.

It’s downright criminal how badly they waste talents like Sam Rockwell, Amy Ryan, Jemaine Clement, Danny McBride, Leslie Bibb, Will Forte, and Steve Park. Sam Rockwell is one of the best (and underrated) actors currently working, and here he’s saddled with playing a character who has nothing to him. Amy Ryan plays his assistant, which means that she has even less to do. Danny McBride, Jemaine Clement, and Will Forte have characters that could’ve been great, but instead are handfuls of nothing.

The films of Jared and Jerusha Hess are some of the most “nothing-filled” projects out there, and Don Verdean proves to be no exception. With the bare minimum of a plot, a waste of talent and premise, and only a couple of chuckles in a 90-minute film, Don Verdean is a terrible movie.

Bottom Line: A waste of talent and a waste of time Don Verdean is an awful attempt at comedy.

Recommendation: If you liked Napoleon Dynamite and Nacho Libre, well, here’s another one of those. Also, explain yourself. 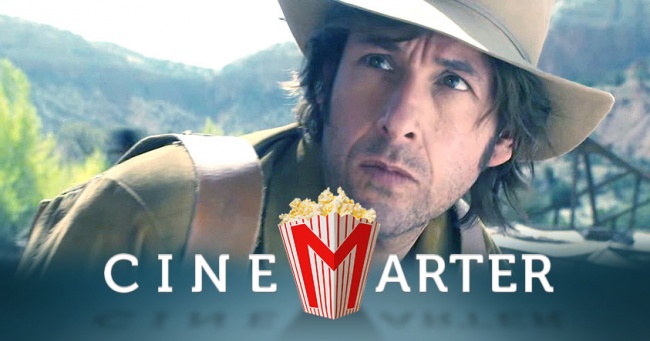 Adam Sandler has a four-picture deal with Netflix, an idea about as smart as any of the jokes in an Adam Sandler movie. The first of these atrocities is The Ridiculous 6, a movie so bad that, had it been given a wide release, it probably would have topped Paul Blart 2 as my worst film of the year. Yes, this newest effort is that bad. It’s Adam Sandler’s worst movie of 2015 – worse than Pixels and The Cobbler, easily – and may just be the worst of his career.

The film, which wants to be a parody of classic Westerns in general, and The Magnificent Seven specifically, takes Adam Sandler and a bunch of his in-film half-brothers as they try to collect enough money to save their father (Nick Nolte!!!) after he’s kidnapped. In theory, this isn’t the worst idea ever for a movie, and it’s not like Western tropes aren’t ripe for the comedic picking. However, in practice, this is a disaster. From Sandler sleepwalking his way through another performance, to the way that there’s absolutely no flow to the film – it’s a loosely connected skit-show – or how the film has so little respect for Native Americans that several of them walked off its set. If the jokes were clever, this might not be a problem, but this is a film that contains a running joke in which a donkey has diarrhea that can be shot across a room, so you can take that hope and throw it out the window. 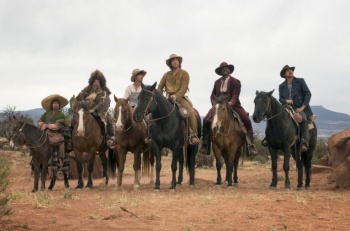 After the “Ridiculous Six” gets assembled – Sandler, Taylor Lautner, Rob Schneider, Jorge Garcia, Terry Crews, and Luke Wilson – they stumble from scene to scene, walking into various cameos from actors who should know better, and doing absolutely nothing of interest. The likes of Steve Buscemi, Danny Trejo, Steve Zahn, Whitney Cummings, Jon Lovitz, and John Turturro are here, and it’s embarrassing. Oh, and get this: Vanilla Ice plays Mark Twain. If that’s not the most bizarre casting choice of the year, I’d be shocked.

The film wishes to be a parody, like Blazing Saddles, but since it’s been written by Adam Sandler and Tim Herlihy (Pixels, Grown Ups 2, Bedtime Stories, etc.), you’re not going to get any sort of insight, ingenuity, or humor. In fact, the only reason anyone’s calling it a parody, or a satire, is because Netflix had to defend the film after the aforementioned walk-offs. What humor comes from naming some of its Native characters “Beaver’s Breath” or “Never Wears Bra”? Or that wonderful donkey diarrhea running gag? Or a gang who scoop out their right eye, because the gang decided that was their symbol – complete with a scene in which a man does exactly that. Where is this supposed satire?

Add in the complete lack of flow, and the fact that it runs for 119 minutes and you start to look for anything that might be even remotely funny, interesting – or maybe the “light” that comes at the end of a life, which you’ll look to with great pleasure knowing that you’ll never have to endure another one of these again. There is nothing to like about The Ridiculous 6. Unfortunately for Netflix, there are three more of these to come. It’s going to be a bumpy and scatology-filled ride.

Bottom Line: The Ridiculous 6 is unfunny, too long, insensitive/offensive, lacking in plot and flow, and even Adam Sandler looks bored.

Recommendation: Netflix made an error by signing Adam Sandler to a 4-picture deal. Ensure that the company realizes that was a mistake by avoiding this film.