I’ve been to Atlanta, Georgia a few times. I’ve been to a couple of conferences there, and my older brother went to Georgia Tech a few years back. I’ve flown through the (damned) airport a number of times, and consequently have frequented a couple of the airport hotels. Atlanta is hot, sprawly (it’s OK, I’m an Editor) and the home of a restaurant called Chicken & Waffles – check out the Midnight Train. In short, it’s southern.

Now, I’m from the south, and I’d have it no other way. I grew up where most three-letter words have at least two syllables and everything comes with gravy. I have a bit of a southern drawl. I know the secret to beating the heat is sitting on the porch with a tall glass of lemonade. Things are a bit slower here – probably because of that aforementioned heat – and we get used to things being a certain way here. After all, it’s hard to think so fast when it’s 95 degrees with 95% humidity outside and your stomach is full of biscuits and sausage gravy.

So, when I went down to Atlanta this past Labor Day weekend for Dragon*Con 2008, I had a hard time wrapping my head around the fairy in front of me and the Storm Trooper behind me in line at the Caribou Coffee in Peachtree Center. Not that it bothered me – I work in the games industry, this weirdness does not faze me. No, it was more that these guys were wandering amongst the Normals at a mall in downtown Atlanta in spandex and face paint completely unashamed, and in fact, reveling in it.

At that point, on the ground in Atlanta for less than two hours, I knew it was going to be a bizarre weekend. I had planned several rounds of tabletop gaming, a couple of panels to attend and one to be a part of, dealers’ rooms scouring, a roadside spot during the annual parade and lots of people watching.

I also had my camera. Lucky you.

And since I now consider myself an expert on Dragon*Con (it’s OK, I’m an Editor), I offer to you my six tips on surviving, nay, thriving through Dragon*Con.

First, some background.
“Dragon*Con is the largest multi-media, popular culture convention focusing on science fiction and fantasy, gaming, comics, literature, art, music, and film in the US,” says the website. Clocking in at about 30,000 attendees, and limiting the field to be so specific, yes, I guess so. It’s certainly one of the biggest consumer events in the southeast United States. 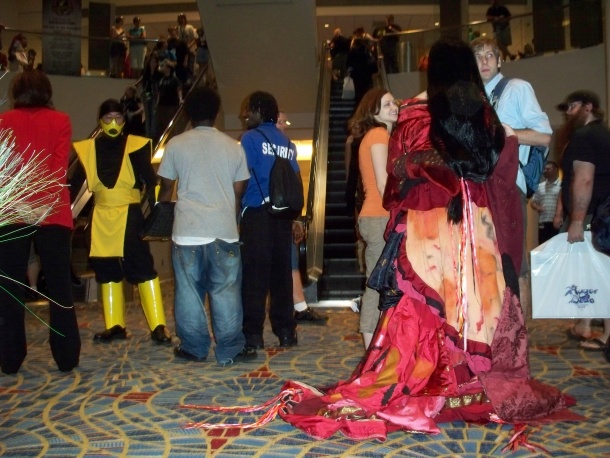 Dragon*Con is centered around Peachtree Center and four hotels in downtown Atlanta: Atlanta Marriott Marquis, Atlanta Hilton, Hyatt Regency Atlanta and Sheraton Atlanta Hotel. The above was taken in the lobby of The Marriott Marquis, but really, it could have been anyone of the four hotels. Or the mall foodcourt. 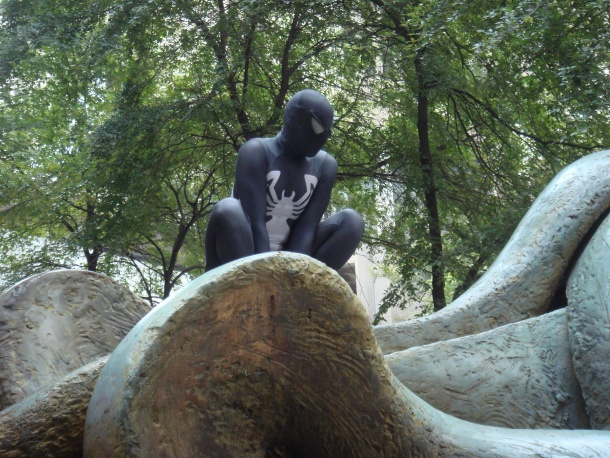 Don’t forget to look around – you never know what may be lurking around the corner … or on art installations. 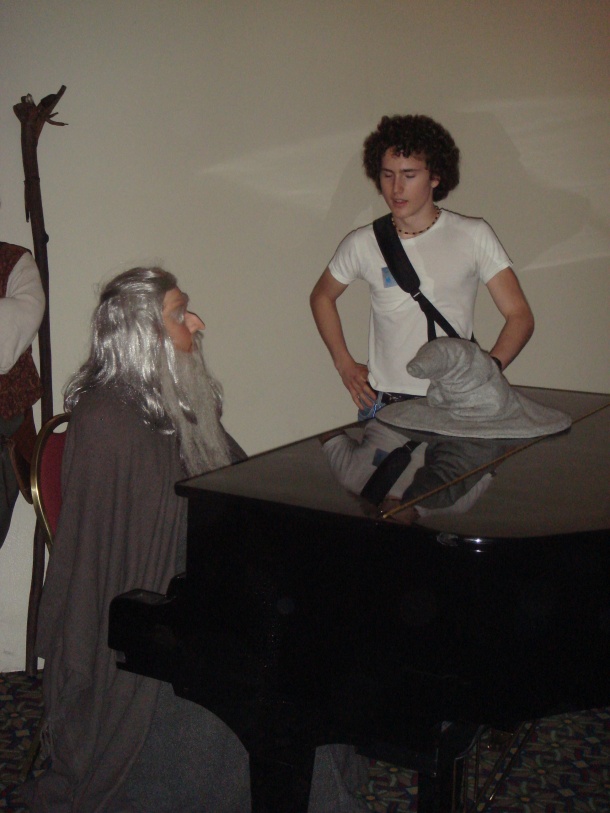 If you’re wondering who’s playing the Beatles, it’s probably Gandalf. And that guy singing. Who knew Gandalf was, in addition to being a powerful wizard, a talented musician? 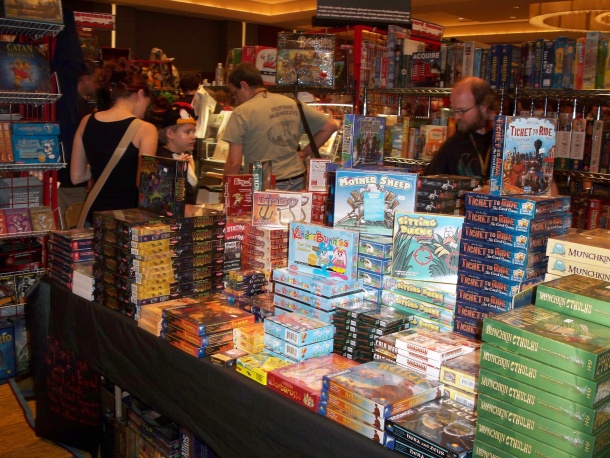 Cruising around the Dealers’ Rooms will uncover a bounty of delights from games and dice, to all manner of clothing for the cosplayer inside, to bins and bins of comics and anime. That’s what this guy was looking for: 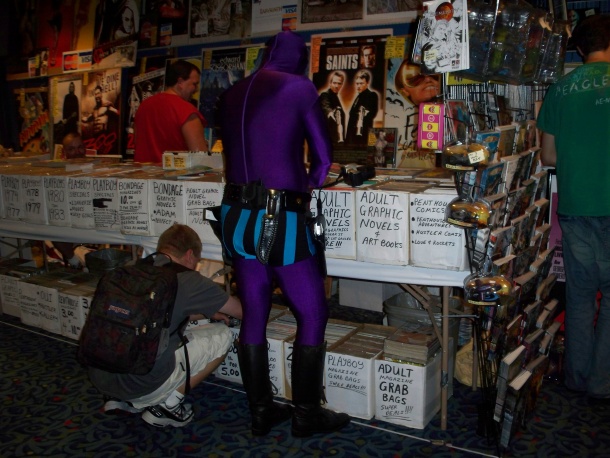 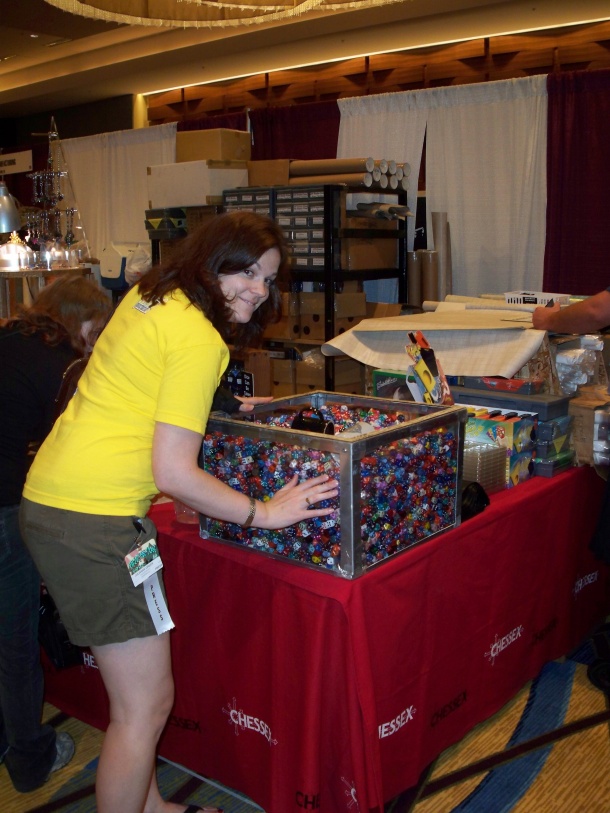 Gaming! First, find a bin like this one. Resist urge to put hands/whole arm/head in Beautiful Box O’ Dice. Buy dice. Betcha can’t buy just one! Then, sign up to play with a table of affable gamers, like this one: 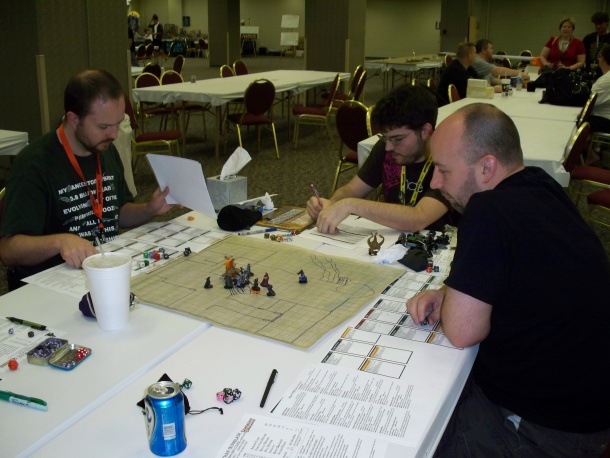 If you want to see panels, go early. Especially the ones with famous people. 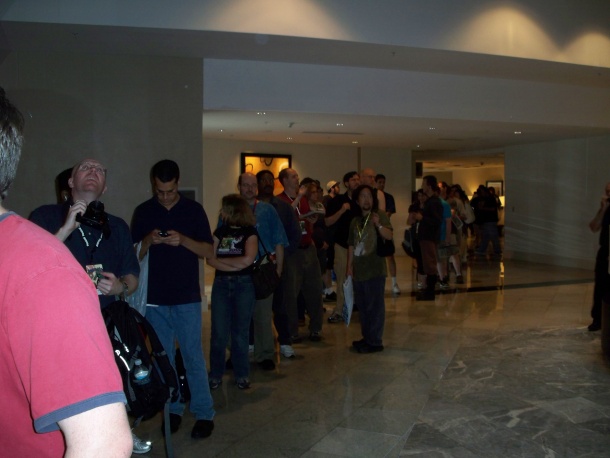 This was the line to see the Battlestar Galactica panel. The wait seemed almost as long as till January 2009 when the midseason break is over. Argh. The zombiephobes feared no better.

My pal and I tried to go to the panel Surviving the Zombie Apocalypse, part of the Apocalypse Rising track (yes, four days of programming on apocalyptic scenarios, art and ideas), and this is what we found: 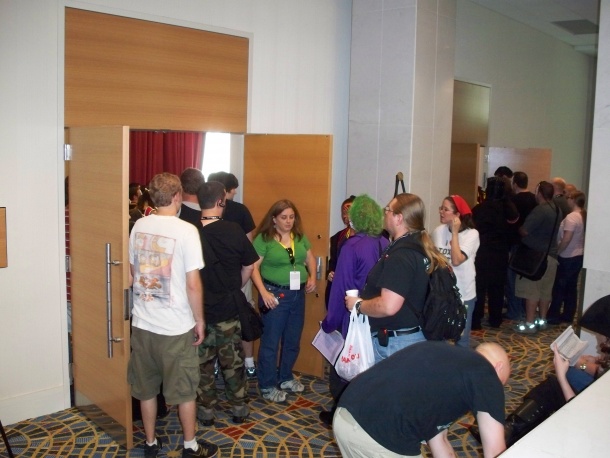 Even The Joker is worried about zombies! See, I’m not crazy to worry about them…

#5: Get up early Saturday morning.

Do not miss the annual parade. This is an absolute highlight of the con. 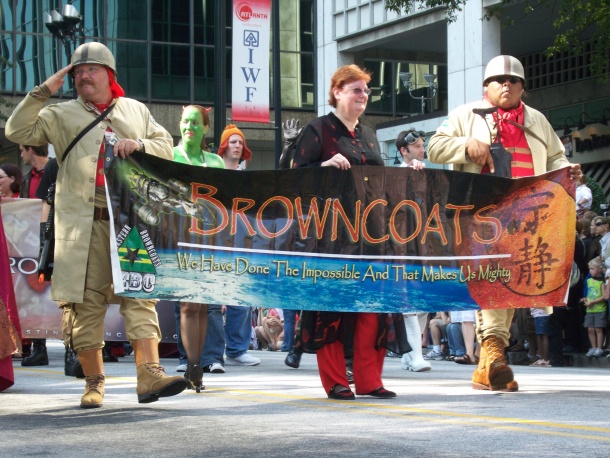 The Browncoats were out in force. I had no idea there’d be such a huge Firefly fanbase attending. But they were some of the most friendly and open people there. One of the large crew, a lady confined to a wheelchair, told a story of the Browncoat community coming to her aid, building her a new house when she divorced. 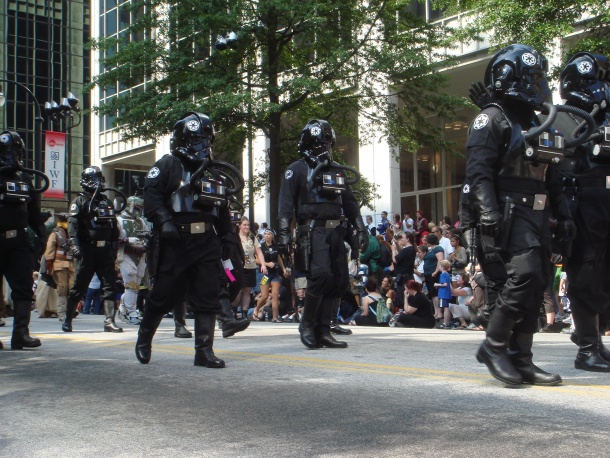 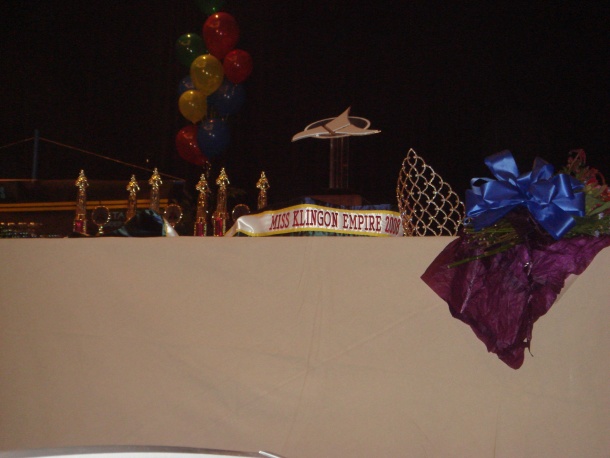 The Miss Klingon Empire Pageant. Go. They have two bars right outside and snacks. Grab a beer and some chips and head in. Enjoy! 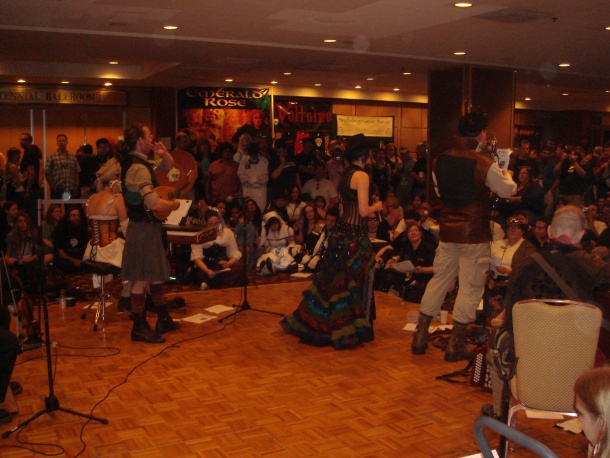 Stop and listen to the music. Abney Park, noted Steampunk band, along with many others performed on one of the main thoroughfares in the Hyatt one day. There are live musical performances throughout all four days of the con, between filking sessions. 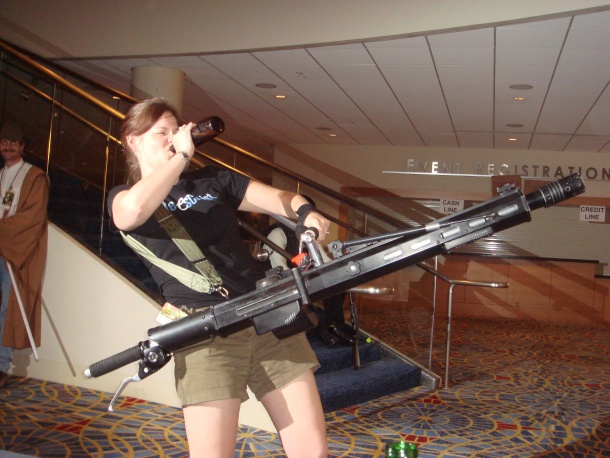