If there’s one thing you can gather from the Basic Rules, it’s that Wizards has listened to player feedback. After feeling the sting of the cataclysmic release of 4e, an edition that fragmented the D&D fanbase like nothing before it and gave rise to Pathfinder, the first real competition D&D has ever had, Wizards has made a real effort to give the players what they want.

While the Basic Rules don’t provide enough material to play the game – there are no monsters or adventures in here – they do give players enough information to familiarize themselves with the ruleset in order to be ready to go at launch. But more importantly, they serve as a peace offering to the players Wizards spurned with 4e, a way for those players to evaluate whether 5e is worth a try without having to invest in the product.

I played both 3.5e and 4e extensively and appreciated both for what they were and what they brought to the table. 5e feels much more like the natural evolution of 3.5e, working off a strong 3.5 base while bringing in some of 4e’s better elements, and taking both editions a step further – or, perhaps, backward toward the roots of D&D: roleplaying.

Decriers of 4e often aruged, “There’s no roleplaying in 4e!” I disliked this argument and strongly opposed it at first. No roleplaying? There’s as much roleplaying in a roleplaying game as you want there to be. Just because the vast majority of 4e’s rules governed combat doesn’t mean that the game somehow prevented you from roleplaying as much as you did in 3.5e.

But it’s upon reading through the Basic Rules that I finally get it. I finally get why so many people said there was no roleplaying in 4e – because there’s so much of it in 5e. 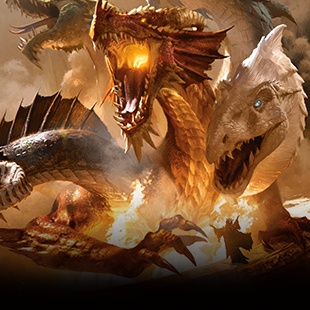 Open any 4e rulebook page and you’re likely to be reading a passage describing a rule at least tangentially related to combat. The combat system is deep – much deeper than 5e’s – and there was a need to focus so many pages on explaining how that combat works. But D&D was never a wargame – it was the evolution of wargaming into a new genre, the roleplaying game. Tactical combat maneuvers aren’t what captured our imaginations as children – it was the fantasy of playing a hero on an epic adventure. 5e puts the focus back on the magic of that experience.

The Basic Rules break the game down into the “three pillars of adventure:” Exploration, Social Interaction, and Combat. Where the brunt of 4e’s focus was on combat, 5e shines greater spotlight on exploration and social interaction.

When describing the ability scores, the rules highlight how low and high scores in every ability may be made manifest through roleplaying. The chapter on races emphasizes how important your character’s race is to her story, and a good 75% of a race entry is focused on flavor, not mechanics. Even humans, who had the dullest of entries in all previous editions, have been made exciting, with nine ethnic subdivisions according to the Forgotten Realms setting. In the class descriptions, flavor comes first and foremost, with poignant questions posed to get players thinking deeply about who their character is, and explanations about how the different classes might see the world. A section on roleplaying advice offers insightful tips on different approaches to portraying your character; it even encourages players to pay attention to the DM’s roleplaying in order to better understand an NPC’s personality and use that knowledge to their advantage.

There are even mechanics now built-in to encourage consistent roleplaying. Character creation has you pick out two personality traits, a flaw, a bond (such as to a village) and an ideal (such as honor), then reward you when you play up these characteristics in a compelling way by allowing the Dungeon Master to grant you a bonus on a roll. Backgrounds, which existed in previous editions as variant rules, are now a part of the core experience; players must choose a background upon character creation, which grants both mechanical and roleplay bonuses, such as having a contact in the criminal underworld.

A new set of “expenses” rules eliminates the tedium of tracking mundane upkeep costs such as food and lodging while adding roleplay flavor by having you select from different levels of lifestyle, each with an associated daily living expense and boons. For instance, living like an aristocrat may be expensive, but you’ll make connections among the social elite. New rules govern downtime activities between adventures, including crafting, practicing a profession to cut down on lifestyle expense costs, researching, and even training – which, for a steep time investment and cost, allows you to learn a new language or gain proficiency with a new tool. This is the first time I’ve seen a mechanic built into the core rules that allows you to train your character without needing to gain XP. 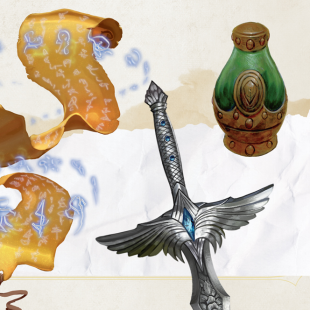 In terms of pure game mechanics, 5e retains most 3.5 elements. Vancian spellcasting is back (yech… I hate keeping track of prepared spells and spell slots, but I realize I’m in the minority). Cleric Domains are back – and, in fact, every class gets some comparable decision to make at early levels, such as a fighter’s “fighting style,” which includes such options as dueling or archery, or a wizard’s ability to specialize in a school of magic (something I sorrowfully missed from 4e). 3.5 multiclassing is back, though the rules that govern it are not in the basic rules. The ability to attack multiple times per turn as you level up returns, but only for fighters. Critical hits have you rolling extra dice again, rather than just maximizing damage as in 4e. Familiar spells return, but the influence of 4e powers can be seen in them – and this influence enhances the spell mechanics.

If there’s one thing 4e did well, it’s mechanics, and a few of them see a return in some form in 5e. The Cleric’s Channel Divinity is back, as are short and long rests, and ritual casting. Second Wind and Action Points return as Fighter abilities, which, when combined with the other options at the Fighter’s disposal, make 5e Fighters far more interesting than their 3.5 counterparts. The 4e skill system and grappling rules supercede 3.5’s, as does the choice to freely knock out an opponent instead of kill it without having to resort to tedious non-lethal damage rules.

5e does introduce some completely new rules, such as the Advantage and Disadvantage mechanic that have you roll two d20s and choose either the higher or lower result. Feats are handled completely differently; you can only take a feat at a given level if you choose to forgo an ability score increase, so it is possible to never pick up a feat at all. Actions in combat allow you to split up your total movement however you see fit, such as by moving 10 feet, attacking, and then moving another 20 feet, and you can freely interact with one object as part of either your move or attack action. Playing on a grid is introduced as a variant rule, further clarifying the move away from a combat-centric ruleset. A new “shove” attack action lets you either move a creature or knock it prone. And, of course, unnecessary changes have been made to the rules that govern what happens when you fall below 0 HP, as usual.

Bear in mind that these are just the Basic Rules, let alone the Starter Set – there’s much more to be seen of 5e. The Player’s Handbook is slated to release August 19, the Monster Manual on September 30, and the Dungeon Master’s Guide will round out the triad on November 18. But this glimpse into 5e shows promise for the future of this edition, and my only real criticism is that I’m not a fan of the retro-style character sheet design – while easier on the printer, it lacks the bold, black headers of the 3.5 and 4e sheets. But really, if I’m complaining about character sheets, then that’s a pretty good sign about the overall direction of 5e, which is a return to the wonderful flavor and sense of discovery that first drew so many of us into the world of D&D.