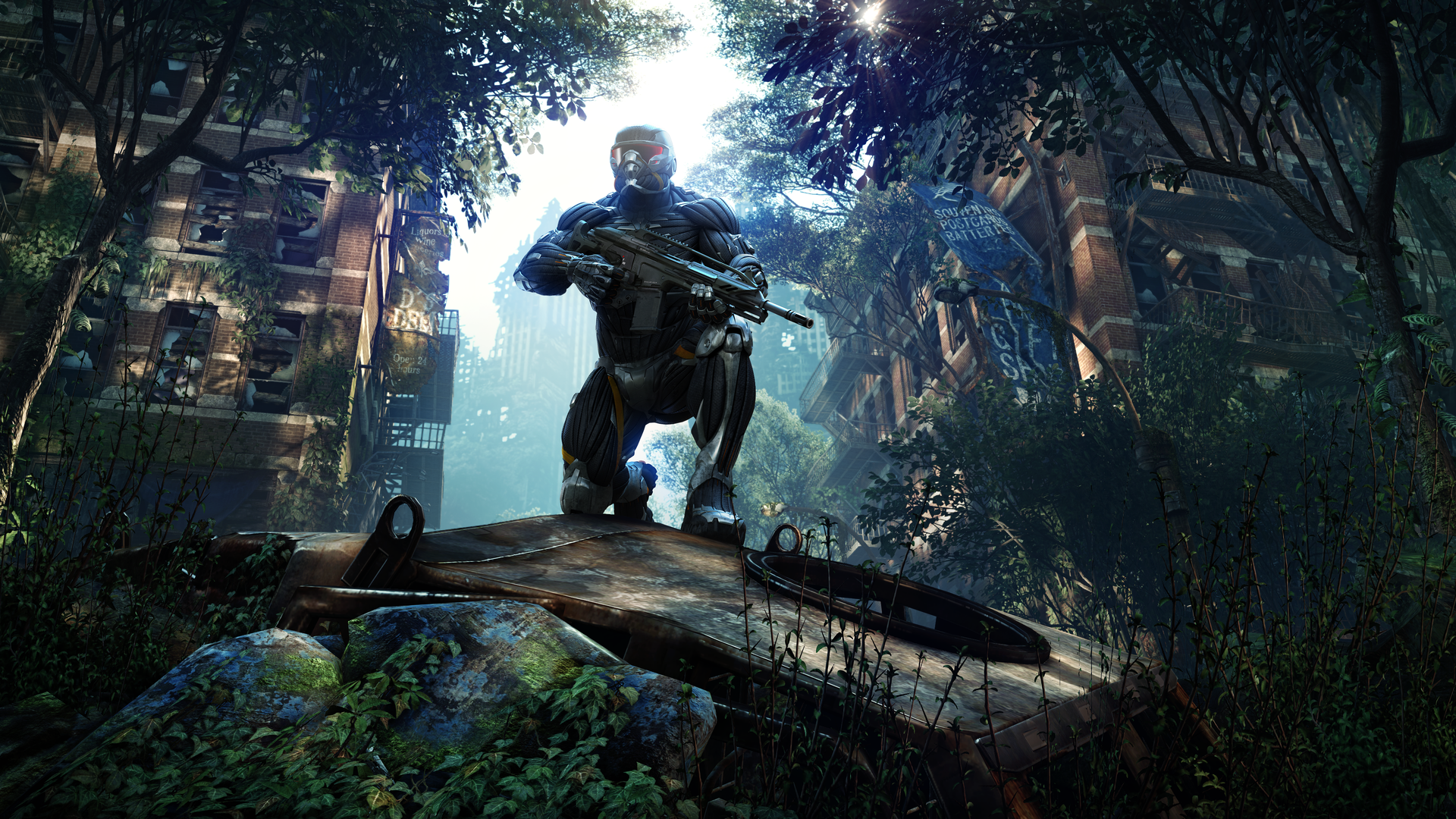 It’s clear from CEO John Riccitiello’s opening remarks that EA is trying to downplay its image as a faceless corporation. This press conference, he says, is less like the Oscars and more like Sundance. While the indie feel is probably well beyond EA’s grasp at this point there’s something to be said for the breadth of the company’s offerings at E3 this year despite the absence of a single original IP in the lineup. EA’s also offering up a much more connected experience in its overall lineup. No longer are games something you just buy and play. Now they’re full on services that allow EA to deliver more content and keep you connected to the experience long after you might have otherwise moved on.

With those two concepts firmly in mind, EA moved right on the Visceral’s Dead Space 3, a game which displays neither an indie feel or a connected experience. In fact, if the demo is any indication, it seems that the new Dead Space is more about massive action sequences than about suspense and horror. The demo showed two player co-op in the campaign where the pair fights hordes of tiny monsters, a giant rogue drill, and a monster the size of an aircraft carrier. As different as the demo was from what I’d expected, I still appreciated the bits that took place inside the monster’s stomach. Normally, when you get eaten, that’s a reload, but this time you’ve got to fight your way through some of the most terrifying peristalsis I’ve ever seen in a game.

Madden NFL 13 is up next, with EA’s Cam Weber and Cowboy’s player and Hall of Famer Michael Irvin. Irvin seemed incredibly poised and charismatic, probably because he wasn’t being forced to pretend to play a game like poor Joe Montana at Microsoft’s showing of the same game. This time around, Irvin was there to offer his thoughts on the game’s career mode, where players can join together in leagues and use XP earned during the game to improve their performance and start their journey to the distinguished Hall of Fame.

After the terrible SimCity Societies, I’d almost written off the entire franchise. Fortunately, Maxis’s studio head Lucy Bradshaw showed off a new version of SimCity that looks to be faithful to the original game’s vision. I’ve already previewed the game here but what I hadn’t seen yet were the dinosaur feet stomping down the streets of the town in this particular demo. Now that a stampeding dinosaur is in, that’s really all I need to know. Bradshaw also offered up the chance for the community to name the game’s ubiquitous burger joint by texting “simcity” to 44144. Maybe it’s time for me to resurrect my family’s failed business, Butts’ Burgers. More interestingly, Bradshaw also revealed SimCity Social coming to Facebook and her joking promise that it will be “More city, less ville” has us hungry for more information.

Following in the footsteps of Call of Duty Elite and Ghost Recon Network, Battlefield 3 Premium aims to extend the popular shooter franchise for gamers who’d be willing to spend a bit more money for the sake of more gameplay options and unique vanity items. The digital membership, which is available now, offers new skins, tags, maps, camo kits, 20 new weapons, 10 new vehicles, strategy guides and four new game modes. Completionists can nab the new service for a mere $49.99 per year.

BioWare founder Ray Muzyka took the stage to walk through the coming updates to The Old Republic but the demo was really only a short trailer and a few bullet points. Rather than going in depth with what’s in store for EA’s MMO this year, Muzyka recounted the recent Legacy updates, then promised that the game would soon include the cat-like Cathar from Knights of the Old Republic as a playable race, more companions (including fan favorite assassin droid, HK-51), a new planet, and loads more high end content including PVP warzones and a new nightmare difficulty level. Given how much EA and BioWare are banking on the success of this game, I was surprised we didn’t hear more.

EA’s other shooter series was up next with Medal of Honor Warfighter. The new demo, which uses the Frostbite 2 engine, showed Tier 1 ops going global in real world hotspots. In this case, our team was making an amphibious landing in Somalia, using choppers, door breaches, UGVs and all the usual cool toys you’d expect in today’s modern military shooters. What was particularly cool, especially after seeing the scripted destruction in the Black Ops 2 demo, was seeing how much more realistically Frostbite 2 handles a similar moment. The coolest news of all, however, was the addition of ten real world special forces at the game’s multiplayer focus. Now you can go head to head as the SEALs, the SAS, or the Spetsnaz.

The conference returned to the world of sports with the announcement of more social network features and interconnectivity among the top tier EA Sports brands. From Madden NFL Social to the FIFA Club, EA’s trying to extend the life of the game not only beyond the console, but also beyond the single disc. The NBA Live game changes during the course of the season, for instance, but, despite EA’s promise that its return to hoops will be “very aggressive” this fall, the game wasn’t shown at all. Instead, we got a few glimpses of the Madden NFL Social system and the interconnected career modes in FIFA. As if to prove the realism of their upcoming soccer game, the trailer for FIFA showed players scoring something like 11 goals in under 2 minutes.

The acquisition of the Ultimate Fighting Championship franchise was the only unexpected news in the press conference and, since this is a multi-year, multi-product partnership with the fastest growing sport in the world, it’s well worth watching. Still, it was odd for such a big announcement, and for EA’s only new property, that there was no gameplay shown.

Need for Speed Most Wanted proved it’s trying to live up to its name with a hugely destructive race through a crowded city. Made by Criterion, the studio behind the recent Hot Pursuit, Most Wanted really embraces the premise of its title. Players will strive to become the most wanted fugitive by racking up all manner of automotive crimes, from crashing through mailboxes to running from (and in some cases ramming through) the police. The whole experience is tied together with an SSX-like competition for rankings, so you and your friends can race to see who has the best car, can make the longest jump, or who can t-bone the most people driving their kids to school.

Saving the best for last, Crytek CEO Cevat Yerli finally brought Crysis 3 to the stage, and announced his team’s plans to create the best sandbox shooter of 2013. The demo is certainly impressive, complete with a ruined New York City that is slowly turning into a South American rain forest. The concept of lush trees and raging rivers slowing claiming dominance over toppled skyscrapers and highways makes for very compelling game levels. It’s made even more awesome by the nanotech-powered exploits of Prophet, who takes center stage as a sort of a silent hunter in this game, sneaking and leaping his way around the levels and quietly taking out enemy aliens and soldiers with a silent but oh so versatile bow.

EA’s conference may not have helped the company claim the indie cred it seemed to be going for, but instead saw games like SimCity and The Old Republic claim space alongside the usual roster of shooter and sports sequels. We’ll have more from the show floor later this week.