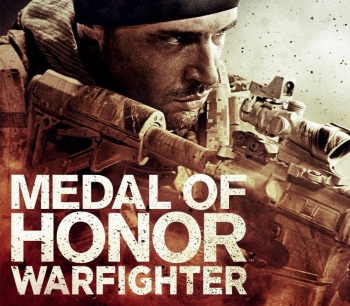 The British SAS faces off with Australia’s SASR in Danger Close’s new game.

Most militarized countries sport a so-called “tier one unit”, that elite squad of Rambos first to catch the phone call when the leadership needs someone snuffed. If you live in the U.S., you’re probably familiar with ours: the Navy Seals. The Seals, however, have multiple lesser-known international analogs that are equally kill-proficient, including Norway’s Forsvarets Spesialkommandos, Poland’s Grupa Reagowania Operacyjno-Manewrowego, and Canada’s Joint Task Force 2. Instead of focusing on a simple range of character classes to add variance to its gameplay, developer Danger Close has chosen to include twelve of these international factions in their place to set Medal of Honor: Warfighter apart from its peers as a well-made, relatively unique first-person shooter.

Hopping into the game’s multiplayer, players are first asked which country and, by extension, which set of special skills and weapons they’d like to play with. Next, they’re assigned a partner to join their “fire team,” a two-man mini-squad within the team given special privileges. For example, both players can see each other’s position on the map at any time, from any distance. In addition, experience and bonuses can be shared when both players maintain a close proximity. One member of the fire team can even help revive a fallen comrade by killing his or her killer, or simply act as a mobile spawn point mid-match.

Aside from the special mechanics, Warfighter just feels good. Many small things easily forgotten, such as life to damage ratios, weapon kickbacks, and movement speed have all been dialed in for a balanced, genuinely fun shooter experience. Partnering those solid mechanics with a relatively interesting framework, Warfighter has an honest chance of joining current kings, Call of Duty and Battlefield as a viable, war-themed hour-sucker. If, that is, people are willing to put down the reigning champs to give it a shot.