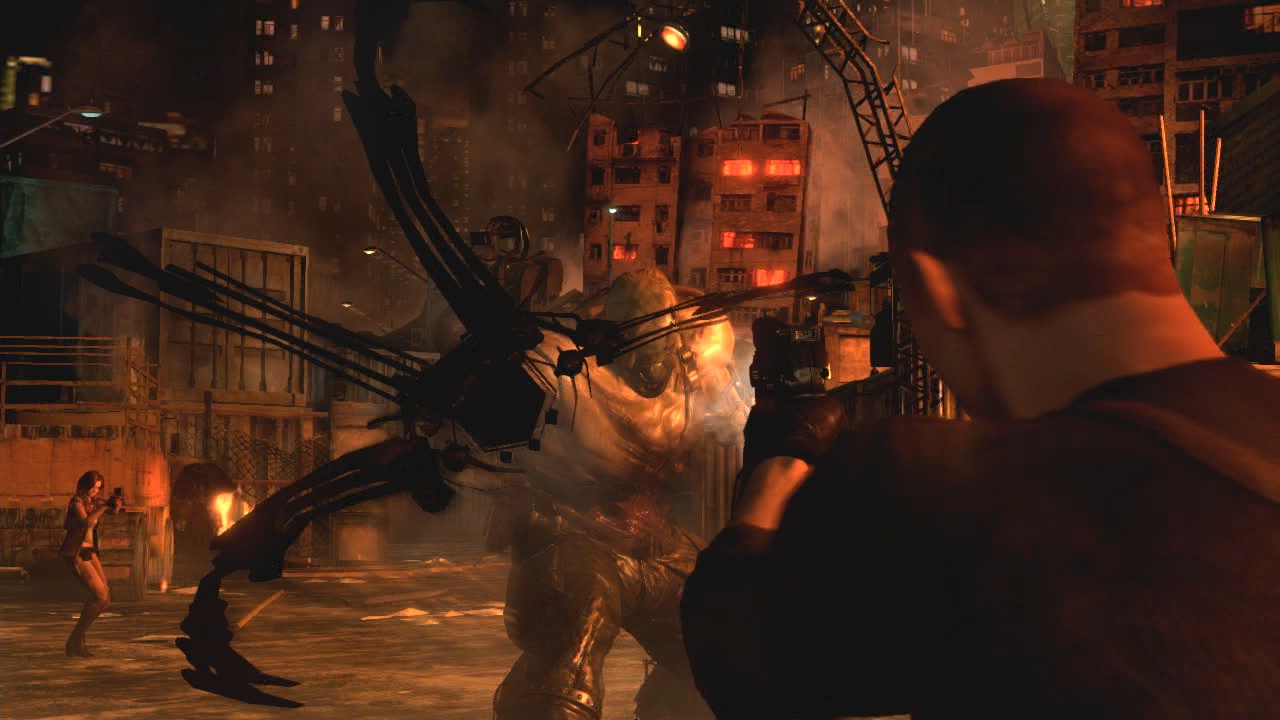 Resident Evil has been a long-evolving franchise. Regardless of whether you believe those changes beneficial or unfavorable, you have to admit that the series has progressed far past its humble PS1 roots. Since then, the fanbase has split into three categories: those who desire the old, spooky, survival-based experience, those who prefer the action oriented run-and-gun combat, and those who wish the games could strike a fair balance. For better or worse, Capcom has listened and responded by breaking its newest game, Resident Evil 6 into the same three slices of pie, providing three canonically mandatory campaigns styled after a different play-style dream.

At the start of the game, you’ll choose one of three characters to play: Leon Kennedy, Chris Redfield, or Jake Muller. Leon represents the “old-school” camp, with what’s supposed to be solid horror pacing complete with lots of scares. Chris is the opposite: run, shoot, run, shoot. Jake is meant to strike a balance between the two.

For my demo, I started with Chris. After being confronted at a bar in a scene extremely reminiscent of Kirk’s recruitment in the recent Star Trek movie, I was handed a gun and pointed at the villains. The villains in this case were clown-masked gunmen (I waited the whole demo for the Joker to appear leading the troops–no dice). It wasn’t long before I was dashing across the rooftops, blasting away at a large number of obvious enemies. The over-the-shoulder aiming certainly worked, but wasn’t really designed for this sort of frantic combat. The fight felt like standard bland 3rd person gunplay, but with a sluggish reticule and a awkward weapon swap system. Moving about the levels felt out of place as well; every single action other than “walk forward on flat ground” required a third party: the X button. Want to climb a ladder? Press X! Want to hop up a curb? Press X! Want to step down a four-inch change in elevation? X! There were no scares and, I’m fairly certain, no attempts at scares. The whole thing felt like a average shooter with cumbersome mechanics designed for a different genre. 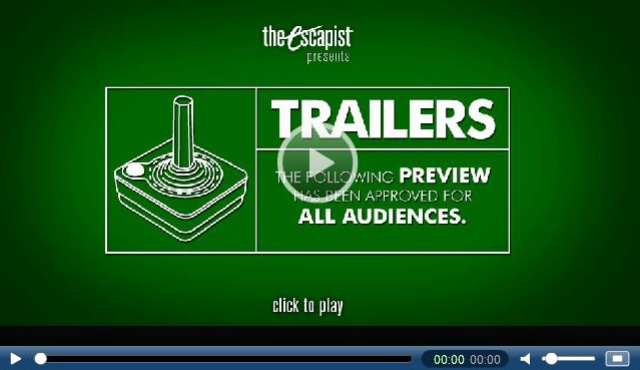 Next, I fired up good ol’ Leon for a promised change of pace. That’s a fantastic description of what happened. The pace when from action without break, to the creeping Mr. Kennedy, convinced that the only way to travel effectively is at snail’s pace. The was, perhaps, attempting to make things tense by making me feel like the bottom of Leon’s shoes were covered in wet tar, but it did little more than spark an absolute feeling of impatience. I was able to slowly walk down some stairs, through a winding, empty banquet hall, and into an empty kitchen within 15 minutes. Nothing happened the entire time. I’m sure that he does actually fight zombies at some point, but I never got to it in the time I had available.

Though this feature wasn’t on display during my hands-on demo, I was told about a really interesting mechanic in store for RE:6, a fluid, optional series of coop segments sewn straight into the game. So, three characters to choose from means three stories, and since they aren’t all simply playing the same set of missions, those stories tend to overlap here and there. When they do, the play is given the option of suddenly opening his or her game to others in the same scenario, creating an instant, and temporary coop for those sections of the game. A lot hangs on the mechanic’s execution, however, the idea of allowing real human intelligence to swap in for AI during certain parts of the game sounds like neat premise.

It’s extremely possible that I just didn’t see the right bits of this game, however, I can only preview what exactly was seen. Neither Leon nor Chris felt like Resident Evil only a compromise designed to cater to all types of fans, while, at least currently, failing to achieve the goals of either group.