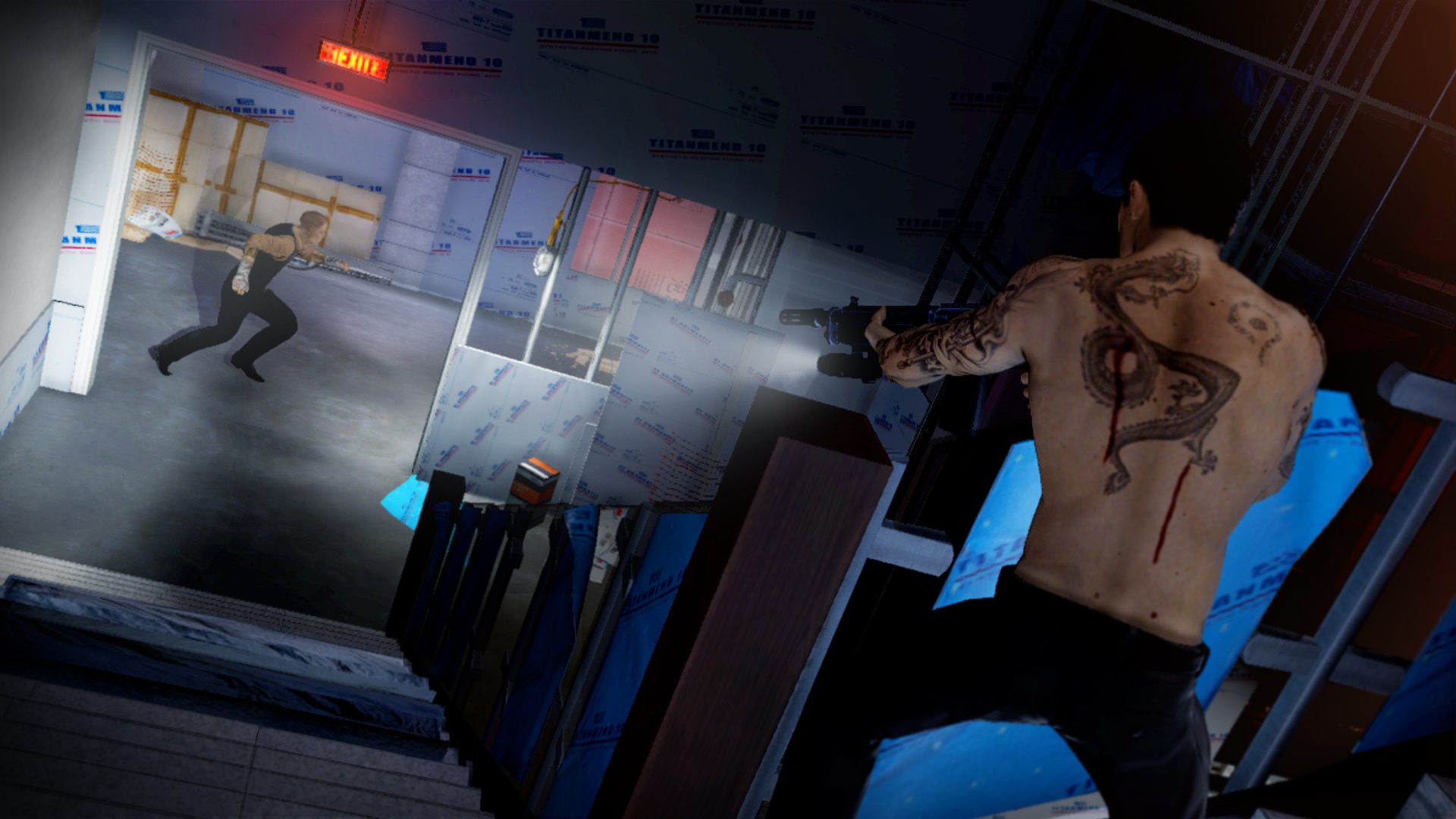 If you’re bored when you’re shoving some guy’s face into fan blades, something, somewhere, has gone seriously wrong. In Sleeping Dogs, which began life as True Crime: Hong Kong, you play as an undercover cop integrating himself into the Triad in an attempt to destroy various criminal factions. In the demo I played, your drug lord boss is peeved with a guy name Ming; thugs being what they are, you’re sent to teach Ming a lesson, preferably one that ends with a great deal of his blood puddling on the floor.

Ming legs it once he finds out you’re on to him, and you must race through the crowded streets to catch him. I’m not sure if the thumbstick on my demo kiosk was just particularly janky or what, but the control was so sloppy that it was tough to run in anything resembling a straight line and I veered drunkenly from one bystander after another, pissing off half of Hong Kong in the process. Tapping A repeatedly lets you freerun over gates and walls and such, but Ming will patiently wait up for you if you fall too far behind.

Ming eventually found some of his cronies, who gathered around me in true martial arts movie fashion, waiting their turn to attack. The fighting in Sleeping Dogs is simple enough: X to attack, B to grapple, Y to counter. Spamming attacks loses its appeal quickly, but the counters are smooth and fluid and consistently enjoyable. Grabbing some guy’s ankle as he attempts to kick you in the head is great, but punching him in the nards immediately afterwards adds just that little bit extra.

You can also use the environment to your advantage, which brings us back to those fan blades. After you grab an opponent, different usable areas in your vicinity will glow red to let you know that you can use them to perform an environmental attack. Bring your unlucky opponent over to them and hit B and you’ll be treated to a particularly brutal assault animation. I slammed one guy through a vent cover, another one into a wall, and a third one got that very close shave from the whirring fan.

The combat controls worked well, and the animations and flow were fine, but it all felt really repetitious and pointless. The game is open world, with deep combat options and a variety of gameplay elements like driving and shooting, but none of that came through in the demo. The cop drama storyline certainly sounds like it could provide for some meaty characterization, but the criminals featured in the cut scene are charismaless cardboard villains, indistinguishable from countless stereotypes in crime movies. There’s supposedly a lot more to Sleeping Dogs than just mindlessly spamming the X button until the ground is littered with bad guys, and I wish I’d been able to see it.

Sleeping Dogs is due out August 14 for Xbox 360 and PlayStation 3.