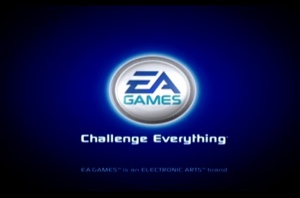 Every good story needs a villain, and while the PR department at Electronic Arts would bristle at the idea of being portrayed as the antagonist in some haphazard metaphor of the videogame industry, you can’t be the big-dog without turning a few dirty tricks. The gaming landscape is too often described as one that would better if EA hadn’t bought up half the acreage and filled it with disposable townhouses. But is the king of the hill ready to be toppled?

In 2006, Electronic Arts generated nearly $3 billion in revenue, accounting for roughly one-third of the entire gaming industry. With that in mind, a world without EA isn’t easy to fathom. But 2007 has been less stellar for the company, with Activision exceeding EA’s revenue for the first half of the year on the back of Guitar Hero and movie tie-ins. This draws a comparison to General Motors, which also this year fell from its long perch as a defining industry leader.

And EA has an uncanny ability to subvert even the strongest competing franchises. The buzz on Rock Band is it’s a Guitar Hero 3 killer. EA’s ability to strangle competition has earned the company no shortage of ire, most famously illustrated when it secured exclusive rights to the NFL teams and logos, effectively pushing 2K out of the market. But a little negative press among the hardcore gaming base doesn’t change the fact EA now enjoys a monopoly making games based on the most popular sport in America.

And EA seems content in the mindset. Commenting on the release of All Pro Football 2K8, new EA CEO John Riccitiello said EA intended to ensure the 2K game was merely a blip and not repeatable. That strategy doesn’t win friends, but it sure influences the bottom line.

EA has been the dominant force in gaming for more than a decade and made a concerted effort to develop new consumers rather than catering to the gaming base. The company built on Ultima, Wing Commander, Populous andSim City seemed to change its long term goals in the early ’90s by refocusing efforts into sports, racing and action gaming and developing consistent franchises to routinely exploit. The company continued to produce a wide variety of products, but its attention definitely shifted toward the mainstream. With the release of The Sims, EA published what it might have seen as the perfect product, popular well beyond the bounds of traditional gamers and a franchise to be exploited with endless add-on products.

While EA would still have been a formidable opponent in the industry without the Madden or The Sims franchises, these are in many ways the properties that launched videogaming as a national phenomenon rather than a niche market. Consoles lived and died on EA’s support, and the publisher aggressively developed celebrity endorsements and high-profile visibility for its products.

We might be quick to forget it was only a half-dozen years ago when the idea of popular culture mixing with gaming was a special kind of nonsense. It was Electronic Arts’ efforts at leveraging high-profit properties into pop culture that drove an environment where other publishers and developers could succeed.

But The Sims has finally begun to diminish, as have some of the giant’s other franchises, and the company is vulnerable. The power of franchise is unquestionable, but it can be diminished with just a handful of sub-par iterations. The latest flagship project, Spore, has been mired in delays, and even though there are promising games like Crysis on the horizon, EA’s holiday lineup isn’t stellar.

To compound matters, analysts haven’t been particularly forgiving of EA’s past few years, describing the company brand even as tarnished by increasingly negative reviews on its premier products. The expectation is that EA is in an unfortunate position to be overtaken by competitors, which Activision would probably describe not as a prediction but a current event.

But, analysts, both professional and armchair, have predicted EA’s coming doom too many times to count, and the idea the company will just go quietly into that good night is ridiculous. The company has the financial power to weather the occasional slump and the historical tenacity to casually hoist itself by its own petard. EA sees itself as the dominant force in gaming, not just from a sales perspective but also in establishing its games as social phenomena. The gaming industry would not be nearly so mature were it not for the company’s vigor to push gamers where they might not have otherwise chosen to go, and when the EA finally is forced to cede its market domination, it will not be with a whimper.

It will be with a bang.

Zombies and the White Man’s Burden