I make it a rule these days not to review games that are still on early access. It’s not fair to criticise something that the creator(s) themselves haven’t yet declared themselves to be done fiddling with. This lamentable age of continual updating and content patches is a difficult environment for the game critic, since games increasingly occupy a fluid state and may with the march of time become significantly different to the game discussed in an early review. There needs to be a rule that at some point you have to draw a line under a creation and move on. In which case, I can appreciate early access games for at least clearly stating that they’re unfinished. 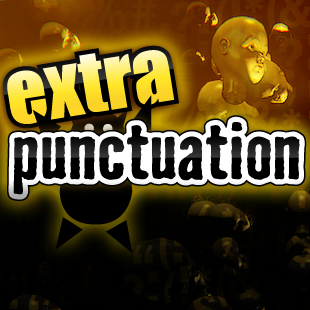 That said, I do believe that some games are more suited to early access than others, because some games require more testing, and organising an official, closed beta (especially for solo developers like me) can be a right arse. For example, if you’re making a game with very finely balanced gameplay, where the slightest tweaking of physics or controls could drastically affect the mechanics, then a large, open, early access beta puts you in a good position to get instant feedback for every little change you make. If you’re making a multiplayer game, it’s a good environment for finding and closing the little exploits that a minority of canny obsessives can use to render the game not fun for everyone else.

And let’s not forget that if you’re making a roguelike or procedural game, you never know if there’s going to be some crash or problem caused by specific random results that only occur when the stars align, and early access might be your best chance of turning those up. Believe me, I’ve been there. On a completely unrelated note, my game The Consuming Shadow is still available on Steam, kids.

These are scenarios in which early access is appropriate. Notice that they are all related to fixing the cold mechanical functioning of a game before declaring it ready for prime time. A situation that I would argue is NOT appropriate for early access, on the other hand, is when you’re making a linear, story-driven experience like Layers of Fear.

Because what you’re doing there, I feel, is giving unsuspecting users the chance to completely spoil your game for themselves before it’s in an ideal state. It’s like reading a comic book while it’s still in the rough pencils stage. Sure, you’ll get the gist of the story but the first impressions of the art are wasted, and all impact is lost. Maybe there’ll be a major twist that will sail over your head because you didn’t realise that a particular scratchy mess of linework was supposed to be Wonder Woman.

It’s a particularly bad idea to early access a horror or comedy story.

My point is, if you’re making a controlled, story-based experience, you should want it to make as big a splash with its first impressions as possible, with all its surprises and twists unspoiled – that’s why the culture of internet hype and leaking details is making high-profile entertainment media increasingly joyless. Obviously you need to get a bit of feedback during production, the author would be very ill-advised to assume it to be perfect and jealously guard it for the sake of keeping it unspoiled for as many people as possible, but there are more reasonable alternatives than making it commercially available to the entire world before it’s finished.

With something like Layers of Fear, when the player’s just walking down corridor after corridor, with pre-scripted events cracking off as they hit invisible checkpoints, there are very few errant factors in play. The player can walk around and open doors and that’s about it. There’s no need to worry about gameplay balance or exploits. The dev team by themselves could probably ascertain that it’s technically functional by running through it a few times.

Because if it’s not the function but the emotional storytelling that the early access is attempting to test, then that is something that feels wrong on a very fundamental level. That feels like the highway to making your creation feel designed-by-committee and sanded down for maximum broad appeal, which lo and behold, is exactly what feels like happened to Layers of Fear, with its cliched Disney Haunted Mansion look, predictable plot points, endless cheap jump scares and meaningless creepy imagery. 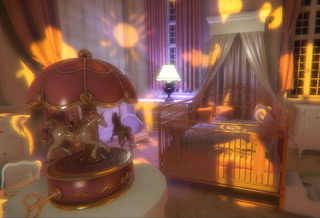 It’s a particularly bad idea to early access a horror or comedy story, since these genres absolutely hinge on impactful moments of surprise and whose effectiveness are all but totally diminished after the first impression. Because I’m picturing a dev putting their horror/comedy on early access and asking “Hey, did this scare / joke work?” Whereupon a number of commenters report that it didn’t, particularly. So the dev goes back and tweaks it a bit, then updates the build and asks again, “NOW does it work?” See, whatever answer they get isn’t going to be in the least bit helpful. A joke or scare is like a bullet. If it didn’t hit on the first go, you can’t scrape up the shell casing, burnt powder and fragments of slug, push them back into the barrel of the gun and try again.

Function is one thing but I feel that when you’re dealing with emotional story, you are more in the world of a single artistic vision, and getting large-scale feedback on it every step of the way automatically compromises that vision. If you ask me, there’s no testing like focus testing. That’s where you’re in the same room as the person playing, observing and taking notes and not saying anything or helping them in any way, as they are encouraged to think aloud. There’s a limit to what you can learn from feedback written down after the fact, in comparison to instant feedback you can see first-hand with your own eyes.

There’s no way early access testing can provide that service. Not without a camera in every home and some kind of global surveillance network. I mean, it’s unrealistic right now. Give it a few years and I’m sure the FBI will have the groundwork in place.