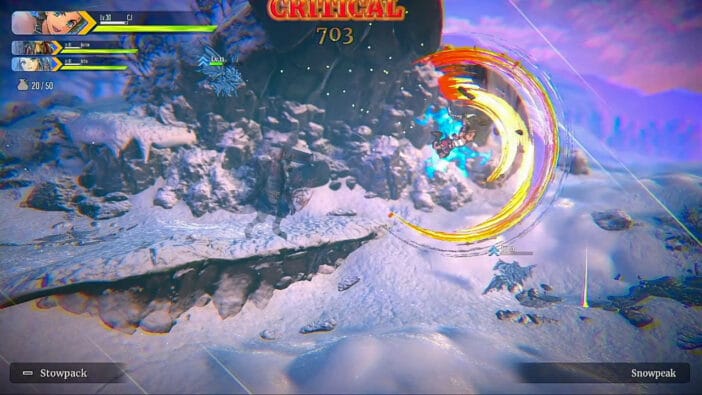 My preview of Eiyuden Chronicle: Rising left me with a few thoughts. One: It’s a pretty decent action RPG spinoff / prequel for the upcoming Eiyuden Chronicle: Hundred Heroes. Two: The visuals are great and remind me of the aesthetic used in Dragon’s Crown and Odin Sphere. And three: There are a lot of quests to fulfill. While the demo at PAX East 2022 is in no way indicative of the game as a whole, there was almost too much of a focus on fetch quests and backtracking. 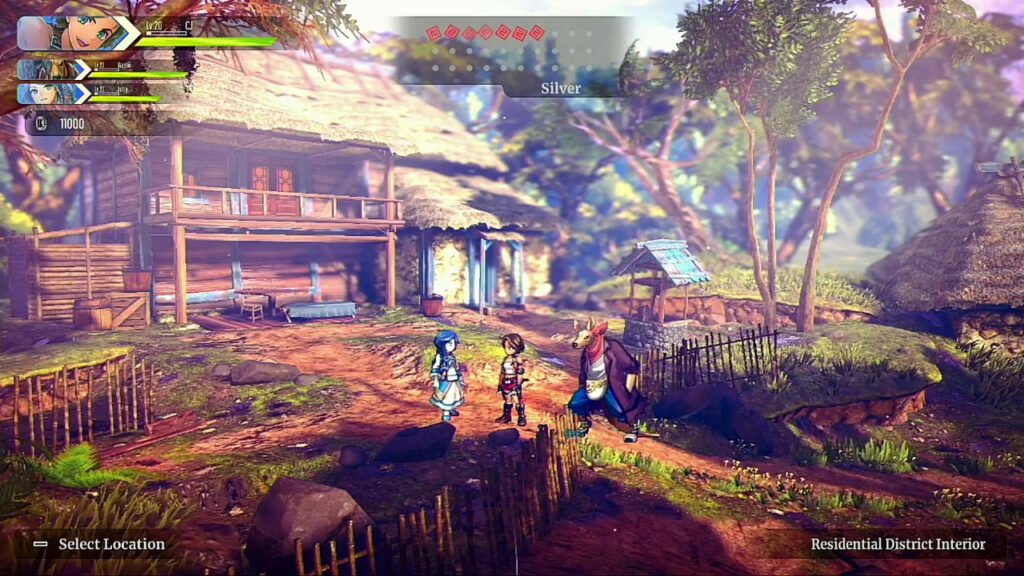 A Call to Help in Eiyuden Chronicle: Rising

The gameplay section of Eiyuden Chronicle: Rising cast me as CJ, a treasure hunter that is keeping her real name secret. After saving a lizard named Hogan from baddies, CJ enters the town of New Nevaeh with her companion. Afterward, you meet the young mayor of the area, Isha. She’ll grant you an Explorer’s License so you can hunt for treasure — for a fee, of course. Since the price is quite high, you decide on an alternate suggestion: fill up a card with stamps by helping out the denizens of the town. This is where the crux of the gameplay presents itself.

Helping out the citizens was a mixed bag. The tasks were different enough: go into The Great Forest dungeon to find a lost cat, gather resources at The Great Forest to help build up the town, and fight a giant tree monster in The Great Forest. The issue was that The Great Forest was the main area of focus during the demo. You basically explore it a little each time, unlocking more as you do different tasks. However, it didn’t make for an exciting time, running through the same areas over and over again just to get to the later bits. At least you can unlock checkpoints and fast travel to them a little later. 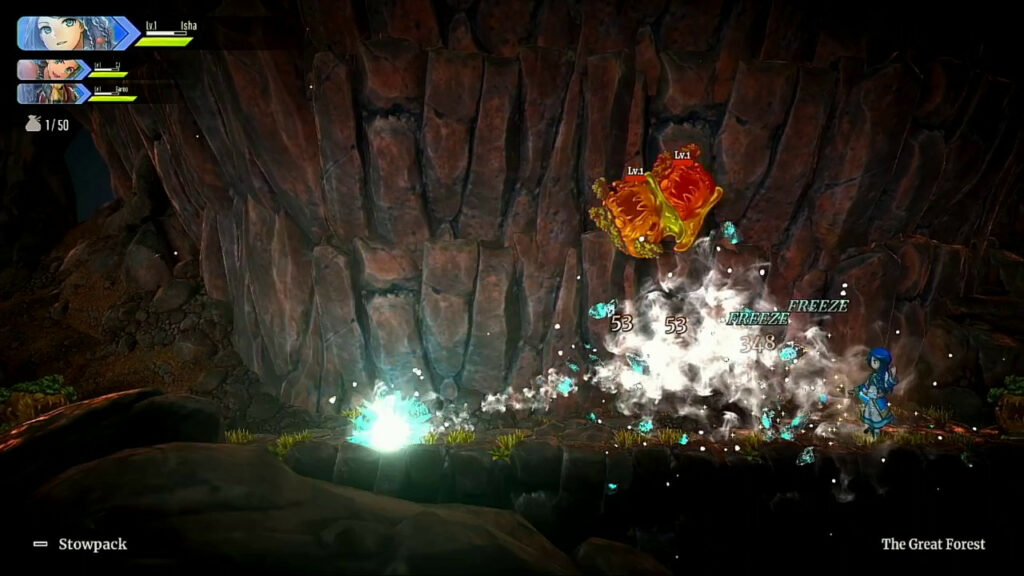 The battles in Eiyuden Chronicle: Rising fared a little better than exploring in preview, though controlling just one party member did not show off the extent of it all. CJ could hack enemies with a pickaxe, jump, and quickstep behind them (perfect for defense). Combat was a little monotonous, but the damage numbers and level-up jingles made me feel a sense of progression at least. Enemies always had a tell for when they’d attack, too, so dodging felt fair and natural. The one boss I battled also had some tricky attacks to dodge and precise moments to strike. It was fun.

Visually, Eiyuden Chronicle: Rising looks quite pretty. It’s like a storybook come to life. The music is a little grating, though; be prepared to hear the same theme every time you converse with an NPC. The actual demo was quite long and continued going well after my allotted time. By the end of my appointment, I was on the cusp of exploring a new area and potentially gaining some extra party members. Sadly, it takes so long to get to that point.

Eiyuden Chronicle: Rising seems like it will be a fun adventure as a whole, but the PAX East 2022 demo fell short by starting you off at the beginning of the title. I think if the demo had begun later on with more abilities and party members, with more locations to visit, it would have been much better. Building up the town and helping every single resident out could be rewarding; it’s just that the opening areas have a lot of busywork to get through to get to that point. It’s definitely an RPG that can be better enjoyed in the comfort of your home.