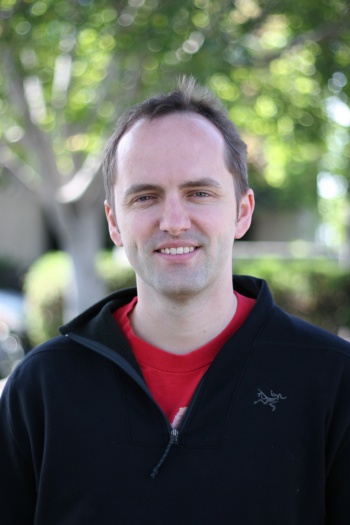 EverQuest Lead Designer Ryan Barker sits down with WarCry Editor John Funk to reflect on how the game – and the MMO space – have evolved over the ten years since the groundbreaking MMO first hit shelves.

WarCry: Can you please introduce yourself? How long have you been on the EQ team, and in what capacity? Where did you first start?

Ryan Barker: My name is Ryan Barker and I’m currently the Lead Designer. I’ve been on the team since 2001. I started as an apprentice, was later hired on full time and eventually worked my way into the lead roll a little over a year and a half ago.

WC: What was your very first EQ character? What character do you spend the most time with these days?

Ryan: My first character was a bard that I created during beta 4, and then recreated him after launch. I still spend the most time on this same character.

WC: Ten years is a very long time! What do you think are the most significant changes that have been made to EQ since its launch a decade ago?

Ryan: Looking back the biggest shift came with the addition of the Lost Dungeons of Norrath expansion that introduced instance zones to the game. Now days it’s standard for an MMO to have this system, but at the time it was very rare. It completely changed the way we do content from then on. Having a dynamic system that adapted itself to the number of players that were interested in doing the content was the biggest shift I’ve seen during my time here.

WC: What’s your favorite expansion, and why?

Ryan: Well Planes of Power was the first expansion that I really felt a level of ownership for, so that one really stands out. It’s sort of a tossup between PoP and Depths of Darkhallow. Many of the themes in Depths of Darkhallow were adapted from D&D campaigns that I’d been playing with some of my friends, so it definitely had a lot of personal appeal for me.

WC: Is there any individual system or addition you made to the game that you’re particularly proud of? Something you point at and go, “This was my brainchild, and this was totally awesome”?

Ryan: It’s really unfair for me to say that I should get that kind of credit for anything we did in game. Everything we do is a team effort that we come up with as a group. There’s been some things that originally started with an idea I had, but it grew to something so much more as the rest of the team contributed great ideas to go along with it.

If I had to pick something I’d go with the monster mission system. I think we did some really cool things with it, and I’d like to continue to get creative with that system in the future.

WC: How do you think the MMOG market has changed since EQ first exploded the genre’s popularity? How has the game evolved with it?

Ryan: The market is much more casual player friendly then it was when EQ was first launched. Things like corpse loss, massive week long rare spawns and such aren’t tolerated in the new order of MMO design. I look back at those things with slightly rose colored classes in that they’re great things to get together and talk about with your buddies, but it’s always more or less “oh man, remember how much that sucked!” I think it’s good that we’ve moved beyond that. We’ve definitely made efforts to make the game more appealing to a broader range of play styles. But we’ve also made it a point to continue to cater a portion of our content to the higher end players that really enjoy a difficult challenge at the same time.

WC: What are some of the things you’ve learned from the successes and failures of other games in that time period: WoW, EVE, Warhammer, Tabula Rasa, etc?

Ryan: Way too many to list here! The industry as a whole really borrows from itself a lot which is great for innovation. We all notice things in other games we play, and I don’t just mean MMOs. Sometimes there’s a bit of something in a puzzle game, adventure game, or even an FPS that will trigger an idea that we’ll end up adding to EQ.

WC: Do you think it’s more important to provide a well-scripted developer-run game (i.e. WoW) or to provide the tools for players to tell their own stories with comparatively little guidance (a la EVE)?

Ryan: I think both avenues are great for attracting different types of players. Each can be a powerful tool for entertaining people with our games.

WC: How do you think the conflicting models of subscriptions vs microtransactions will play out in the future?

Ryan: Much like the previous question I think that they appeal to different types of players and that there is room in the market for both types of games. I wouldn’t hazard a guess as to which might become more prominent.

WC: You get a time machine, and a chance to go back in time to give the EQ developers one single piece of advice before launch – something to add, something to leave out, something to do differently. What do you tell them?