Xbox Wants You to Rent, Not Buy 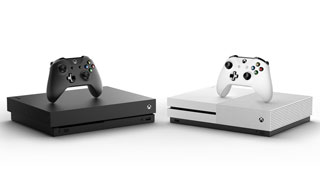 Microsoft is trying to buy loyalty from gamers by offering a pair of Xbox All Access packages that they’ll spend two years paying for.

Members get an Xbox One S console and 24-month subscription to the Xbox Game Pass and Xbox Live Gold for $21.99 a month, or the same subscriptions with an Xbox One X for $34.99 monthly. They also have to sign up for a Dell Preferred Account line of credit, meaning that Dell is effectively paying everything in full upfront and then you’re paying it back interest free over the next two years. Members are also welcome to make larger payments or buy everything upfront. You have to walk into a Microsoft store to make the purchase, which has the added effect of familiarizing you with the company’s closest physical location and encouraging some impulse buys to go with your new console. The deal is available to U.S. residents through the end of 2018.

Xbox Live Gold and Xbox Game Pass each cost $9.99 a month and the 1TB consoles themselves cost $299 or $499, respectively. Doing the math, that means you’d save about $11 over the course of the program for the One S and $100 on the One X. It also lets you get that shiny new console now if you don’t have the cash-on-hand to pay for it and don’t want to rack up credit card debt. The flipside is that it locks you into the gaming subscriptions like a gym membership – if you realize later that you’re not getting the value you wanted, you’re stuck. That’s also true if your system breaks down after the standard 90-day limited warranty expires.

Already have an Xbox? Microsoft is separately trying to encourage signups for the Xbox Game Pass and Xbox Live Gold through the end of August by offering one month for $2 with a second month free. It’s yet another way the company is trying to lure players into its network and hoping they’ll stay for a while. Perhaps longer than it takes to play a single exclusive.

Switch Gets Crowded with “Nindies”

Nintendo Switch is already an indie game paradise with over 1,300 games available in its digital storefront. The summer Nindies Showcase, a special video that aired on Tuesday, further cemented this reputation by announcing a veritable greatest hits collection of the indie game world.

Nintendo announced more than a dozen titles during the showcase, including Samurai Gunn 2, a sequel to another game with a reputation as indie royalty. The overall theme was clear: Nintendo is building a definitive independent games library.

Two things spring to mind following Nintendo’s showcase. The first is that it’s strange to see the company put so much promotional support into legacy titles from other developers when its own library is so poorly represented on the platform. Switch is the first Nintendo console in 12 years to not support vintage games within its first year on shelves. (The growing selection of Wii U games hardly counts since they’re both still new and most people never had a chance to play them in the first place. Nintendo has already sold nearly 20 million Switches, about 6 million more consoles than Wii U.) Maybe it’s because the company’s satisfied with the sales of its line of Classic consoles. Maybe it’s sitting on a more robust rollout to accompany its new online service. Regardless, Nintendo is letting its own decade-old titles molder on defunct hardware while it’s pushing classic indies.

The Summer Nindies Showcase also emphasizes how crowded the Switch storefront is becoming, making indies rely on Nintendo’s promotion to find success. Hollow Knight sold 250,000 copies on Switch within two weeks of its announcement, but that news also came smack in the middle of Nintendo’s E3 Direct video presentation. Developers like Robert Boyd of Zeboyd Games, whose critically well-received RPG Cosmic Star Heroine also recently released on Switch, has been vocal about his dissatisfaction with Nintendo.

“We got an okay number of reviews, but yeah, we couldn’t get Nintendo to mention the game anywhere,” Boyd explained on ResetEra. “Real shame since even a retweet from Nintendo probably would have given us a big boost in visibility.

“I get that it was just a port, but after spending months getting stonewalled by Nintendo when we were trying to get permission to release on Switch, going ‘fine, we’ll play by your rules’ and getting a publisher so we could get approved, and still getting ignored by Nintendo when the game was done and set to release is highly frustrating.”

It may be difficult for Switch to stay a definitive indie machine if Nintendo can’t give developers the support they need to actually thrive in a storefront becoming as crowded as Steam, PSN, and other former indie fortresses.