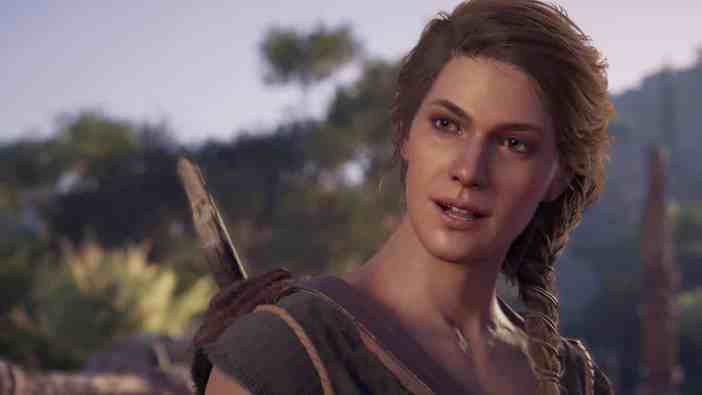 It’s Tuesday, and while there weren’t any major game releases today, we did get a handful of news stories to dive into. For instance, PlayStation 5 demo units might be showing up at retailers in the U.K., Kassandra was almost Assassin’s Creed Odyssey‘s one and only lead, more Splatoon 2 Splatfests are incoming, and more. Here’s the video game news you might’ve missed on July 21, 2020.

It looks like you’ll be able to get your hands on the PlayStation 5 before you buy it — at least in the U.K. A tweet from Iron Core points to U.K. retailers getting PS5 demo units to give consumers a chance to try the system and its new DualSense controller.

Based on the image attached to the tweet, some think one of the stores getting PS5 kiosks is Curry’s PC World, which is similar to Best Buy in the United States. It’s unclear if other stores will be getting demo units like this one and to what capacity the kiosks will appear. With health concerns being at an all-time high right now, cleanliness will need to be taken into consideration when dealing with a public demo unit like this one.

retail stores in the UK are getting #PS5 themed kiosk/area. pic.twitter.com/NzxFa8nXf8

As part of a recent Bloomberg report that dives into the horrible alleged sexism and sexual misconduct at Ubisoft, it was uncovered that Assassin’s Creed Odyssey almost had a single lead. As you may know, Odyssey allowed you to play as one of two characters: Alexios or Kassandra. According to the report, the developers wanted to make Kassandra the sole lead role, but the marketing team stepped in, stating that “women don’t sell.”

Ubisoft alleges that lots of internal changes are happening, and we’ve already seen some action take place, like the resignation of marketing lead Serge Hascoët, as well as other members of executive management.

Read More: Kassandra was supposed to be the lead in Assassin’s Creed Odyssey, but Ubisoft said “women don’t sell”

Samurai Jack: Battle Through Time Will Launch Next Month

We won’t have to wait much longer to play Samurai Jack: Battle Through Time, as it’ll launch for PlayStation 4, PC, Xbox One, and Nintendo Switch on Aug. 21. It was announced back in February of this year and will feature a brand new story, with lots of weapons and action-platforming goodness. It’ll still look just like the show, keeping that beloved art style, despite being in 3D.

You can check out the new release date trailer below:

Splatoon 2 Will Be Getting More Splatfest Events Through March 2021

In celebration of Splatoon 2‘s third birthday, Nintendo announced not one, but three new Splatfests would be coming. Starting on Aug. 21, players will be able to battle it out to settle it once and for all: Which came first, the chicken or the egg? In a follow-up tweet, Nintendo said revealed that two more Splatoon 2 Splatfests will arrive “before the end of March 2021!”

Splatoon 2 is one of Nintendo Switch’s bestselling games, sitting comfortably at over 10 million units sold since its release in 2017. We likely haven’t seen the last of Splatoon, judging by the sales figures of the series so far.

We're getting into the anniversary spirit & taking another crack at a classic #Splatfest question! It’s your second chance to answer the conundrum of which came first, the Chicken or the Egg?

Get ready to pick your side when this 48-hour Splatfest begins 8/21 at 3pm PT! pic.twitter.com/1H8yhS1MLO

Following the backlash over the game’s transphobic issues, Deadly Premonition 2: A Blessing in Disguise has gotten its first patch. As the game’s director Hidetaka “Swery” Suehiro promised, the update has rewritten content pertaining to its transgender character. Along with that are some bug fixes and the beginning of frame rate fixes, though more updates will be coming “ASAP” to address further issues.

Swery explained that this update won’t “change the essence of the game,” but will simply correct some of the issues pointed out by the community. Deadly Premonition 2 is available now exclusively for Nintendo Switch.