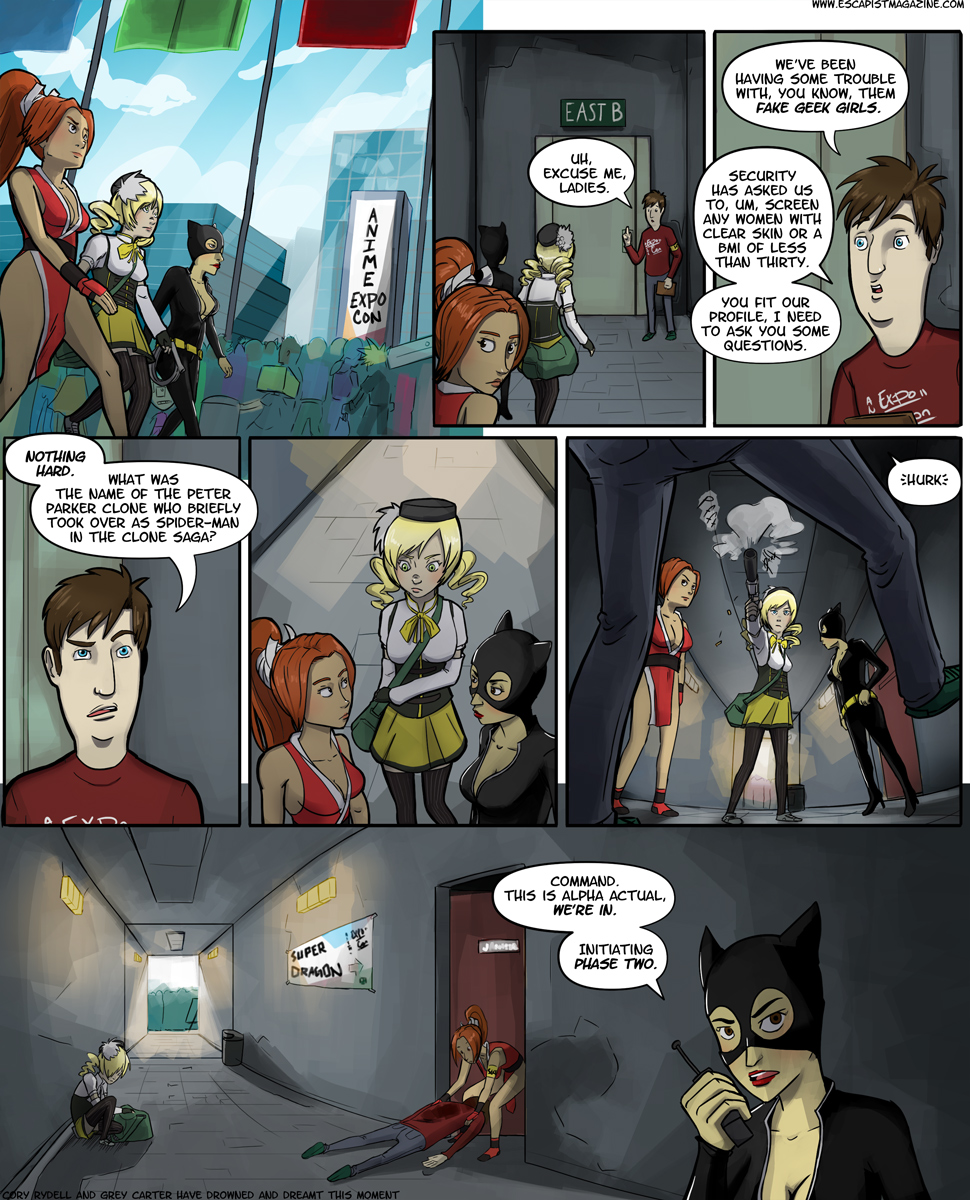 I’m not entirely sure what phase two entails, but judging by the fury with which Ex Machina artist, Tony Harris, has reacted to the presence of “Quasi-Pretty-NOT-Hot-Girls” at cons, I can only imagine it’s insidious as fuck. Given how angry Harris’ (drunken?) screed is, you’d be forgiven for thinking he was a scientist from the opening ten minutes of a Hollywood disaster parable; A modern, Cassandra, screaming dire warnings at an ignorant populace, rather than an angry dude bellowing bullshit at imaginary women because he thinks they’re stealing praise that should be directed at him.

“I warned you!” Dr. Harris screams as the Fake Geek Girls drag their victims back to their queen for egg implantation, “You didn’t listen.”

Fortunately, I’m very good at separating work from their creators, it’d be very hard to be an Earthworm Jim fan otherwise.

And now, I leave you with the relaxing comic comments section, which will most likely be an endless list of messages that read “Ben Reilly.”