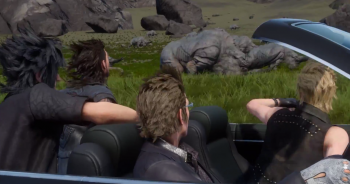 Final Fantasy XV was first announced almost ten years ago, and has been in development so long Square has had to periodically remind people that it is still, in fact, a thing. Today, it has made a bold announcement: the game will release in 2016.

“We will finally release FFXV this year, in 2016!” wrote Hajime Tabata, the game’s developer. “In development, previous phases required wisdom and strength. However, moving forward the final phase will focus on effort and willpower.”

“I vow to you all that every member in the team will do their best to the very last possible moment taking responsibility and pride in their craft.”

So, Final Fantasy fans, it’s been a long, long time coming but we can now finally see the light at the end of the tunnel!