We can all go to sleep tonight secure in the fact that Kingdom of the Crystal Skull was a pretty big piece of crap. It’s unfortunate that Indiana Jones and his franchise were stained by such an overblown, nonsensical fourth outing, but if there’s a silver lining to this stormcloud it is that Harrison Ford and Steven Spielberg have quietly disavowed their involvement with it and have put the series on indefinite hold. Meanwhile, series producer Frank Marshall has recently declared that Indiana Jones can never be recast like James Bond, and has directly responded to all those “Chris Pratt as Indy??!!” speculations with a flat no.

Those three are the effective gatekeepers to the franchise as we know it. And as long as they remain embarrassed and cynical about the last attempt, we can be sure we won’t get another. Or, at least, we won’t get another from them. You see, Disney owns Indy thanks to their purchase of Lucasfilm and you can be sure that if Disney paid for it they will certainly make it a movie. Just ask Thor, the Guardians of the Galaxy, and Doug Funnie after he was transferred from Nickelodeon to ABC.

So, inevitably, there’s someone over at Disney trying to find a way to keep Spielberg and Ford and make all the money ever with Indiana Jones and the Ill-Advised Fifth Film, and across the hall from them there’s another team hoping that Ford, Spielberg, Marshall, and George Lucas will all be senile or dead in time for a re-cast or reboot. Suffice it to say, the best possible option is to just stop making Indiana Jones movies now, but that’s not actually an option because money.

On that cheery note, here are five actors who could put on the fedora in the unavoidable event that Disney wants a return on their investment: 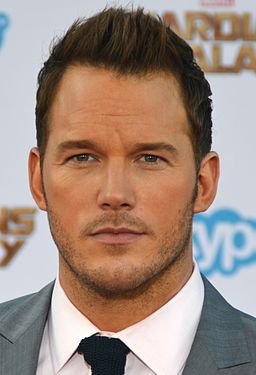 Let’s just get this out of the way now, shall we? Pratt would make for a really fun Jones. We know that he’s capable of cheeky one-liners and punching bad guys in their smarmy fascist faces. We also know he’s capable of brooding stoicism. Just look at his recent resume: a Marvel franchise where he’s essentially playing a Gen-X Han Solo, a gigantic reboot of an action franchise based on paleontology, a soldier on a mission to find Osama bin Laden, and… well, Andy from “Parks and Recreation.” But still!

The only thing that Harrison Ford has that Pratt doesn’t is the bookish restraint that Jones exhibits before his adventures. Soft-spoken and insisting that real archeology happens in the library doing research, this version of Jones is something I don’t know if Pratt is believable doing.

For ten years now, this naturally goofy guy has pulled off being a beefy, coiled spring of rage and fear on “Supernatural” as older brother Dean Winchester. Now he’s getting too far into his career for television and needs a big action franchise. He’d be great as Jones primarily because I can buy him fistfighting Nazis and charming the ladies, but at the same time he’s shown a deft ability to naturally perform a ghost/demon/monster equivalent of technobabble.

Whomever must play the Whip Doctor (that’s Jones’ DJ name), he must appear adept at quoting ancient texts off the top of his head and finding clues to the secret entrance of a long-forgotten tomb. Ackles has spent a decade preparing for this role, and I think he’s ready for the big leagues.

It has taken me years to decide whether I like Cooper in movies or I despise his performances. I’m not sure what exactly sold me, but I’m in. He’s undeniably charismatic, has fantastic comedic timing, and a certain versatility. Hollywood loves to cast him as an everyman hero, such as his recent acclaim as Chris Kyle, the American Sniper, or as experimental drug tester Eddie Morra in Limitless.

What really sells me on Cooper as Jones is the chemistry he had in Silver Linings Playbook with his costars. Not just the magnetism with Jennifer Lawrence, but also the lived-in, caged animosity with Robert DeNiro’s father character. And even the unquestioned mutual loyalty between Cooper’s character Pat and his friends. These are all Indiana Jones through a strange prism; wouldn’t it be fantastic to watch Cooper in one of those father-son scenes from Last Crusade?

Bookish? Check. Rakishly good-looking? Check. Ability to punch someone’s block off? Check. Though he’s spent a large chunk of his recent career warding off evil spirits and demons in the Conjuring and Insidious franchises, Wilson might be at his best in Zack Snyder’s Watchmen as idealistic inventor-turned-crimefighter Dan Dreiberg, aka Night Owl.

So, not only does he have previous experience with creepy pseudo-Christian lore like exorcisms and ghostly spirits, he also has a background in beating wholesale ass in a goofy costume. And I’d believe this guy in a library or classroom teaching about archeology as much as I’d believe him dangling on a rope doing some full-on tomb raiding. The reason I like Wilson for Jones is that he is believable in a period piece; in Watchmen he sounded like he belonged with Alan Moore’s very precise, old fashioned dialogue. I can’t picture Cooper or Pratt using 1930s lingo, but Wilson could. 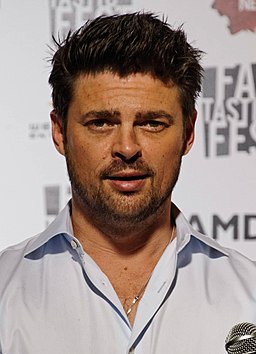 This might be my personal pick! Geeks like us seem to love him so. He’s the best piece of casting in the Abrams Star Trek as Bones McCoy, and he was wonderfully hardcore as Eomer of Rohan in The Lord of the Rings. And it is just plain unfair that his perfect portrayal of Judge Dredd in 2012’s Dredd went without a sequel. This guy would be fantastic as the stern and often merciless Jones that we saw more of in Raiders of the Lost Ark. Though, having said that, he’s actually pretty funny as Bones in those Trek movies. He could quip it while he whipped it.

What sets Urban apart from other candidates is his bonafides of playing a role very seriously in the middle of an inherently bonkers premise. Indiana Jones is a college professor who is thrust into his life-or-death adventures to secure mythical objects whose very existence can change human history. Urban played a space marine fighting demons on Mars in Doom, as well as an average joe detective teamed up with an android to solve crimes in Almost Human. If there’s a guy who can be believable in the most unbelievable, it’s him.