In the wake of the Civil War trailer and the newest Batman V. Superman: Dawn of Justice trailer, there’s been an exponentially growing pressure on other studios to nail down this “shared cinematic universe” concept. While Fox can’t get their Fantastic Four off the ground to unite with the X-Men, Sony has recently scrapped their laughable plans for a Spider-Man Universe that would have given us an Aunt May origin movie. But Universal Studios has some older assets that haven’t been touched for the requisite amount of time: the classic Universal monsters.

And sure enough this week we’ve had word that Sofia Boutella, the kick-ass henchwoman from Kingsman: The Secret Service among other things, is in talks to take the title role in The Mummy, opposite Tom Cruise as the adventure hero and taking place in present-day.

This sounds a little exciting. Maybe this can work. Okay, your mileage may vary on these ideas they are going with, but if the monsters are coming to the present day and they will hopefully be interacting with each other, that begs the question: who shall portray them all? We obviously won’t have a Boris Karloff playing half of them this time around… 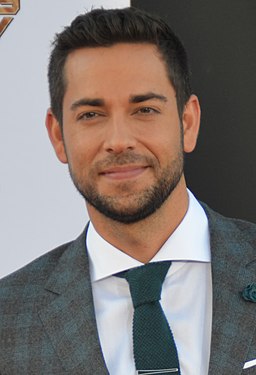 I’m still sad that Joe Johnston’s film from a few years back never found an audience. Because Benicio Del Toro was a great fit for a moody, gothic take on the character. But for this new, adventure-oriented franchise being put together, we need someone with some action chops as well as an ability to portray painful transformation (not just physically, but emotionally).

I think Levi can pull it off great. His recent work on “Heroes Reborn” as a cold, vengeful killer is a stark contrast to the affable nerd on “Chuck” or his goofball thief from Tangled. The transformation and becoming haunted by what he does as the werewolf, we could watch a good man go dark until a team-up shows him how to use his curse. He’s this universe’s Hulk, a bit.

Yes, pedants, I mean Frankenstein’s monster…who chooses the name Adam in the end and calls Victor “father,” thus making him Adam FRANKENSTEIN. See, I can be pedantic too.

Now that that’s out of the way, the monster should be the universe’s somewhat innocent and naive little brother character, which would mesh well with his power and unpredictability. And that characterization screams out for Bautista. As Drax the Destroyer in Guardians of the Galaxy, his literal-minded interpretation of everything and glee for fighting and blood bears a resemblance to Karloff

Is this one too obvious? I don’t care. He’s amazing. The Danish actor is, very sadly, done playing Hannibal Lecter on television, and now he can bring that old world charm to a similar role. He’s been a Bond villain in Casino Royale, he’s set to appear as a villain in an upcoming Star Wars film, and let’s just make him Dracula to boot. He is this sort of amalgamation of Christopher Lee, Bela Lugosi, and Donald Pleasance… but sexier!

In terms of the team-up, it’s obvious that Dracula should be the charming rogue of the group, kind of a Tony Stark by way of Prince Zuko from “Avatar: The Last Airbender.” This actor would crush that role in his sleep. Imagine him chuckling to himself upon meeting Frankenstein’s monster, or going full-Lando on the lady Mummy with the hand kiss and the velvety voice.

When I think of a mad scientist who stumbles upon the formula for invisibility and almost immediately becomes a slobbering nutcase with delusions of world domination, I have to think of an actor who can combine a real-world gravity with a cheeseball lunacy to make one tasty thespian gumbo. And that is definitely Michael C. Hall of “Dexter” and “Six Feet Under” fame. In both, he played men born in the wrong skin who were outwardly straight-laced and muted in their approach to life. But below, both characters harbored the desire to be themselves. One was a closeted gay man and the other was a self-aware serial killer, so the parallels kind of fall apart… but he’d do great as an ethical man of science who secretly harbors disdain for everyone around him.

Not to mention, Hall’s voice is all kinds of warm, husky creepiness. And his voice would be on center stage if he’s invisible most of the time. If you don’t think he has the energy to be a cackling weirdo, I point you toward the lackluster film Gamer, where his villain character is dancing and screeching and losing his composure. It’s a sight to behold… if you pardon the pun. 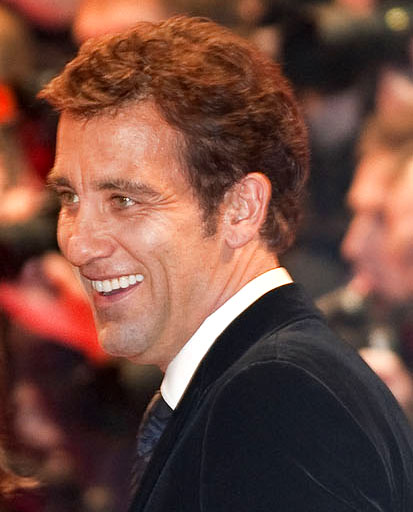 It’s not uncommon for an untested concept to lean on the credibility and brand of a veteran actor. That’s what the Van Helsing character is almost tailor-made for. He’s a mysterious warrior-scholar who fights things that go bump in the night in Victorian-era Europe. In this new series, he could easily be the zealot antagonist looking to exterminate the monsters because they are different or he could end up being the grizzled mentor for them. The Obi-Wan. The Nick Fury. The Gandalf. And he’d be a mere human who is so hardcore that he could fight each of them to a standstill if need be.

My first inclination was to give this to someone like Christoph Waltz, who would be able to carry dramatic weight or comic relief depending on the situation. I’d love to hear him introduce himself as Professor Van Helsing all polite and likeable, and then fiendishly stab someone with a wooden stake.

But Owen is kind of perfect for an action-oriented take. He’s got such a rugged, burly physique that is paired perfectly with a methodical, bookish demeanor in the right roles. He’s a sort of British Harrison Ford, and Van Helsing would be great as a more monster-oriented Indiana Jones type. I could buy Owen taking down supernatural forces of evil just with his brain and his fists.