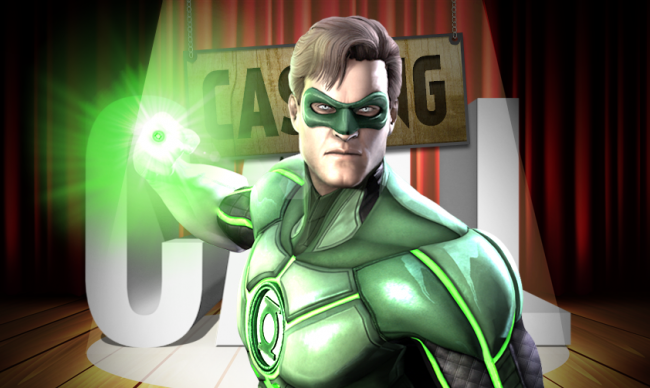 Ryan Reynolds would make a great superhero. I’ve never wavered in this opinion since it first came out that he was a big comic book nerd and fancied a chance to play his favorite character. That was about eight years ago, and since then, Reynolds has played no less than three comic book characters to varying results (in his performance… all three of those movies are garbage).

I maintain that he would have made a dynamite Flash, or even a fun Booster Gold, but Reynolds’ outing as the Green Lantern was not worth the man-hours necessary to create his CGI suit. Luckily, he’s finally gotten his chance at redemption in this year’s Deadpool. And while Zack Snyder is determined to wedge every possible character into the mere second film of the DC shared cinematic universe, he seems to be sleeping on the lantern and ring combo.

Instead, we are scheduled to get a movie about the entire Green Lantern Corps… summer of 2020. So while we have plenty of time to speculate, who should succeed Reynolds as the viridian space cop?

The “Mad Men” star was asked a half-dozen years ago if he would consider playing Superman, and his glib response was essentially, “I don’t know if everyone wants an over-forty, crow’s feet-confirmed Superman huffing and puffing through fights.” I certainly did, but perhaps Hamm’s wry bravado would be best suited for the old-fashioned test pilot who is given the power ring by a dying Abin Sur. This would be especially effective in Snyder’s DC universe, where Batman has been operating for over twenty years and packing an origin story into the first film for each character is optional at best.

Picture Hamm as Hal Jordan when we first met the character, in the 1960s. Say Hal was given the power of Green Lantern’s light and flew off into the cosmos to train and protect his sector, and never returned to Earth… until now. And due to relativity, his fifty-year absence has been a mere eight years to him. Now, the earnest hero must deal with the cynical anti-heroes that Batman and Superman are in this current iteration, while also training a new young Lantern as his backup for Earth’s protection. We would effectively get Jon Hamm as the DC version of Captain America… and we’d get a DC hero who isn’t also nine kinds of whiny emo psycho-killer.

Glover made his bones very early as a staff writer for “30 Rock” while he was still living on campus at NYU. Since then he’s become huge for his role on “Community,” his small part in this last year’s The Martian, and his rap career under the name Childish Gambino. He’s a funny guy, but he’s also capable of great gravitas. I submit that his John Stewart would be a fantastic foil to the reserved do-gooder of Hamm’s Hal Jordan. It’s another fantastic buddy-cop pairing… only this time it’s in SPACE!

The Green Lantern lore requires an audience surrogate character. Jordan and the other members of the Corps can explain everything to the audience by explaining it to rookie Stewart, and Glover’s wide-eyed innocence and enthusiasm would be just the palate-cleanser after Ryan Reynolds played the rookie in this universe by essentially saying, “It’s cool. I’m so awesome that I instantly understand everything… anyways, I quit.”

Guy Gardner was conceived as Hal Jordan’s first backup on Earth, and was only passed up for the job by Abin Sur’s ring because of his proximity to the alien’s crash. Over the decades since, the character has taken some wild turns. Most recently, during the War of the Lanterns, he discovered an unfathomable capacity for rage and violence within him. Armed with the green ring and a red ring of rage, he briefly went out of control and turned his powers on his friends.

Bana would be perfect for this iteration of the Green Lantern primarily because of this subplot. In roles such as Hector in Troy and his lead turn in Munich, Bana has played largely heroic and righteous men who have been consumed by hatred and anger. And he can be good natured or scary as hell depending on what the role demands. This is partially why he was actually a fantastic choice to play Bruce Banner for Ang Lee’s Hulk, if only he had gotten a chance to be the Hulk as well.

If Warner Brothers and DC are looking far enough ahead, they would set up the different-colored Lantern Corps within a few movies or possibly as a television project. And Gardner’s transformation into a Red Lantern is really the perfect narrative entry point for that. Bana would crush both sides of that coin.

Suppose someone over at the WB/DC offices was very smart. They would recognize that while Hal Jordan is the most popular and enduring character in the green suit in the long run, Stewart is the more familiar character to kids, young adults, and comic book readers (their target audiences). He was the representative Green Lantern on both the “Justice League” and “Justice League Unlimited” cartoon series, running consecutively from 2001 to 2006. He’s also been the lead Green Lantern character in the comics since the New 52 relaunch in 2011.

So, while my idea to use Stewart as the rookie sounds clever and exciting to me, the smart money would be to cast someone older and make Stewart the experienced protector of Sector 2814. In fact, the most recent comics have assigned him the role of instructor for new Corps recruits, which would be fun.

If the movies went in that direction, Mekhi Phifer would be perfect. He’s tough as nails, but highly intelligent. He would do great with Stewart’s penchant for bucking authority in exchange for common sense decisions. And his natural delivery of dialogue would certainly go a long way to help the meta-franchise root itself in the real world, as opposed to an alternate dimension where everyone speaks in biblically-charged symbolic monologues delivered in hushed reverent tones.

The casting of Henry Cavill as Superman might have been an indication of the prototypical superhero actor; one must have the comic-book good looks and be game for even the stupidest of costumes, and ideally the actor would be cheap and available enough for a three-picture deal with the studio. A television star, in other words.

With this in mind, it’s not hard to imagine Matt Bomer on the shortlist for every superhero character possible. For several years he garnered a lot of fans on “White Collar” as Neal Caffrey, a supremely assured con man working with authorities to bring down other crooks. Similarly, he played a recurring role on “Chuck” as the unrepentantly smug and cocky Bryce Larkin, secret agent and ruiner of lives. Bomer is, himself, very self-assured. One would have to be to strip down to his pelt in two Magic Mike films.

He would be a great fit as the likeable jerk of the Justice League, preening and swaggering in a way only Thor typically gets away with across the yard in Marvel-land. It would fit Hal Jordan’s hotshot test pilot persona, and it would inject a little fun into the seemingly forever dour environment that Cavill and Ben Affleck are cultivating.