Sylvester Stallone is 69 years old. You got that? Sixty-nine is like mandatory retirement age, and that’s a fitting analogy because Stallone has just handed over the headlining slot of the Rocky franchise to Michael B. Jordan’s Adonis Creed. If you haven’t seen Creed yet, I recommend it highly. But with all the news about Stallone using his old hero roles as mentor characters for the next generation, it has broken recently that this might be happening with his other big one: John Rambo.

A few months ago, Stallone announced that he was (of course) writing, directing, and starring in a fifth and ostensibly final Rambo movie entitled Last Blood. But as recently as last week, that film has reportedly been put on the back burner in favor of a television series at Fox. How does that work? Well, it supposedly centers on the relationship between John Rambo, the PTSD-riddled Vietnam vet from those movies, and his son J.R. who is an ex-Navy SEAL.

I have no idea what they would do on that show. Would it be like an action show where the Rambo boys are called in to go on missions? Or would it be a more dramatic thing where they are dealing with the ramifications of war? Either way, it’s unclear if Stallone himself will be the elder Rambo on television or if he will pass the role to someone else. Presumably either way this J.R. character seems like he may be the center of the series. So, who would be playing Rambo Jr. and handling the majority of the heavy lifting, dramatically or physically? 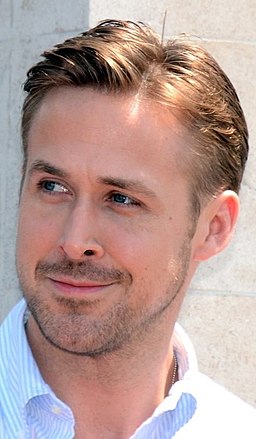 I really don’t think this fellow would be on a network television show as Son of Rambo. But Stallone really thinks this is possible, as his recent comments have pointed out. So, let me take one slot on the list to say this: yes, if you were to do a full reboot of First Blood, the drama-driven first film about the unhinged Vietnam vet battling small-town police (and have it directed by Gosling’s collaborator Nicholas Winding Refn) this could work. Gosling’s best work, 2011’s Drive, involved freaky fight sequences, minimal dialogue, and at the very least his ability to look single-minded or haunted. It would work.

Of course, it wouldn’t even be a discussion if we’re talking about a TV series or this Last Blood finale project. Who would buy Gosling as Stallone’s son? Who would possibly think he would do a Fox television project? And who would have the gall to take his existing CV and conclude that his next project should be something with very little acting involved? Stallone… and no one else. 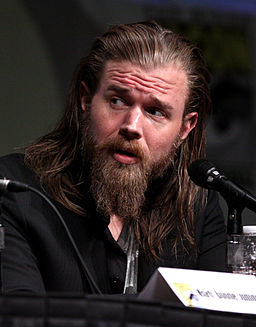 This is a much better idea. Hurst has experience with characters in the military (such as We Were Soldiers and Saving Private Ryan) and his character Opie on “Sons of Anarchy” was a master study in shell-shocked pain and regret. If given the choice, Hurst would probably be a preferable choice if this show was aiming at a prestige-grabbing drama with some elements of gritty violence.

Say, if Hurst were playing a J.R. Rambo who left a simple gee-whiz life in a flyover state to become an elite killing machine, he could inject plenty of corn-fed charm into some flashbacks and a grimier, bearded melancholy into the post-war Rambo. 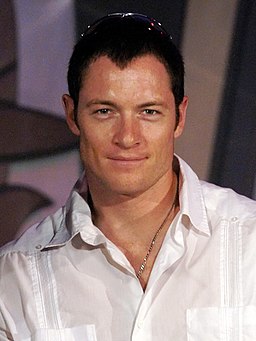 Veteran television actor of some choice genre favorites, Penikett would be quite at home on a Rambo-centric show that was devoted to action first and foremost. As Helo on “Battlestar Galactica,” he managed a fantastic subplot in the first season as the man behind enemy lines, and ultimately his character’s perception of that enemy is changed when he falls in love with one of them. Similarly, as Ballard on the underrated “Dollhouse” he played a man thoroughly disgusted with the network of programmable assassin/prostitute/cannon fodder automatons that he discovers… until he is forced to work for them.

This type of action-oriented, double-cross prone hero with the requisite square jaw and unflappable moral code would be a great way to continue the Rambo property if it were more the “mission of the week” flavor. If J.R. gets recruited by those unscrupulous generals that always seemed to find the elder Rambo in the dark recesses of the world, how would the father and the son relate to one another? Or would it be a secret? J.R. could be working with the slimy government black ops division as a way of getting back at John Sr. for being gone most of his life. 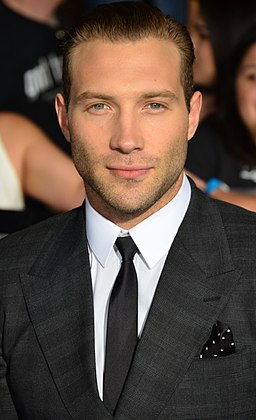 Since his breakout role on “Spartacus,” the studio system has never quite landed on what should be done with Mr. Courtney. He’s not a particularly gifted thespian, but he has something genuine going on under that pronounced brow and he’s an impressive physical specimen. He’s bounced his way from supposedly taking the torch from Bruce Willis in A Good Day to Die Hard to dubiously taking over for Arnold Schwarzenegger in Terminator: Genisys, and I think the problem has been the distinct identification of those older actors with those roles. Perhaps the Rambo series is the ’80s action franchise to hand over to Courtney instead.

John Rambo was always primarily a stoic character. And stoicism is something Courtney can pull off. Possibly better than Stallone, who has always kinda loved the sound of his own voice and the weak jokes he puts to page. Either as John Sr. or as this new J.R., Courtney could make a case for his viability as an action star of small screen if not big. Besides, it doesn’t sound like he’ll be yippie-kai-aye-ing or hasta la vista-ing in a following sequel to either of the other series. 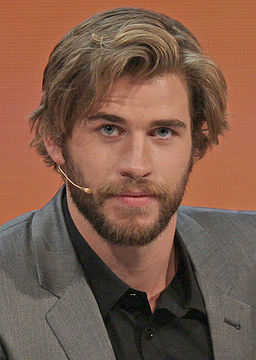 I always felt like this kid has gotten short shrift with his role as the jilted BFF of Jennifer Lawrence’s Hunger Games hero. That may be less the filmmaking behind that series and more the half-baked love triangle of the source novels, but the point is that this young actor needs a new flagship role. I know, he’s young. But that’s not much of a problem when he’d likely be seven years into a military career at his age.

Hemsworth’s J.R. Rambo would probably work best as a starry-eyed family drama with action peppered in. If, say, the younger of the clan were back home from his first tour of duty and comes face to face with his long-estranged father who feels differently about the country that discarded him after his war. Then, conveniently, some local scumbags rope them both into an arms-dealing scam.

It’s not funny. They did that movie this year, but instead of Rambo it was a teenager and his damn dog.