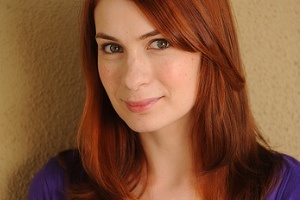 Chances are, if you’re an avid MMORPG player, then you’ve heard about The Guild. If you’ve been living under an adamantite ore for the last couple of years, then you’ve missed out on the hilarious online video series that pokes major fun at our favorite gaming genre, the stereotypical people that play, and the adventurous calamities that often befall us.

While the show does much in the way of keeping things generic, in that the game the cast of characters play is fictitious (though heavily based on World of Warcraft), there are yet many things that can be learned from the show regarding ways to properly play an MMORPG, both in and out of character.

Having recently re-watched seasons one and two in anticipation of season three, I caught those game play tips again, and realized that many of them can be applied to roleplaying. So, roleplayers, here are Five Roleplaying Tips Learned from Watching the Guild.

#1 – Originality
After twenty-nine years of playing RP games, it is amazing that I still see character names that are very unique. The names for the in game characters the cast play in their MMORPG (Codex, Zaboo, Vork, Clara, Bladezz, and Tinkerballa) are a perfect example. I imagine that Felicia Day, the series creator and writer, had to go through the very same mental process we all do when creating a MMORPG character, including the name. Not only that, she also had to come up with another set of names for the out of game characters, and I think they are also all befitting the look and feel of the actors playing the parts. Point is, originality is tantamount to creating an RP character, one that sets yours as an individual within such a closely knit online world, and should also help make that character much more fun to play.

#2 – Keep In Game (IC) and Out of Game (OOC) Separate
As Syd Sherman could tell you, use extreme caution when talking (typing) to your friends and guild mates in game. A simple mistakenly typed 😉 when it supposed to be a 🙂 can have dire consequences, in and out of game.

That is, of course, just one of the ways the show takes a stab at our funny bone, the joke being that there are some MMORPG players who just can’t seem to keep their in game lives from spilling out over into their out of game life. In The Guild, this is demonstrated strongly in almost all the players, by more often referring to their real life selves by the names of their in game characters. To borrow and localize an already overly-used but still applicable quote, what happens in game stays in game. As mentioned in #1, keeping your character unique and untainted by not pushing language and information that doesn’t mesh in with the atmosphere of the game world will go a long way to helping your RP sessions fresh and interesting.

#3 – Guild Support System = Friends
The guild in The Guild is known as The Knights of Good. Vork is the guild master, and as such, is adamant about having the members follow the established parameters, or guild rules, that have been set down. As things break down in and out of game through the series’ two seasons, he ends up lamenting about why his fellow guild members no longer seems to be a cohesive group, yet he stands by them both as their guild master and their friend.

Gathering your in game friends together into a guild, or finding a guild that you and your character work well with, can be a very positive factor toward your roleplaying. Establishing a guild charter and set of rules that govern both in game characters and out of game players is a very good thing, as long as both players and characters are willing to follow them.

However, with or without guild rules, it’s a sure bet guild drama of some sort will appear, and it’s in these times that out of game friendships could very well be a large part of deciding what happens in game. Yes, this seems to be in direct contradiction to #2, but I think of it as the other side of the coin, the yin with the yang. Friends are friends, no matter where or how you’ve met them, and even if you’ve only met online and in game. If there is a mutually beneficial relationship between you, the people you game with, and between your character and theirs, then your gaming is all the better for it.

#4 – Keep A Player / Character Journal
At the beginning of each episode, Syd sits in front of her webcam and records the current events of her life, talking about what’s going on with her personally, and with Codex, her character. It seems as if she’s trying to gain some clarity about both lives by talking through her thoughts and feelings.

Here’s a tip that most roleplayers already know about and take part in – keeping an online blog written from the view of their character. Such an exercise can be an excellent way to develop the personality and history of your character over time, and not going through the stress of thinking it all has to be done right at the start of the character.

Additionally, keeping a character blog may help keep that separation between you and your character. It helps to define the boundaries, delineate what is player knowledge from what is character knowledge, and acts as the perfect reference for you and your friends when anything comes up that challenges those notions.

#5 – Don’t Take Things Too Seriously!
The Guild starts off with two main story plots: Syd’s dealing with her addiction to her MMORPG, and Sujan Balakrishnan Goldberg’s belief that the in game ‘relationship’ his character Zaboo has with Syd’s character Codex extends out of game as well. When Sujan unexpectedly and uninvitingly shows up at Syd’s house and moves in, much hilarity ensues, and carries on through each episode.

It’s a game, people. By that very definition, it’s meant to be fun. When the no fun factor exceeds your enjoyment quotient, it’s time to take a heartfelt look at why. Things are going to happen in game that you have absolutely no control over. However, what you do have total control over is whether or not you allow in game actions to have out of game consequences.

I admit that I was once a cause and victim of this during an earlier time. The reason? I had let my roleplaying persona lapse and was going in game for personal reasons, other than to simply have some RP fun. If this strikes a mental or emotional chord, please beware. Don’t end up like Tom Hank’s character Robbie Wheeling in the movie Mazes and Monsters! It just isn’t what MMORPGs are designed for. Have fun!

Just in case this is the first time you are learning about The Guild, following are links to help you get acquainted with the series and the starring cast. I hope you find them as entertaining as I do.

As always, you may send me your comments below in the Comments section, directly to my email at Rolecraft at gmail dot com, and via Twitter (http://twitter.com/JimMoreno). Also click over to The RP Archives (http://rolecraft.wordpress.com/), a blog where I gather all the roleplaying knowledge from across the interwebs into one handy reference place. Until next time, role on!

RoleCraft: The Rule of Roleplay