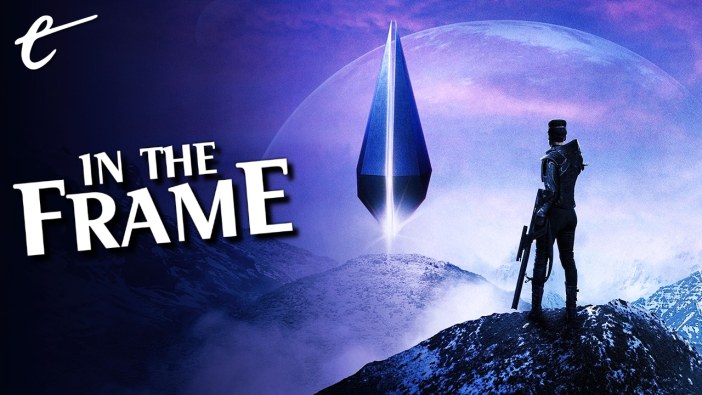 The epic has had a storied journey from page to screen. Isaac Asimov’s Foundation is rightly regarded as one of the essential texts in American science fiction, even if it has never enjoyed stature in pop culture comparable to Star Wars or Star Trek. To give a sense of the esteem in which Foundation is held by those in the know, the series famously beat Lord of the Rings to the special one-time “Best All-Time Series” Hugo Award in 1966.

Foundation casts a long shadow over contemporary culture. Critic Dan Schneider argues, quite reasonably, that “without Foundation there would simply not be Star Wars.” Gene Roddenberry famously corresponded with Asimov and claimed that one of the primary goals of Star Trek was “making new purchasers of The Foundation novels.” The influence of Foundation extended beyond fiction. Economist Paul Krugman has claimed that the series shaped his entire outlook.

Put simply, Foundation is about the efforts of Hari Seldon, played in the television series by Jared Harris. Seldon is a pioneer in the field of “psychohistory,” which charts and predicts the movement of politics and culture across millennia. Seldon has foreseen the end of the established order and the collapse of the Galactic Empire. He establishes the eponymous Foundation to both shorten the chaos that would follow and provide a well from which an eventual renaissance may spring.

Alasdair Wilkins has described psychohistory as “the greatest idea Asimov ever came up with” — a bold statement given the influence of Asimov’s three rules of robotics. However, it taps into a universal theme that resonates across time. Is history shaped by abstract forces like economics or belief? Or is history guided by the so-called “great men” — exceptional individuals who bend the world to them? What of the “black swans” — the unforeseeable events that warp history around them?

As with a lot of the science fiction of the era, Foundation originated in the pages of pulp magazines. The basis of the saga was a series of short stories published in Astounding Magazine between 1942 and 1950. These short stories were then collected into a trilogy of novels between 1951 and 1953. Asimov would play with the canon, ultimately tying his epic Foundation saga into both his Galactic Empire and Robot sagas.

There have been several attempts to adapt Foundation over the years. New Line Cinema planned a cinematic trilogy in the late 1990s, investing $1.5 million in trying to get the concept to work. The failure to get that project off the ground led New Line to invest in the Lord of the Rings trilogy. Jonathan Nolan was initially announced to be working on a television series for HBO in November 2014, alongside his Westworld series. While Westworld (eventually) made it to screen, Foundation did not.

Adapting Foundation to the screen is a challenge. The concept is literary and philosophical; it isn’t always visual. More than that, Asimov famously planned for the series to span a millennium, with the Apple TV+ showrunner David S. Goyer pitching the show as “a 1,000-year chess game between Hari Seldon and the Empire.” There’s also the problem that Asimov never actually completed his epic. (Asimov wryly noted in Second Foundation that “finished products are for decadent minds.”)

As with a lot of classic science fiction like Edgar Rice Burroughs’ Barsoom (John Carter) or Frank Herbert’s Dune, Foundation might endure most strongly as an influence on the science fiction that followed. The idea of a Galactic Empire trapped in decline resonates through Star Wars. It’s possible to draw a connection between the Foundation and the Federation from Star Trek. As with movies like John Carter, audiences have already seen a lot of Foundation — even if they don’t know it. 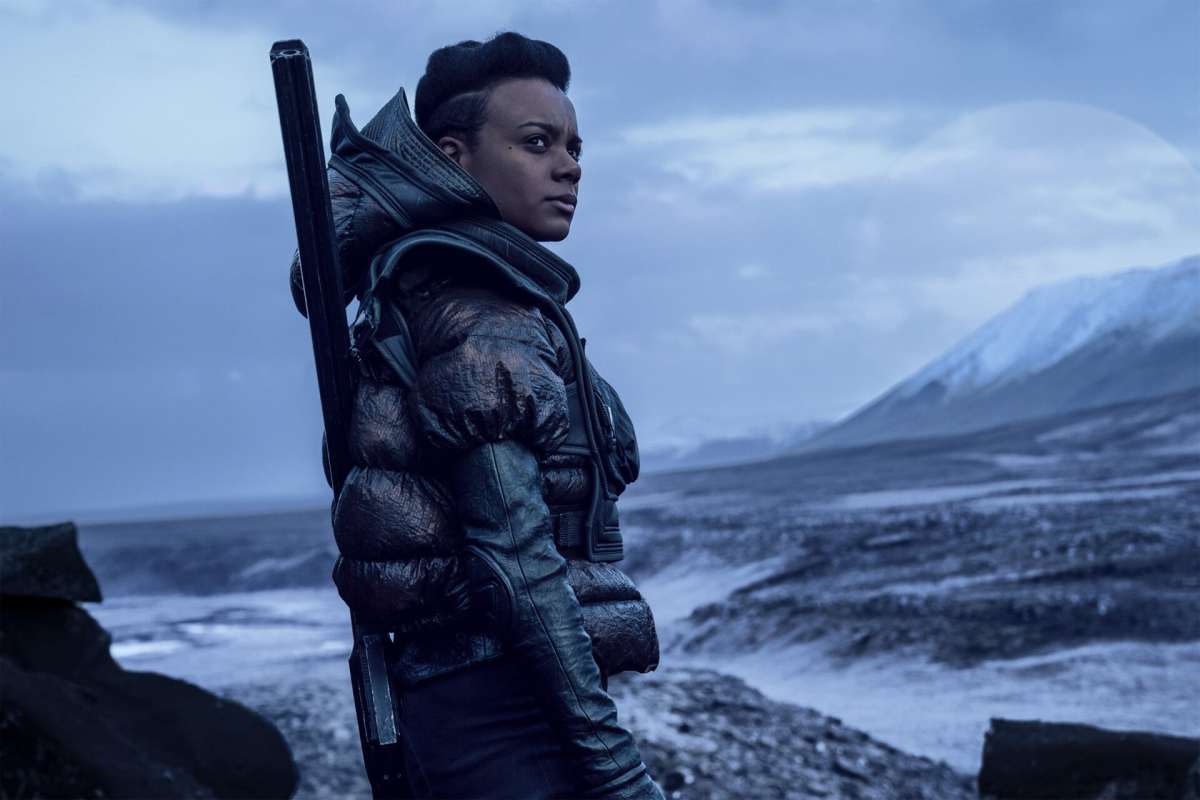 The first two episodes of the new adaptation acknowledge as much. Within the first five minutes, there are beat-up speeders racing across the desert landscape and children running beneath a sky populated with multiple celestial objects, recalling the visuals associated with Tatooine in Star Wars. There’s also a small role given to Star Trek: Deep Space Nine regular Alexander Siddig, who had headlined one of the franchise’s most overt homages to Foundation, “Statistical Probabilities.”

Foundation is more than just a historical curiosity. The sweeping narrative has a timeless quality to it. Asimov was a student of history, even writing history books like The Roman Empire and The Roman Republic. He “drew direct sustenance” from Edward Gibbon’s Decline and Fall of the Roman Empire in crafting Foundation. Of course, the fact that Foundation is timeless means that it is often timely. The saga speaks to the current moment.

From the opening two episodes, it is clear that Goyer isn’t interested in Foundation as a throwback. Goyer anchors the stories’ themes in ways that resonate with the modern world. The series repeatedly evokes the War on Terror. Arriving at the capital world Trantor, young Gaal Dornick (Lou Llobell) is confronted with processions of coffins, carrying the bodies of soldiers who died on distant worlds. The first episode climaxes with a horrific and suicidal terrorist attack.

In response to this atrocity, the Emperor (Lee Pace) brings all of the Galactic Empire’s imperial might to bear on two distant planets — at least one of which had nothing to do with the attacks. The Galactic Empire stages public hangings of accused terrorists in the rubble. The effect of all this imagery is to firmly ground Asimov’s allegory of galactic decline within the context of more specific fears about contemporary American decline. 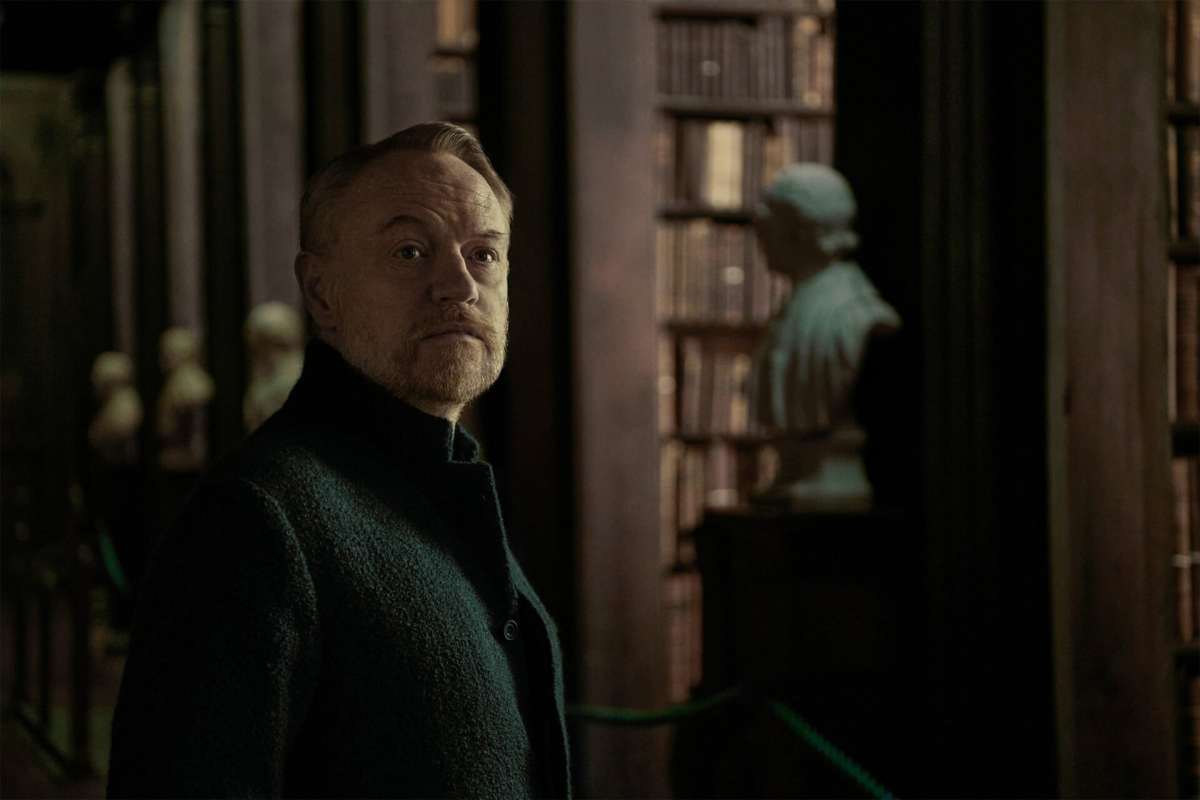 This makes sense. After all, great science fiction is as much a reflection of the present as a projection of the future. Indeed, Goyer isn’t exactly pushing Asimov’s metaphor in an unexpected direction. Asimov took his cues from the collapse of the Roman Empire, and historians have been comparing the United States to Ancient Rome for over half a century. While there is some debate as to the validity of such comparisons, they still hold a great deal of rhetorical power.

There are other ways in which Foundation speaks to the modern moment. Seldon’s plan to preserve human knowledge isn’t predicated on a magical solution to a current problem, but to a radically ambitious plan that must play out across generations. “You can’t save yourselves,” Seldon warns the Emperor. “But you can save your legacy.” It’s an interesting recurring anxiety in modern science fiction like Interstellar and Tenet, the question of how the future will judge current generations.

There are any number of obvious parallels to be found in Foundation. Seldon’s critical analysis of the status quo is treated as dangerous to the established order and ruled heresy. Dornick comes from a distant world that has outlawed science in favor of religious belief, even as its waters rise and threaten to consume the planet. There are moments Goyer’s adaptation feels a little too heavy-handed in making its point, but it’s clear that Foundation still holds considerable relevance.

The first two episodes of Foundation offer a bold start to the television series, even beyond the substantial budget that Apple has invested in it. Foundation was famously the single largest project ever to shoot in Ireland, moving into Troy Studios in Limerick. Apple seems to be positioning the series as its big bid for blockbuster television, an answer to Dune on HBO Max or The Wheel of Time on Amazon. There’s an impressive sweep to the first two episodes.

While the real test will be whether the show can maintain that level of interest and quality in the weeks ahead, this two-part premiere is a solid foundation.