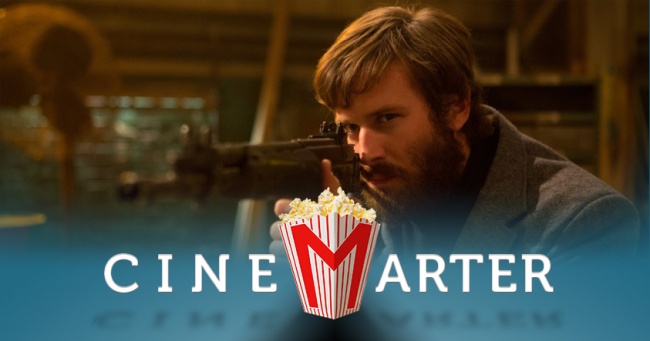 As more and more movies feel way longer than they should, here we have Free Fire to remind us that 90 minutes is a perfectly acceptable – and in many instances preferable – running time for a feature-length film. Had Free Fire been any longer than it is, it’s likely that it would have worn out its welcome, been a drag to watch as it reached its conclusion, and wouldn’t be fondly remembered after the credits finished rolling. As it is? Yeah, I really dug it.

The first 10-15 minutes set up the film, and the rest of it is all payoff. During those first few minutes, we learn a couple of things. The first is that there is going to be a deal to buy weapons. Money will be exchanged for rifles. The second is that there are a bunch of characters who have large, but not (for the most part) over-the-top personalities. The third is that the deal will go south. The “why” isn’t immediately clear, but we know that it will. And, once it does, Free Fire becomes a one-setting shootout between the two sides, with many pauses to sell injuries – few of which are immediately fatal. 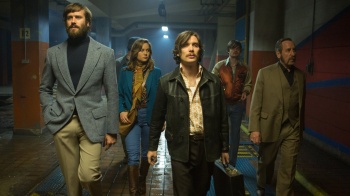 It would be pointless to list each character and his or her affiliation. There are two sides, the buyers and the dealers, people sometimes switch the team with whom they’re associated, and there are even times in which the chaos results in a character shooting someone who’s working with them. But, for the most part, it’s one side against the other, shooting guns that fire an unconscionable amount of bullets and usually only hitting non-vital body parts.

What makes Free Fire an enjoyable movie, then? After all, a lengthy shootout should get boring, right? Well, the characters and their bombastic personalities is the first aspect in which the film really succeeds. Most of them are a lot of fun to watch – there are several for whom spin-offs would be greatly appreciated. So whether they’re actively participating or taking some time away from the firefight, it’s fun to sit back and admire them for who they are and what they’re doing.

It’s one side against the other, shooting guns that fire an unconscionable amount of bullets and usually only hitting non-vital body parts.

The second is the film’s dialogue, which is snappy, snippy, quippy, and really funny. Even when they’re shooting at one another, the characters let the aforementioned personalities shine through with lots of hilarious lines to both their own teammates and their opponents. When the actual action dies down, Free Fire might actually start getting better – its various dialogue exchanges are the most memorable and enjoyable parts of watching it.

The shootout itself is also fun, don’t get me wrong. Director and co-writer Ben Wheatley throws in enough twists and variety to keep things from getting stale, but after it’s over, it all sort of blends together when recollecting what was just watched. But certain lines of dialogue and character interactions and reactions are able to stand out.

Even if there isn’t a lot of point getting into the specifics of their characters, it’s worth noting a couple of the actors in Free Fire that stand out. The most obvious one is Sharlto Copley, who steals almost every scene he’s in. He’s the main gun dealer, and pretty much all of his lines are winners. His delivery helps, too – it’s a fantastic mix of arrogance and cowardice, with a lot of egotistical snark thrown in. I want to see his character in more movies. Armie Hammer is a lot of fun – he doesn’t take anything as seriously as most of the characters and gets to show off his comedic chops – while Brie Larson and Cillian Murphy are also standouts.

Free Fire is a movie consisting primarily of one protracted shootout. It only runs for 90 minutes – only about 65-70 of those are the aforementioned firefight – and it doesn’t have any loftier ambitions than entertaining you with violence and making you laugh with its characters and their various quips and exchanges. I had a lot of fun with it. It didn’t run out of steam and it was just creative enough to keep things interesting. Now, please, give Sharlto Copley a spin-off.

Bottom Line: Free Fire is about as fun as a movie that consists almost exclusively of a shootout could be.