You may not know her name, but you will know her voice. She has been Jaina Proudmoore in World of Warcraft, and done voice work for Diablo 3, Dragon Age, Dragon Ball Z and Halo. She has more than 200 games, anime shows and films to her credit, and Laura Bailey just keeps on going.

We got a chance to talk to her about her 15+-year career and what it’s like to put a voice to some of the most interesting characters in games.

The Escapist: You have an incredible portfolio of games and anime that you have done voices for. I think you got started with Dragon Ball Z in 1999. Did you specifically set out to do voicework and how was the initial experience?

Laura Bailey: I didn’t actually. I knew I wanted to be an actor but the decision for voice acting specifically didn’t come until years later. I started at Funimation directly after high school, so the time I spent there was sort of like my college experience. I would show up in my pajamas and record for 8 hours at a time. Everyone at the studio was like family.

Escapist: Your first game was BloodRayne in 2002, where you played the main character. Was the preparation any different from doing anime? What type of research did you do?

LB: The whole process is different. Video games feel kind of like western animation in that there is far more freedom in the performance. With anime you’re confined to the perimeters set by the original recording, but in most video games you get to build it from the ground up. So once the details have been decided, there’s more room to play.

Escapist: You have a huge library of voice work in games. What has been your favorite role and why?

LB: Honestly, that answer changes daily for me. Every character I’ve voiced lives on forever just kind of bumping into everything else inside my brain. So depending on my mood, I feel more connected to certain ones. Today… Today I’ll say Fetch from Infamous Second Son. It’s pretty rare to get the opportunity to get to portray someone as bold and passionate as she is. Plus the entire shooting process was a dream. I got to work with my husband and my best friend everyday on set. Kind of ridiculous really. 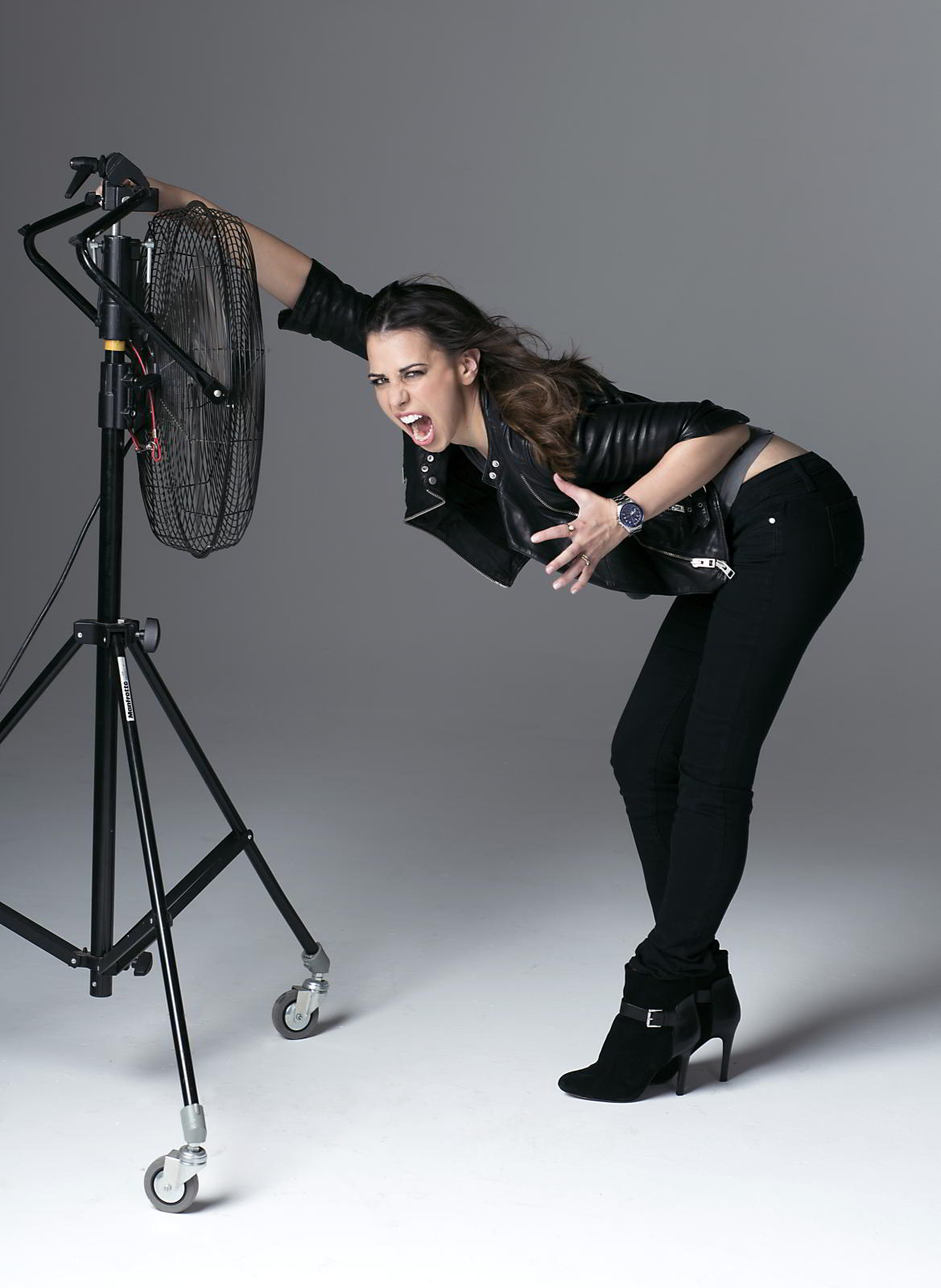 Escapist: On the other side, what has been your most challenging role?

LB: It’s funny, because often my favorite roles ARE the most challenging. One of the aspects I love most about acting is the escape. The ability to forget yourself and experience things in a way that you never would normally. (Coincidentally, that’s one of the reasons I love RPGs so much as well) So Fetch was also one of the most challenging… She had some really dark moments, especially those during First Light, that were painful to explore.

Escapist: You do the voice of Jaina Proudmoore in World of Warcraft, a pretty important character in Blizzard’s universe. Were you familiar with the game when you did the voice work, and was there any added pressure given the popularity of the franchise?

LB: I was familiar with her and WoW, but I didn’t realize when I was cast just how key she was. So as I learned more, I got more intimidated. 🙂 I think the real pressure came during these last couple expansions when Jaina really started to change because of the world events. I knew a lot of fans might be resistant to the new vengeful Jaina, but I enjoyed getting to see that other side of her after all these years.

Escapist: One of your most recent voices was the lead character Fiona for Telltale’s Tales from the Borderlands. Tell us about that character.

LB: Fiona is such a freakin badass. It’s hard because out of her and Rhys, she’s a much harder character to get to know. While Rhys is more open to relationships, Fiona has one person in the world that she’ll let in. Her sister. After the betrayals she’s been exposed to, everyone else is intentionally kept beyond her walls. So it’s a beautiful and often hilarious thing to see her stumble upon intimate emotions again. The writing in that game is some of the most fun I’ve ever seen.

Escapist: You also will be voicing Spartan Olympia Vale in Halo 5: Guardians. The franchise is another one that is very popular. You voiced Dr. Rivera in Halo 4, but were you familiar with what a Spartan was when you took the job? How would you describe your portrayal of Vale?

LB: Oh yeah, I mean I spent countless hours playing Halo games in the past, so I was very familiar with it. Vale is interesting because she’s a bit different than other Spartans. She hasn’t had the tragic background that brought most of them to the war. She’s more drawn to finding out what makes the other side tick. She’s also fluent in Sangheili, which makes for some cool moments throughout the game. 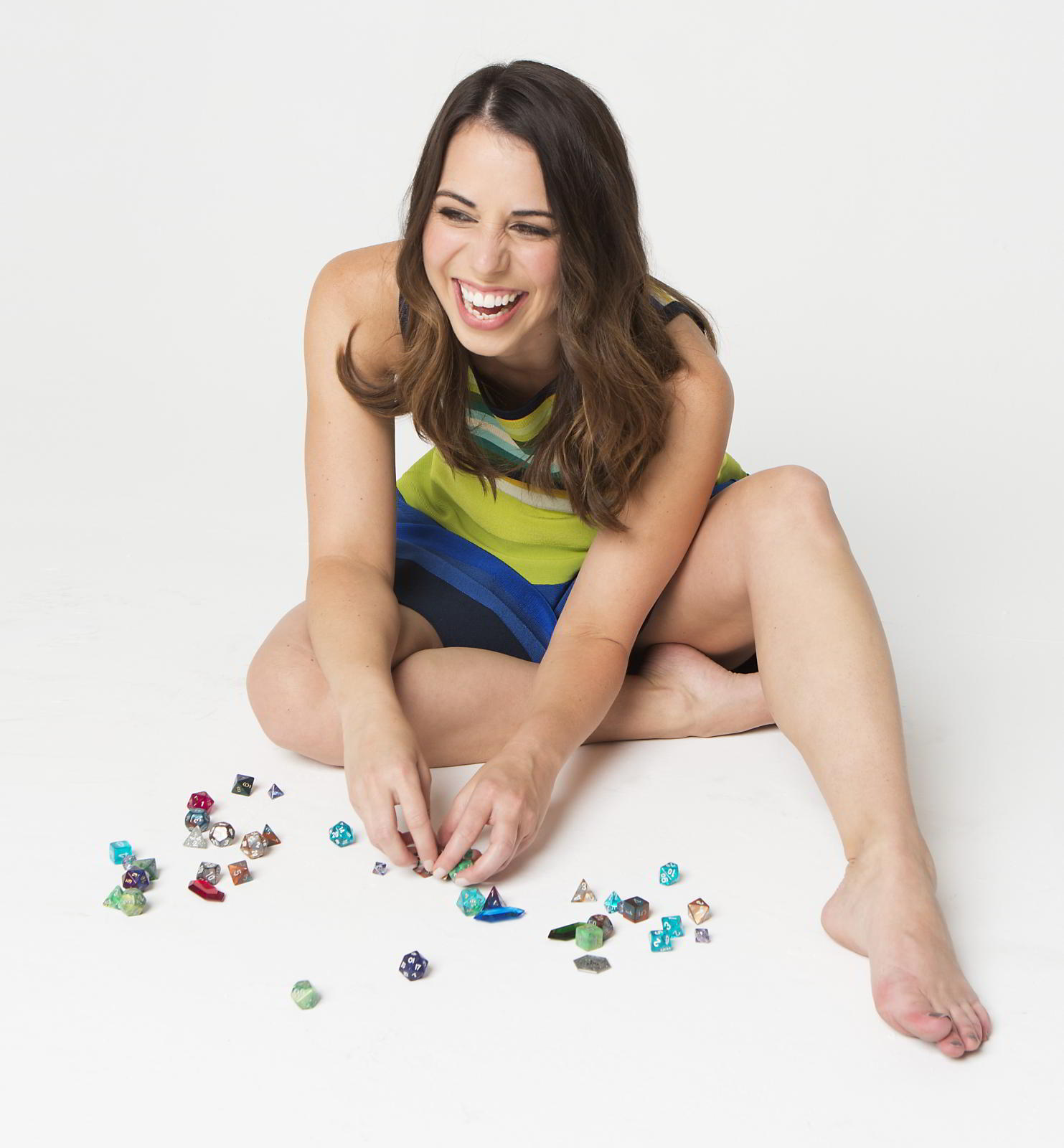 Escapist: One game that doesn’t appear on your credits in Wikipedia is that you are the voice of the Demon Hunter in Diablo 3. If I recall, you were brought in to redo many of the lines done previously by someone else. In a situation like that, how do you prepare? Do you try to find out why the other person was replaced so you don’t make a similar mistake?

LB: Those kind of situations can be tricky. Fans get very attached to character voices, and rightly so. I mean if you spend over a hundred hours with something, it becomes very important to you. For that game I wasn’t given a lot of details about why I was coming in, just told that the previous actor wasn’t returning. They asked me to match voice type as much as possible but also put my own spin on the performance.

Escapist: You’ve also done TV work and Films, mostly sci-fi and fantasy. Is that your preferred genre when acting? How is live action prep different from voice work prep?

LB: There’s a lot more prep time that goes into live work, at least on my end. Voice work is more about imagination. With film and TV work, there are so many things that effect your performance, from makeup to wardrobe to sets, it’s honestly hard to compare the two.

Escapist: One of your portfolio stills has you screaming with a controller in your hand. What games are you playing now? What would you say your favorite game of all time is?

LB: Right now I’m playing Ori and the Blind Forest. So beautiful. My favorite console game is DragonAge. But I pretty much love everything BioWare puts out. I grew up on the PC playing Sierra games. King’s Quest, Quest for Glory … Arcanum. Not too many people have played that last one but it’s one of the first games I remember hearing a voice performance that I connected to.

Escapist: Single-player or multiplayer and why?

LB: Single probably. I’m the type of gamer that spends hours deciding my haircut. So I switch equipment and gear a lot. I always feel bad making another player sit through that.

Escapist: As a gamer, where would you like to see the industry go in the next five years? What is the next big thing? 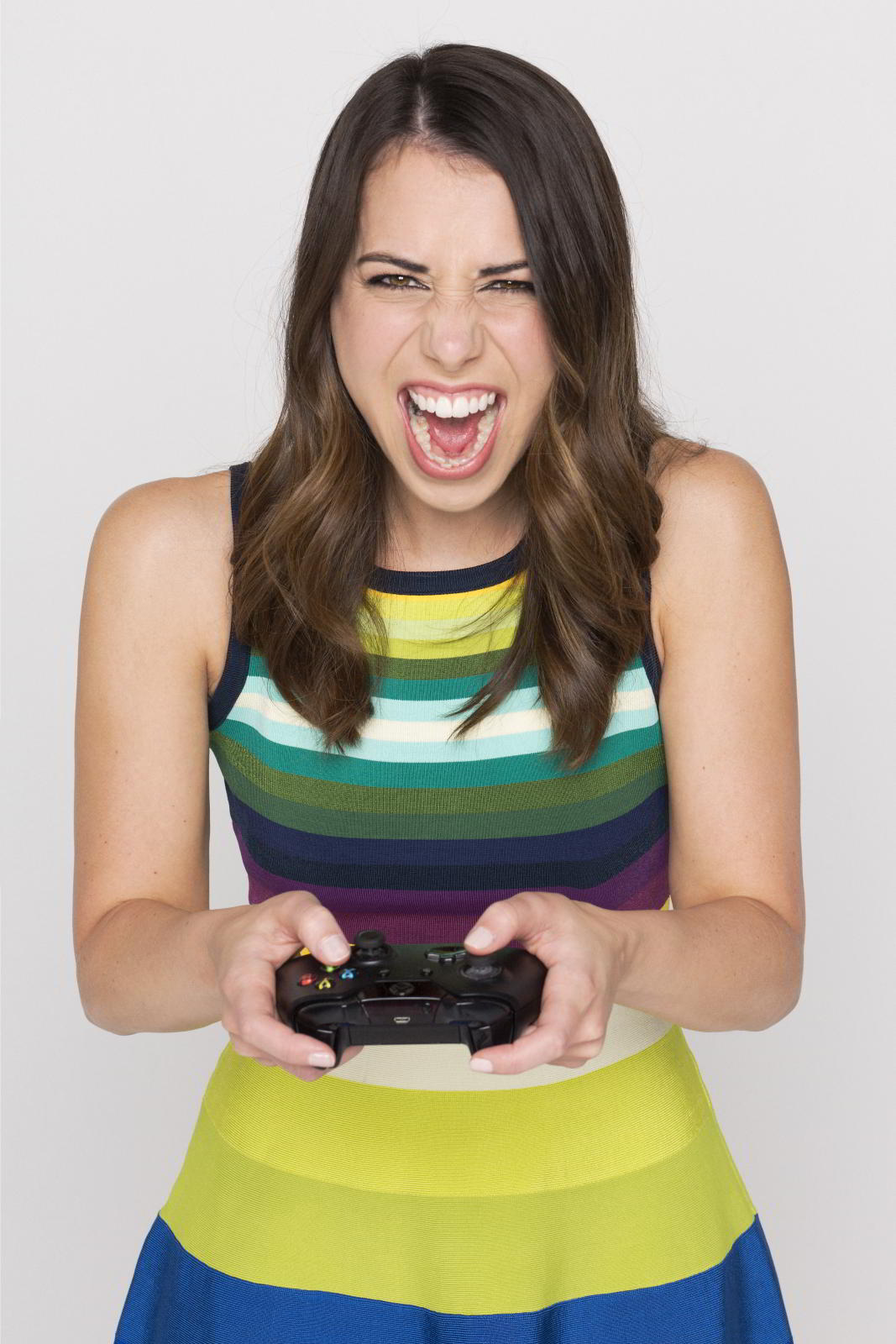 LB: Oh man, after such cinematic experiences like The Last of Us, I’d love to see more games like that with characters that are truly fleshed out. Protagonists that can’t be easily defined but exist on multiple levels. I feel like more of the projects I’m auditioning for and working on right now are displaying those sort of roles, which is a really beautiful thing.

Escapist: Let’s shift the conversation to Critical Role where you play D&D with other voice actors. You guys look like you are having fun. How has that experience been? What is your favorite D&D character you have played?

LB: It’s so much fun! I hadn’t ever played D&D until just over three years ago and I can’t believe I missed out on it for so much of my life. We were approached by Geek and Sundry for Critical Role about two and a half years into our already established campaign so they started filming us mid adventure. My character on the show, a half elf ranger, is the only D&D character I’ve ever played. It’s so weird, because for years this world we all play in has existed solely within our own minds, but suddenly there are thousands of other people that see it with us. Suddenly it feels so much more real.

Escapist: Have you played other tabletop RPGs or miniatures games?

LB: Well, I played Dread on Tabletop season 3, and did a little guest spot in a friend’s Star Wars campaign, but outside of that, just TitansGrave.

Escapist: Of course, this then leads us to Wil Wheaton’s TitansGrave. What have you enjoyed most working on that project?

LB: I think what was so great about that show is that it took me outside of my comfort zone. In all my RPGs, video games included, I play as a stealthy character. I’m a sneaky wizard or archer who stays away from the main cluster of combat. But with TitansGrave, pretty much all the other players chose stealthy characters too, so I decided to turn Lemly into the tank. And it was so much fun! She’s basically this little girl who acts long before she thinks and kicks serious butt.

Escapist: Given your more than 15 years of doing voice work, any crazy or outlandish stories that you would care to share from any of your projects?

LB: Well, my room was decorated in Star Wars posters growing up. I’m such a big fan, so recording with Mark Hamill was a pretty surreal day. I was working on Regular Show and trying to not show how big of a geek for him I was the whole time. Crazy.

Escapist: Where do you see Laura Bailey in five years?

LB: Wow, hopefully doing more of what I love. More and more roles are being written for women in games, which means the opportunities to play something powerful and compelling keep growing. I can’t wait to see what comes next.