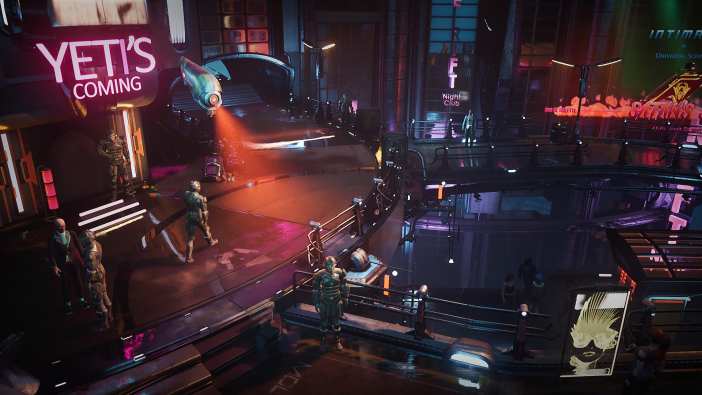 There’s generally an expectation when it comes to RPGs — that no matter how expansive its story, well-written its characters, or original its premise, you’re eventually going to battle it out with rooms full of enemies and loot their corpses. So, when you first hear about an isometric cyberpunk RPG like Gamedec, you expect something along the lines of the Shadowrun games developed by Harebrained Schemes: explore a technological dystopia, uncover some conspiracies, and spend a lot of time turning living things into dead things.

Gamedec manages to completely avoid that formula. It doesn’t even have a combat system to speak of. Gameplay consists of inspecting, hacking, interrogating, smooth-talking, making deals, and staring out a window contemplating the tech-saturated landscape. Most of this plays out through a series of dialogue boxes. It does still have a skill tree and character progression, but it’s focused on areas of expertise like technology, crime, charisma, and medicine, all of which give you different advantages and disadvantages along the way.

The focus of Gamedec is on choice, which was made clear in the Kickstarter trailer that ends with the statement: “There are no wrong answers, only false assumptions. You are the sum of your choices.”

My first choice in the game ended up accidentally putting a woman in a coma, which certainly feels like a wrong answer, but it served as a good introduction to a game centered around the idea that your choices have consequences.

You play as a Gamedec, which is short for Game Detective, and your job is to find clients and solve crimes in the cyberpunk world of 22nd century New Warsaw. These crimes take place inside virtual worlds, which some of the inhabitants seem to consider just as real as reality — or “realium,” as the game has a tendency of calling it.

There was only one case available in the build I played: A rich CEO’s kid is stuck in one of these worlds, there’s an unknown girl stuck alongside him, and a friend of his that managed to get out is tight-lipped about what’s going on. Your job: figure out where the son went, get him out of there, and try to make enough money in the meantime to stay afloat.

Gamedec makes use of a “deduction” system, which you use to reach conclusions based on the information you’ve uncovered in order to advance the story. It prevents you from exploring multiple possibilities at once, which is a bit odd, though it seems like the intent is to force players to make choices that have lasting consequences. But if that’s the reason for the system, it doesn’t really work, since every path I took eventually led me in the right direction to uncovering the culprit.

But despite all that, there are plenty of ways to completely, utterly screw up the investigation. The first time around, I was more cautious than I should have been and complied with a criminal’s demands, leading to a less-than-happy ending for everyone involved. There’s also a choice to force the CEO to deal with the issue himself in hopes of improving his fractured relationship with his son — a choice that sounds nice in theory, but it doesn’t end well. 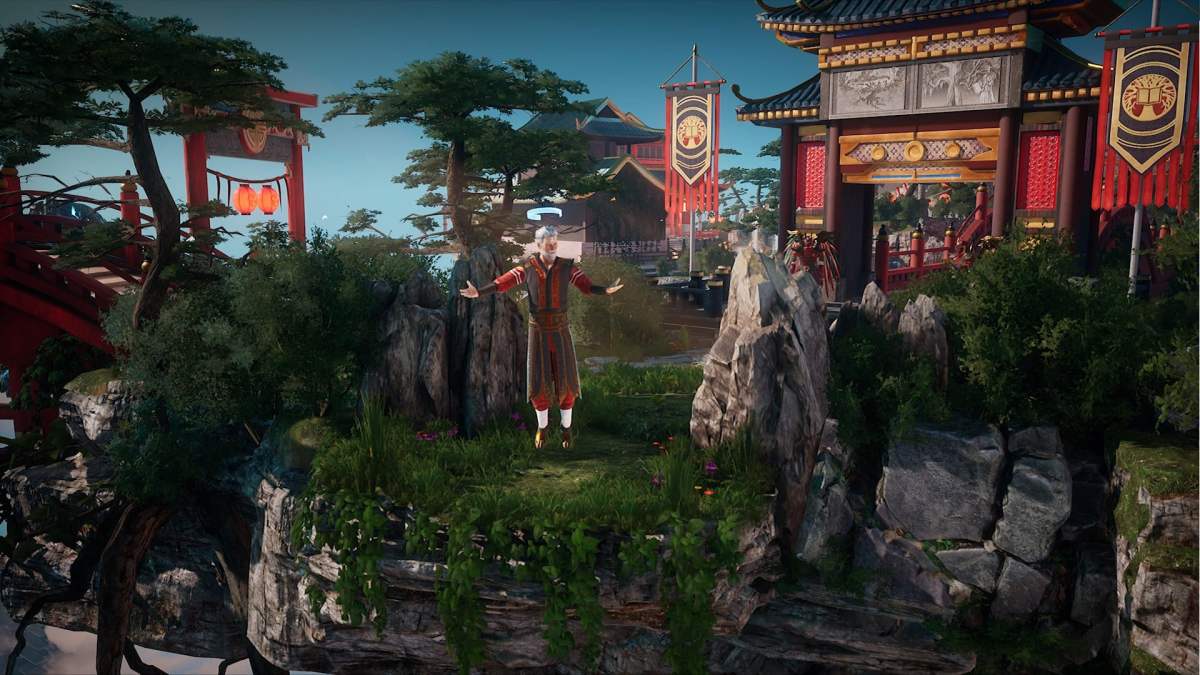 There are additionally a good number of choices in Gamedec that can have consequences further down the line — befriending a brash, rage-filled esports star, for instance, led to his rescuing me from a sticky situation by crashing a vehicle through a wall. On one run-through, I also made the less-than-cautious decision to let a sentient AI loose upon the world, which actually ended up helping me out later down the line.

There’s a choice that lets you go completely in the wrong direction and start searching the wrong virtual world for the boy, though unfortunately that other virtual world hasn’t actually been programmed in yet.

The one virtual world I was able to visit was a bit disappointing in its aesthetic. The world is a seedy, wrong-side-of-town-type environment. While it does fit the cyberpunk theme, the only detail to even suggest that you’re visiting a virtual world is the player who glitched the game so as to play as a unicorn.

The difference between the virtual and the real does play a big role in the plot, however. As you dig deeper into the case at hand, you discover a pretty clever reason as to what caused the boy to get stuck in the first place, and you have to rack your brain to come up with a way to free him. 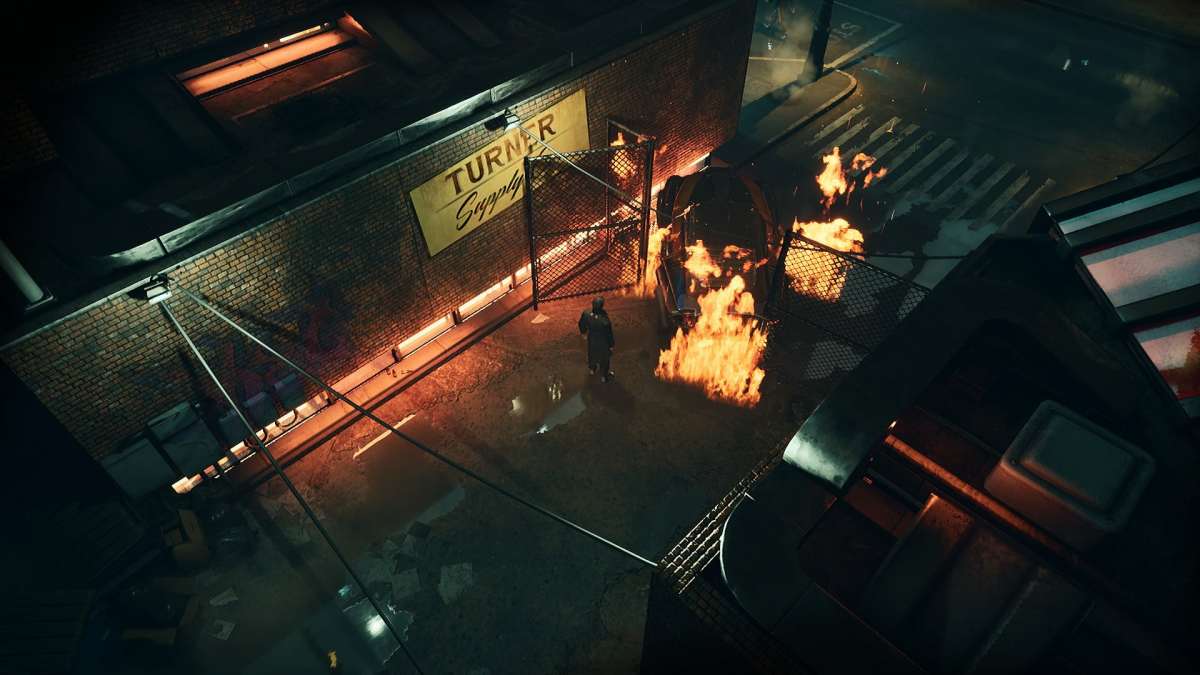 In the end, it felt satisfying to return the kid to his dad in one piece — and only a little brain-damaged. Yes, that damage was completely my fault. I didn’t admit that to my client when debriefing him though.

My main concern for Gamedec is this: Can the writers actually keep this up? Actions having major consequences over the course of one mission is one thing, but it’ll be hard to write a longer narrative that keeps track of everything that’s happened over the course of the game. I suspect that’s part of the reason the second virtual world wasn’t programmed in — the more choices a player has, the more possibilities a writer has to consider.

But if Anshar Studios manages to make player choice matter to this degree throughout the entire game, it will have accomplished something astonishing.