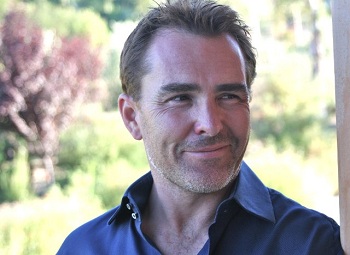 Nolan North, the voice of many popular video game characters including Uncharted‘s Nathan Drake, and Desmond Miles in Assassin’s Creed, who most recently replaced Peter Dinklage as the voice of the player’s Ghost companion in Destiny: The Taken King, has voiced his opinion on the representation of women in video games.

The British tabloid Daily Mirror boldly claims that North thinks video games are sexist, both in the headline and in the first sentence. This claim runs contrary to the opinions he actually expressed, however, as his references were largely in the past tense. He spent much of the interview referring to games as they once were, not how they are today.

North said that games once had a tendency to feature female characters as women with “big boobs and bikinis.” In their representation of women, most modern games developed in the West have veered away from depicting women as eye candy, barring a few exceptions. Most mainstream titles tend to present less overtly sexualized imagery of women. And even in the games that do present sexuality, the depictions are usually intended to be mature, rather than simply being there for the sake of titillation.

Games like Metal Gear Solid 5, which has been widely criticized for its depiction of the sniper named Quiet, are hardly representative of the medium as a whole. There are exceptions to every rule, and this is one of them.

And while some might argue that Japanese games tend to present character designs that are more sexualized than those in the West, one need only point out the games Nintendo makes as proof that there exists a broad spectrum of character designs. In Japan, just as it is in the West, female video game characters are not a monolithic archetype. To cite a couple of examples, Bayonetta is well regarded for being a badass with agency, in contrast to the unusually helpless Princess Peach, who needs saving in every other Super Mario Bros. title. You’re probably thinking of a couple examples yourself right now. And they’re probably different from the examples another reader is thinking of, and so on down the line, proving that the representation of women is every bit as diverse in Japan as it is in the West.

In the interview, Nolan North went on to state that “for a long time, games were just, you could call it, sexist.”

“It was just business, because what happens when teenage boys are your main audience?” North continued. “You design big, badass superheroes and women with big boobs and bikinis.” It’s debatable as to whether such representations of women were truly endemic in video games – especially those made in the ’90s, but one thing’s for sure: that’s no longer the case.

Your perception of women in video games in the 90s largely depends on the kinds of games you played at the time. Role-playing games like Fallout and Baldur’s Gate, and popular adventure games from LucasArts and Sierra featured women with agency and depicted them in a variety of main roles-both as heroes and villains. They were characters players could relate to, sympathize with, and even play as.

North went on to say that the vast majority of gamers used to be kids, but they’ve since grown up and have begun to expect better material.

This is highly reflected in how Tomb Raider star Lara Croft’s design evolved over the past two decades. She’s not necessarily more “covered up,” as Daily Mirror says in a caption below an image of Lara Croft in her latest (spinoff) game, but thanks to Rhianna Pratchett’s writing, she’s certainly been graced with a complex personality and emotional depth.

North pointed to Tomb Raider as evidence that the issue is “getting better.”

Given that the vast majority of video games today offer a diverse range of depictions of characters – male and female alike – it’s fair to say that players now have their pick of the litter. Regardless of genre, the “sexed up” female characters that once seemed like the norm (especially in action titles) are no longer representative of how women are portrayed in the games that many gamers enjoy today.

The incredibly diverse, and very often positive representation of women in video games is something to be celebrated. If your gaming experience doesn’t jive with this, you might be pleasantly surprised if you’re willing to explore genres outside of your comfort zone. There’s a vast wealth of experiences that games have to offer, so if your regular gaming experience doesn’t include genuine representation of women, you may well just need to expand your horizons. We gamers have a collective love of exploration, and there’s no time like the present.