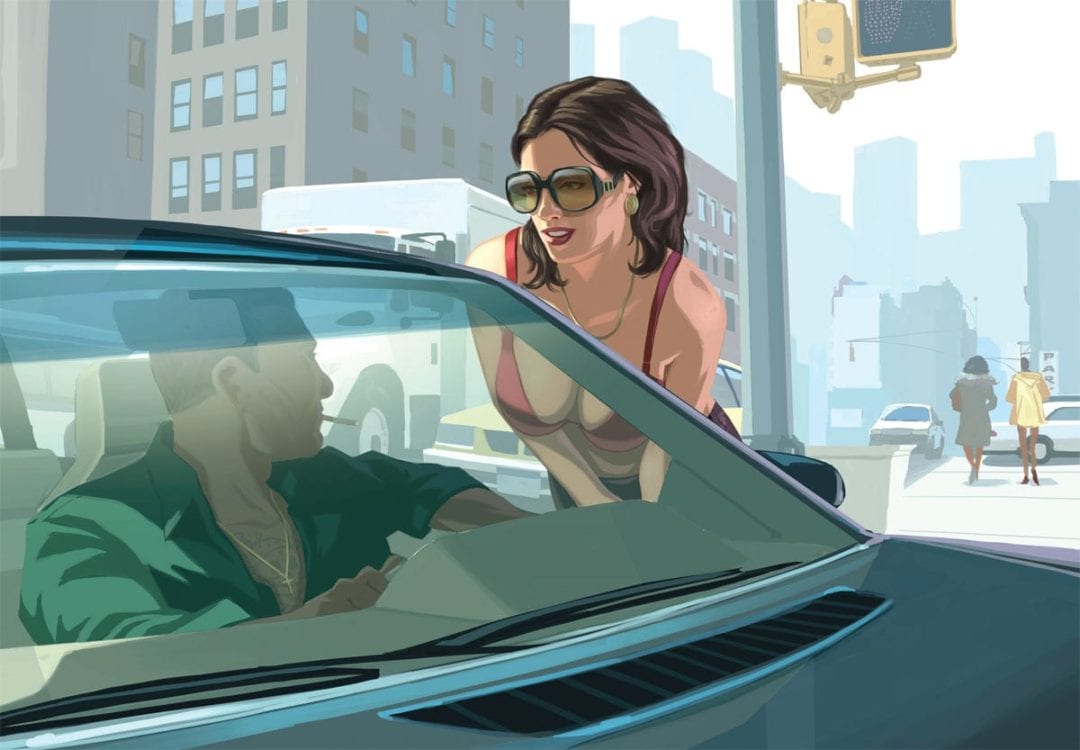 I never really paid attention to Latina game characters until I revisited Silent Hill 4 this year. The character of Cynthia Velasquez inspired me to explore other game characters to see how Latinas are represented. Of the few that exist, most fall into a couple of categories: temptresses, victims, gang members, and other criminals. Several are employed in more respectable professions like law enforcement. Some have an exotic quality, often going hand in hand with being sexualized. And although real-world Hispanics have a wide range of skin colors, most video game Hispanics are within a narrow range of tan to caramel brown. Their roles are most often minor ones.

A 2001 study by Children Now found no Latinas in the top-selling games. More recent research by Dr. Elizabeth Behm-Morawitz of the University of Missouri-Columbia focused on video game magazines and noted that Latinas accounted for less than one percent of characters and were not featured in-game ads at all. I spoke with Dr. Behm-Morawitz as well as Raquel Bujans, a Tools Programmer at Kaos Studios, for some additional perspective from inside and outside the industry.

It probably isn’t surprising that most of the Latinas I could find (and by no means do I claim an exhaustive list) are from urban crime-themed sandbox games. Grand Theft Auto IValone has four. Others include Saint’s Row‘s Luz and Crackdown‘s Violetta. The portrayals in these games are very stereotypical, but to be fair, most characters in this genre are caricatures. As a Latina from New York City, I can’t say they’re wrong, only limited.

Grand Theft Auto III and San Andreas feature Catalina, a bank robber who loves violence and uses men for sex and criminal partnership. Prostitute Lola Del Rio never actually appears in GTA IV, but her lollipop-licking image was used widely to promote the game. Mallorie Bardas is a less sensational character: She works for a living but still associates closely with criminals, including having an affair with a local crime boss. Elizabeta Torres, a drug dealer who feels her operation about to go under, is one character that isn’t sexualized. She is tall and stocky. The game also implies that she may be a lesbian. She dances seductively with Carmen Ortiz, who is later one of antihero Niko’s girlfriends.

Another trend was victimization. My inspiration for this piece, Silent Hill 4‘s Cynthia Velasquez, is the first of a string of victims that protagonist Henry meets. Dressed in a miniskirt and a tight, low-cut shirt, Cynthia immediately offers Henry a “special favor” in what she thinks is an alcohol induced dream. Initially, I thought that Cynthia was a prostitute. But her portrayal as a sexualized victim is necessary for the misogynistic serial killer storyline. She is “temptation,” the embodiment of female sexuality. When there is a plot-based reason for objectification, it seems somewhat more forgivable.

Gears of War 2‘s Maria Santiago is the latest Latina victim. After suffering the loss of her children and watching her husband go to war, she disappeared. Her plight, and her husband Dom’s search for her, adds depth to his story, but her character feels slightly shallow – the game’s emphasis isn’t on her disappearance, but rather how her fate affects Dom.

Silent Hill 2‘s Angela is sexually abused by her father and later murdered him. She feels like she deserved what happened and has a deep mistrust of men. She ends one boss fight by slamming a TV onto the head of a creature representing her father in the act of abusing her. Angela finally disappears up a burning staircase, suicidal, her ultimate fate unknown. She is one of the few Latinas that wasn’t sexualized.

Most of these women are, however. Isabela Keyes’ character art for Dead Rising shows her legs apart, back arched, chest puffed forward, straddling a huge gun. Her lips are parted, and she’s dressed in a cropped top that laces up the front with strappy heels and cropped pants. Just what I’d wear to a zombie massacre! The game’s protagonist, Frank West, on the other hand, is fully dressed. There’s nothing there to objectify him or draw attention to his body.

By now, the discussion of female objectification in games is somewhat tired. But it’s still relevant to note where progress has been made. The stereotype of Latinas as spicy “spitfires” is older than Carmen Miranda. Even the casting ad for Crackdown‘s Violetta Sanchez (a gang recruiter) asked for a “fiery” type. Sure, there’s a fantasy element to game characters with perfect physical attributes dressed in unrealistically unsuitable gear. But when it comes to objectification, the “games are fantasy” excuse has limits. We’re living in a time when characters like Alyx Vanceare not merely possible, they’re popular. That said, Bujans brought up an important point: “Some people think of Latinos in general as being very strong, crazy, fiery, passionate characters – good qualities for a video game hero.” It isn’t always negative to project a fiery or even a sexy image.

It was an interesting discovery for me that Lara Croft was originally going to be a South American named Laura Cruz. Designer Toby Gard was pushed to change her name and background on request from Eidos to make her more “U.K. friendly.” Lara Croft is arguably the ultimate double-edged sword of a female character: She’s clever, athletic and extremely capable, but also quite idealized with an emphasis on her physical attributes.

The good news is there are some characters that are portrayed positively, or at the very least, with more realism and nuance. The Longest Journey was one of my favorite PC games last decade. Zoe Castillo of Dreamfall, its sequel, is an average young woman. A university dropout unsure of what to do with herself, ZoÃ« feels adrift but learns what she’s capable of when thrown into a quest involving corruption and two parallel worlds.

Carmelita Fox of the Sly Cooper series is a tough, determined Interpol detective. Her clothes are a bit too revealing for an inspector, but in general she’s a respectable, passionate character. True Crime: Streets of LA features Rosie Velasco, a cop who admittedly used to run with local gangs. She is a strong character who is shot early on and assigned to desk duty most of the game. She helps progress the storyline, but it’s slightly disappointing she lacked a more active role. Isabela Keyes worked in a lab, and she is both intelligent and strong. While a victimized character, Maria Santiago is portrayed briefly in flashbacks as a typical wife and mother.

Sure, there are actually Latinas out there who are prostitutes, but there are also those who are spies, scientists, soldiers and cops. If games are aiming for more realistic characters and reasonably plausible scenarios, then why not feature some varied depictions of Hispanic women? I’m curious to see if this will change in the next decade or two since the Hispanic population is set to grow even further. It isn’t game designers’ jobs to accurately reflect changes in demographics, but it would be nice to see a bit more diversity.

So what might help shift portrayals of Latinas? And why should we care? The IGDA estimates that three percent of developers are Hispanic. More minorities in game design might help, but as Behm-Morawitz notes, “Game producers need to recognize that people will buy games with character portrayals that are more diverse and less stereotypical.” Increased diversity among developers is only one step. She also brings up the fact that “research shows that exposure to media stereotypes can have a negative influence on how we think about ourselves and others.” That is one of the more important reasons why this kind of examination is so important.

I’ve been a gamer my whole life, yet I never really noticed how games depict Latinas until a few months ago. I was curious whether I was alone. When I asked Raquel Bujans for her impression of Latina characters, she admitted she hadn’t really noticed them either. Fantasy and escapism is a large part of designing games, but there is a degree of responsibility shared among all media to represent people of different backgrounds fairly – especially when the effects of stereotyping persist long after the final credits.