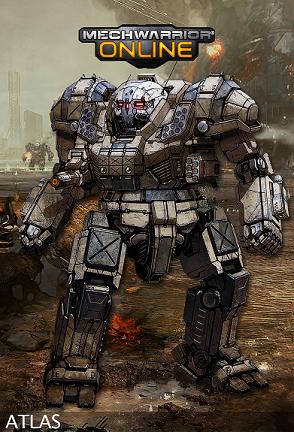 It plays like MechWarrior 4 and looks like Crysis 2. I’m kind of tempted to end the preview right there because, if that description doesn’t make Piranha Games’ upcoming resurrection of the franchise a “must play,” nothing else I say is likely to matter. On the off chance that you’re still not convinced, maybe I should also mention it marks the series return to the PC as well as its entry into the free-to-play market. Still not convinced this is the giant robot combat game to watch in 2012? Then read on.

Piranha Games has been the rights holder to the MechWarrior brand since 2008, when it worked with FASA founder and Battletech producer Jordan Weisman, who had just recovered the franchise from Microsoft. The team’s passion and reverence for the game is evident both in their attention to detail and their focus on what makes MechWarrior so appealing in the first place.

When you first see the game, it’s easy to be beguiled by the visuals. Using CryEngine 3, MechWarrior Online is breathtaking. The demo level is an idyllic sort of country scene, full of hills, trees and streams. It’s not only highly detailed but thoroughly beautiful as well. As we tracked our mech across the level, we passed by postcard-perfect waterfalls, stomped our way across serene lakes and darted in an out of stands of trees. It made me even more anxious to see the team’s treatment of the other iconic Battletech environments. Ice, desert, and city levels will all be available at launch.

Once you get past the looks, you’ll be able to appreciate the level of detail in the mechs themselves. Though the game includes a full heads-up display, the cockpit of each mech gives you all the information you need with regard to weapon and damage status, the location of nearby mechs and your current heat levels. The various panels and readouts all work in real time, which makes you feel like you’re really piloting one of these massive machines. You can even use free look to get a closer view of all the components on the interior of your mech. You’ll see them respond to damage as well, with sparks flying around as displays shutdown and steam rises from overheating.

The mech we’re piloting is a Hunchback, a 50-tonner that’s slow but packs a big punch. Pulling the camera back, we can see it’s equipped with two underarm laser cannons, another laser in the chest, and a shoulder-mounted autocannon. Back in the cockpit, the developers explain that each weapon fires from its specific location, so it’s possible that an enemy behind a hill could have cover from the arm and chest lasers but not the higher mounted autocannon. What’s particularly cool is that you can target the arms independently of your chest and shoulder mounted weapons, meaning you can take on two targets at the same time. Customizable weapon groupings and a full-featured mech lab allow you to customize your mech’s loadout to be exactly what you need for any given role.

This idea of role is one of the main focal points for development. To discourage the entire community to gravitate just toward the largest and most powerful weapons platforms, the developers are including a number of rewards for more supportive play. In our demo, a lighter and faster Jenner discovered our Hunchback and after a couple of hit and run attacks, bounded off over the hills to relay our position to the rest of his lance mates. This non-assault type of play offers the same experience points you’d normally earn in combat. The Jenner, might for instance, merely be looking for targets for a slower Atlas who’s waiting to ambush the Hunchback if he chases the Jenner down.

Sure enough, that’s basically what happens in the demo. After finally cornering and destroying the nimble Jenner, our Hunchback runs into the gigantic Atlas. Armed with a wide range of incredibly deadly weaponry, including lasers and more missiles than a small country, the Atlas pounds away at our mech, stripping away armor, weapons, an even an entire arm before our mech overheats and explodes.

There’s no single player component to MechWarrior Online; right now all play is online player-verus-player in matches with up to 12 mechs per side. The idea of having six different lances battle it out at once is definitely exciting, as are the development team’s plans to create a persistent context for the battles via an Inner Sphere map where victories and defeats determine who owns what territory.

We haven’t had a decent MechWarrior game since 2002’s Mercenaries. After Microsoft’s MechAssault in 2002 and 2004 for the original Xbox, the franchise has been stagnant, at least as far as videogames are concerned. That makes Piranha Games’ faithful and ambitious revitalization even more attractive. I’ll definitely be keeping an eye on this one, and the more board-game inspired MechWarrior Tactics, in the months leading up to the summer release.