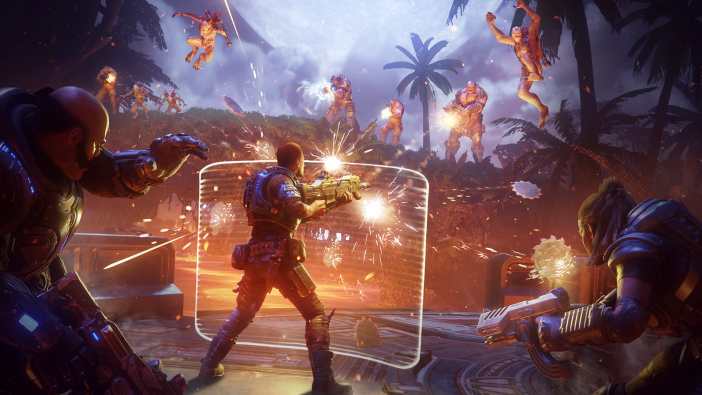 I have no idea why Microsoft and Xbox aren’t making a bigger deal out of the new Gears 5: Hivebusters expansion, but they absolutely should be. Hivebusters is a wonderful mini-campaign that sends you to beautiful and dangerous untapped corners of The Coalition’s science fiction universe. In its scant three-hour runtime, it merges Gears’ familiar and excellent combat encounters with a new origin story of sorts that does a great job of acting as a stopgap on the road to the next proper installment in the series. It also doesn’t hurt that running on Xbox Series X, Hivebusters is one of the best-looking games I’ve played on either one of my new consoles.

The thing that immediately came to mind as I played through Hivebusters was Halo 3: ODST. Bungie’s 2009 shooter for the Xbox 360 was originally conceived as a side project that acted as a bridge between Halo 3 and Reach. It brought the focus of the story away from the operatic grandeur of Master Chief and instead pointed the camera towards the more grounded and personal story of an unnamed soldier and the titular Orbital Drop Shock Troopers.

While Hivebusters doesn’t play with form and structure in the same way that ODST’s open-ended mission design did, the fact that it moves the focus away from Kait and the Fenix family leaves its story free to stretch its legs without fear of bumping into five games of lore. You play as the newly formed Scorpio squad, a trio of COG misfits that specialize in dangerous, Dirty Dozen-esque missions deep into Swarm hives. The banter among the three members, the stories they tell, and the effective bits of characterization do an excellent job of fleshing out who these people are in an economical way. I found myself taking my time while exploring areas just so I could let the dialogue play out between combat encounters.

One of the standout elements of Gears 5: Hivebusters is its setting of the volcanic Galangi Islands. The environments you briskly move through jump from lush jungle, to rivers of lava, to tribal villages, to deep and untapped wilderness that almost resembles Pandora from Avatar. These locales are wildly different from the places Gears has taken us before, and the bright and vibrant color palette is the exact opposite of the browns and grays of the original’s “destroyed beauty” vibe. At times, the setting feels more like an Uncharted or Far Cry game than Gears, and I mean that in a good way.

Despite being a short campaign, I loved the variety packed into every encounter. While you’ll deal with the familiar rogues’ gallery of Pouncers, Rejects, Snatchers, and Wardens, the game does a great job of mixing and matching what it throws at you. This kept me on my toes, demanding I switch up my strategies. The series staple of being able to only carry two weapons and a pistol at any given time had me constantly picking up and rotating through new weapons dropped by enemies in order to be best prepared for the given situation.

On a macro level, Hivebusters strips away some of the new elements introduced in Gears 5. You won’t be traversing any massive, sidequest-filled open areas by vehicle. The campaign here is fairly linear, with the most open elements coming from the larger combat areas you continually find yourself in. I loved how most of the encounters had some variable outside of the enemies that you could use to your advantage. For example, in the underground caves, shooting volcanic stalagmites causes a geyser of lava to douse anything in its vicinity. These sorts of elements gave each battle an improvisational feeling. 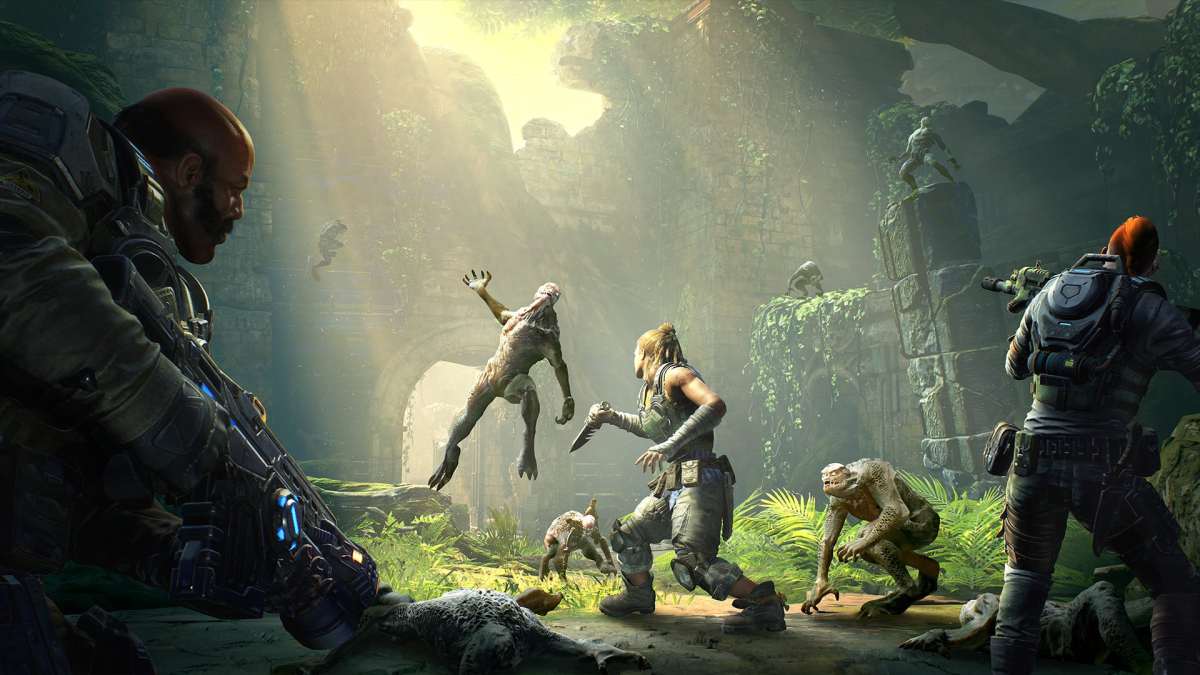 You also don’t have Jack alongside you as an upgradable robot companion. Instead, each of the three main characters has a distinct ability set on their own cooldowns — Keegan can drop a small beacon that slowly refills ammo of anyone in its radius, Lahni has an electroblade that can shock and stun enemies, and Mac can throw up a mobile energy shield. There are collectables scattered throughout the levels that allow you to upgrade elements of each ability, and by the end of the campaign, I found myself constantly cycling through the three of them in order to survive.

In a way, Hivebusters feels like The Coalition stretching its wings and getting used to working on new hardware. Each setting is more impressive than the last, with the final act showcasing some of the best-looking environments I’ve ever seen in a game. If this is the developer’s inaugural effort on the Xbox Series X, I can’t wait to see what the next proper installment looks like.

Gears 5: Hivebusters also marks a smart move for Microsoft in terms of keeping Gears alive and thriving. It joins a growing list of experiences that fill in the wait between major installments of beloved franchises with smaller, more standalone stories. Sony’s embraced this in recent years with The Last of Us: Left Behind, Uncharted: The Lost Legacy, Bloodborne: The Old Hunters, and most recently Spider-Man: Miles Morales. It would be great to see Xbox adopt this model going forward in franchises like Halo, Fable, and Perfect Dark.

Again, it’s truly baffling to me that Microsoft and Xbox aren’t making a bigger deal out of this. Sure, it might’ve hit a month after the launch of the new consoles, but Gears 5: Hivebusters is the best thing I’ve played so far on my Series X. It trims every bit of fat and delivers an excellent micro adventure that’s still filled with all the tense combat encounters, brilliant set pieces, terrifying bosses, and witty banter that makes the Gears franchise one of my favorites.